‘Emily the Criminal’: Student debt made her do it 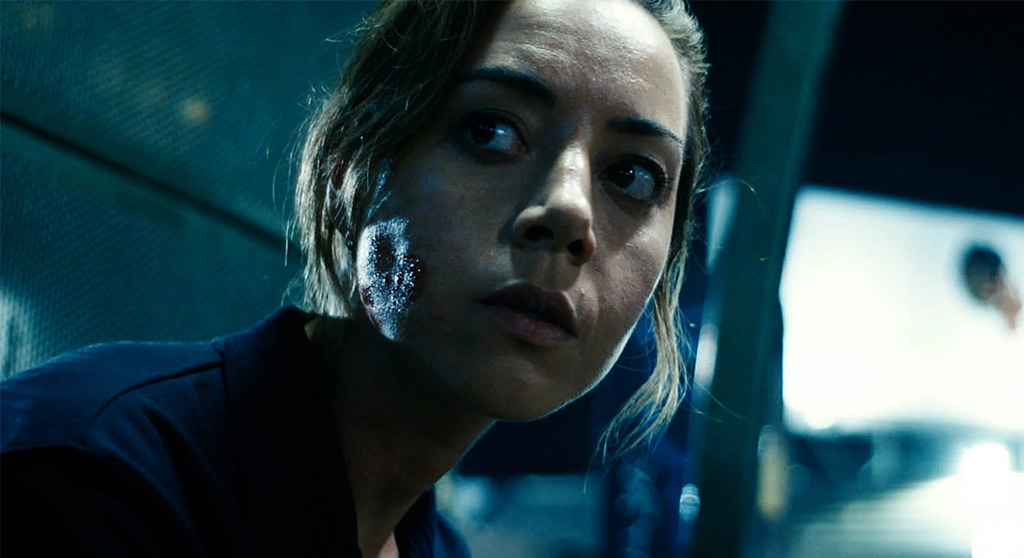 ‘Emily the Criminal’: Student debt made her do it

Aubrey Plaza may just be indie film’s “it” human of the moment. With accolades for performances in critically noted, smaller fare such as “Black Bear” (2020), “Ingrid Goes West” (2017) and this slide from millennial slog into crime – a Sundance hit – Plaza’s proven capable and clearly on the edge of a breakout. Directed by John Patton Ford, pulling from his experience of cracking under the weight of student loan debt, “Emily the Criminal” concocts a narrative that’s just as much character study and social commentary as it is a crime drama.

Plaza stars as the titular Emily, out of school, talented but unable to land a gig. Part of the problem is that she has a record. The publishing/graphic design industry she wants to break also into requires a demurring personality and the ability to work an internship for six-months-plus for free. Emily’s a quietly take-no-shit kind of person, but she also needs money, which leads to the occupation of the title. Shlepping as a caterer, trying to get a real job and pay off mounting bills, Emily gets hooked up through a friend with a dicey yet amiable character named Youcef (Theo Rossi), an immigrant with hopes of realizing the American Dream who’s running a credit card scam to achieve it. Emily, living the American Nightmare, gets in on it, tangentially at first. Then she and Youcef find they have more in common, including dealing with his troublesome brother who is threatening the side biz and its mounting pile of cash. We find out later about Emily’s past transgression – and god forbid if you cross her; the payback is X-Acto knife justice for a shady couple who get onto her scheme. Then there’s her interview for that coveted publishing gig (with Gina Gershon!) that’s almost as captivatingly fiery as Matt Damon’s high-rise job interview in “Good Will Hunting” (1997).

“Emily the Criminal” clicks because of Plaza. No Plaza, no clicking. Gershon and Rossi are great accoutrements who have seamless chemistry with Plaza, knowing how to play off her without deferring to her. It’s a confluence of smart casting, lived-in performances and directing by a person who understands his performers and their characters deeply. Still, Plaza: Not enough can be said about her subtlety, or how much she does with a sneer or a shift of her large, luminous eyes. It’s a filmmaking turn. After seeing “Emily” you’ll want more of her, both streaming (the above cited films are worthy) and in the future. My only (selfish) hope is that she doesn’t go commercial and get lost, the way Brie Larson (“Room”) did (“Captain Marvel”).