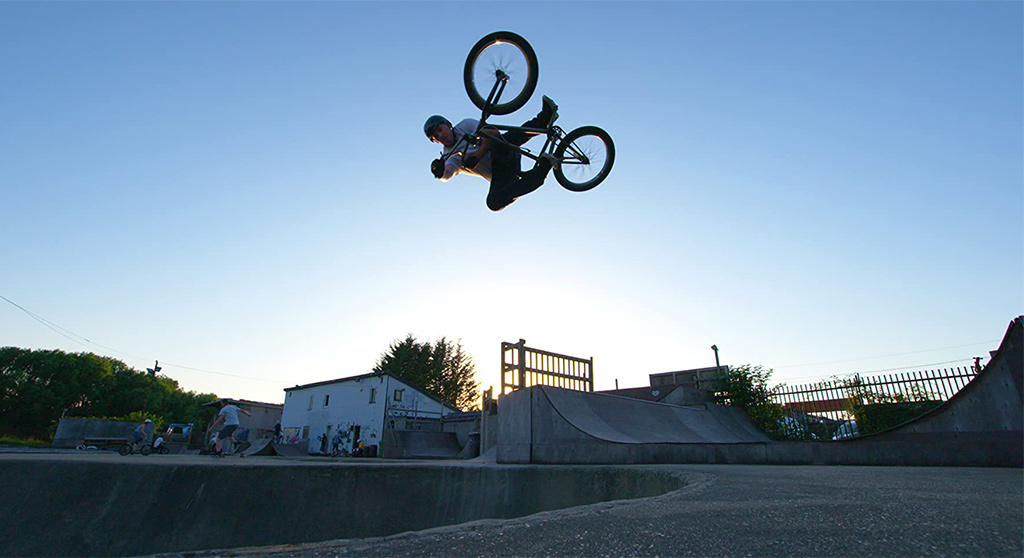 Get them while they last: Tilda Swinton T-shirts to support the Brattle Theatre, available through Nov. 25.

Lube up your crank for a bike film fest 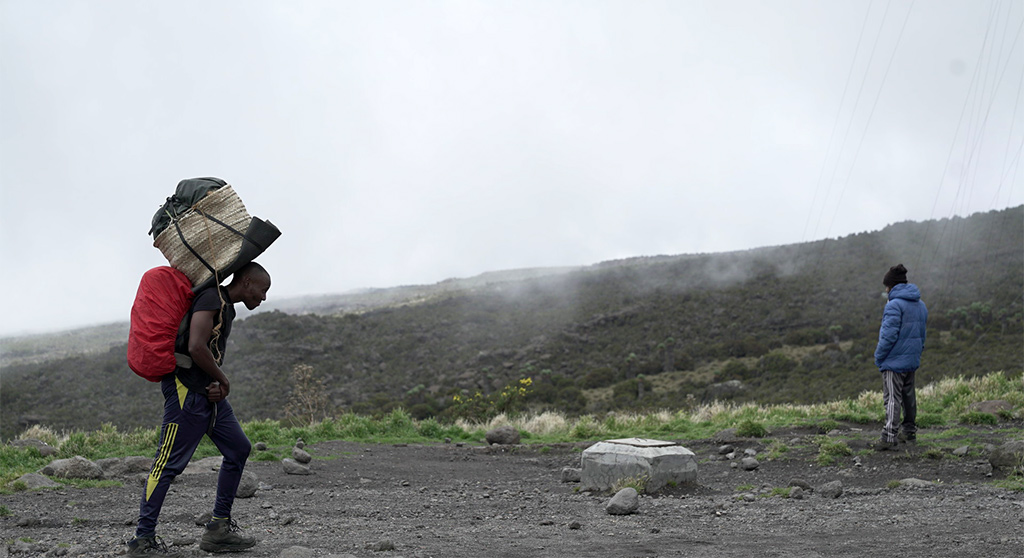 The 11th Annual Bike Travel Film Festival rolls into the Regent Theatre virtually this year. Presented by Ciclismo Classico, the two-wheel focused fest is a collection of cycle adventure films that include “North Star Calling,” about bike camping in Montana’s national parks; “Riding Kibo” the tale of a Pakistani woman who climbs Mount Kilimanjaro with her bike in tow; and “Journey to West Africa,” which follows a Dutch cyclist riding from his home to cross Africa. The films are meant to enlighten, inspire and encourage those in the bike community and the bike-curious. Tickets and information are on the Regent website.

Writer/director Sean Durkin made a sensational debut with the nervy “Martha Marcy May Marlene” nine years ago; this follow-up is full of mood and edgy as well, but isn’t as dark or deep as his freshman effort. The cast is spot-on, with Jude Law (who gets better with age) as a chap named Rory, a British financier living in the United States with his “beautiful, blonde American wife” Allison (Carrie Coon, from “The Leftovers” series). Something about business and a whim has Rory move the family back across the pond, where they have a grand estate and a high-flying lifestyle, but the money’s not flowing as Rory had hoped – he’s a reflection of 1980s greed, gambling on one big deal, and then weird things begin to go bump in the night and Allison’s prize stallion becomes stricken and suddenly ill. There’s not a lot of movement here, just slow-building dread and resentment. Not all the pieces click, but it’s an effectively moody stir. (This review ran Sept. 20 when the film played Kendall Square Cinema; it comes to VOD this week.)

Small indie actor turned small indie director Lawrence Michael Levine cranks out this très meta film-within-a-film curio that captivates on a number of plateaus. The film begin with the awkward Adirondack pairing of Allison (Aubrey Plaza), a “small indie actress” turned writer-director of “small, unpopular films,” seeking creative inspiration at the recently inherited lakeside cabin complex of Gabe (Christopher Abbott) and his expectant SO, Blair (Sarah Gadon). Odd allegiances and sexual tensions flare up as the night wears on, and Levine early on flips the lens to show the trio are actors in a movie being shot by “a small indie crew.” The leads are quite compelling, but mostly it’s Plaza (“Ingrid Goes West,” “Scott Pilgrim vs. the World”) who really digs deep to bring Allison’s internal conflict subtly to the fore. She’s a riveting presence, even if the material can’t keep up with her.

A fitting elegy for a massive British skate park, told through nostalgic footage of skaters and fans in the ’70s and ’80s and the fight for its survival in the present by a a coalition of old school skaters, BMXers and street artists. Reflective memories showcase the nature of punk/skate culture racism rampant in England at the time, and the uneasy watering hole tensions between BMXers and skaters. Most inspirational in Matt Harris’ doc are the riders from back then, now gray and pot bellied, some pilots, others IT experts and still others corporate office workers, who reflect fondly on their time in the park and the kindredness of the experience – and who still lace up the Vans and shred cement with ardor. It’s not quite as poetic as Stacey Peralta’s “Dogtown and Z-Boys” (2001) but it captures the same spirit a pond hop away.

Mel Gibson plays Santa Claus in this dark ho-ho-ho that has Chris (Cringle) deep in negotiations with the U.S. government to provide better gift coverage – he can’t cover costs or pay his mortgage. Then there’s the kid (Chance Hurstfield) angry about his “naughty” status who hires a hitman (Walton Goggins) to take out Chris, while the U.S. military wants Chris to help out with a secret operation, and Chris does speed work on the punching bag and hits the target range just in case. It’s not quite as gonzo as the premise sounds, but embodying the spirit of Jolly Nick with a dash of his “Lethal Weapon” nutjob, Gibson does an admirable job of holding it all together. Marianne Jean-Baptiste adds the crowning star as Mrs. Claus.

An unholy marriage between “Freaky Friday” (1976 and 2003 versions) and a chapter from the “Friday the 13th” series. The “freaky” body swap happens between a nubile teen (Kathryn Newton, “Big Little Lies”) and a Jason-esque serial killer (Vince Vaughn, so far from “Swingers”). There’s some funny debasing of white males, and a knowing teen during sex scolding her partner who wants to keep going after she gets hers but he doesn’t – “It’s a vagina, not an all-night drive-through” – but overall, this “Scream” wannabe is more groan than cheeky grin.

This doc about teen environmentalist Greta Thunberg, and the lengths she goes to spotlight the climate crisis, is a testament to commitment and passion. It’s also a film that feels like it only scratches the surface about its subject, her family and, more so, her cause. The style for the most is Frederick Wiseman-like, with the camera as fly on the wall, and it’s captivating to let Thunberg be herself while we observe quietly. But from an insight and understanding perspective, there remains a frustrating remove. (Coming to VOD this week. Read the full review from Oct. 23.)

Werner Herzog, the enigmatic filmmaker who made such classics as “Aguirre, the Wrath of God” (1972) and such probing documentaries as “Encounters at the End of the World” (2007) and “Grizzly Man” (2005), teams up with Clive Oppenheimer for this exploration of meteorites and ancient cultures they’ve affected by raw force and scientific influence. The centerpiece shrine in Mecca is allegedly the remains of a celestial strike, but Herzog and friend are unfaithful and don’t have access. The concepts and theories provoke, but the film, deep in science and lore, hops to the next thing just as the viewer begins to bite. Captivating anyway, primarily because of Herzog’s, warm idiosyncratic persona.

Cartoon Saloon, one of the few true hand-animated studios that remain – the one behind “The Secret of Kells” (2009), “Song of the Sea” (2014) and “The Breadwinner” (2017) – serves up this eco-aware fable that takes place in feudal Ireland, where an entitled lord wants all the land outside the city cleared, manifest destiny style, for farming. Those on the end of the sharp tines of his ire are a pack of wolves demonized by man. The key becomes a young city girl who bonds with a similarly young girl who lives among the wolves and can assume lupine form. The issues of entitlement and disregard for other communities is a pretty sharp reminder for our present moment. The film also works in a simple fable format, and is one of very few standout animated entries this year. )In theaters now, on Apple+ and VOD later in November.)

This testimonial of a young Appalachian boy (Owen Asztalos) who rises from bullying, poverty and opioid use to go to Yale law school. The against-the-odds narrative is plucked from J.D. Vance’s bestseller and directed by Ron Howard (“Rush,” “Apollo 13” and “Solo”), but the result doesn’t feel as grim or monumental as the tagline would imply. Much of the visit to backwoods Trump territory feels stereotypical and thin; as J.D.’s pill-popping mom, Amy Adams (“Arrival”) is asked to do too much but still ekes out a sympathetic portrait, while Asztalos is quite good and Glenn Close is Oscar-worthy as J.D.’s curmudgeonly, take-no-shit grandma. She steals every scene she’s in. (By the way, the costuming in the film is by Virginia Johnson, owner of Inman Square’s Gather Here sewing studio. It’s only her latest in the industry.)