‘Ingrid Goes West’: That Internet stalker just showed up, and desperate to be loved 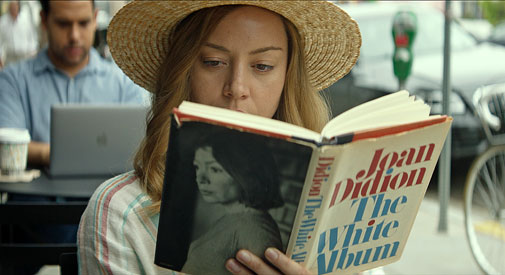 ‘Ingrid Goes West’: That Internet stalker just showed up, and desperate to be loved

What happens if your online stalker happens to be just a sweet, lovable mess? Hard to imagine, but that’s the oblique question at the heart of “Ingrid Goes West,” in which Aubrey Plaza plays the titular Ingrid, a sympathetic introvert with a need for attention from those at the top of the virtual trending list and an impulsive streak that often ends up going off the skids no matter the depth of her good intentions. 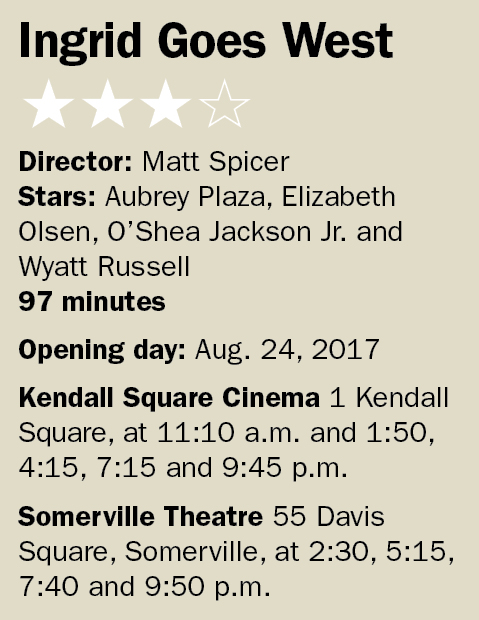 True to the title, Ingrid heads west after trading one unhealthy obsession for another. In the brief opener we witness her vengefully pepper-spraying a bride at a wedding she’s not invited to. What gives? It turns out the wedding crasher with an ax to grind showed up because of one online thread where she and the bride-to-be briefly connected and, in Ingrid’s delusional mind, believed the two were instant besties. In the wake of the humiliation and shame – and a stay in a psych ward – Ingrid’s next fixation becomes perky Instagram celebrity Taylor Sloane (Elizabeth Olsen), who’s living the fab life in Los Angeles “influencing” followers as to what to buy and where to nosh. Ingrid can’t get enough of Taylor, and with a $60,000 check from her mom’s estate decides to cross the continent to check out the healthy avocado toast at the new-agey cafe Taylor “just loves.”

Ingrid’s goofy attempts to “accidentally” ingratiate herself with Taylor come off awkwardly endearing at first – so much so you can almost forgive her for that mace incident – but then she kidnaps Taylor’s dog with the notion of being the hero that returns the Instagram-famous pup. It works for a moment as Taylor and her floundering artist husband Ezra (Wyatt Russell), who makes hashtag art (yes, you read that right), take a liking to their new friend. Ingrid revels in the union and postures that she has an actor boyfriend and a much more interesting life than that of a recently released inpatient.

It’s clear Ingrid’s a broken soul desperate for a human connection, virtually or otherwise, and just as the films looks as if there might be a happy ending, with all the principals realizing their vapid material dreams, Taylor’s gonzo, good-looking brother Nicky (Billy Magnussen) shows up. He’s the most vapid of the lot but has it in for Ingrid, digging with malice, trying to unmask and shake her at every turn. Needless to say, the unbridled vehemence subverts the film’s quirky buoyancy and matters turn dark.

Much of the film’s success can be attributed to Plaza, who makes her sociopathic wallflower remarkably nuanced and empathetic, beyond the trappings of the script. It’s a turn that’s tougher to pull off and more pivotal than Robert Pattinson’s conniving street urchin in “Good Time,” also opening in the area. The two films would make a heck of a double bill; moviegoers coming out of such a downer of a pairing might whip out their phones to move up their next therapy session.

Besides Plaza’s bravura take, the film gets a big lift from O’Shea Jackson Jr. (so good as his father, Ice Cube, in “Straight Outta Compton”), as Ingrid’s Batman-obsessed landlord and stand-in boyfriend on a double date. His Dan Pinto’s able to roll with the punches and sees something in Ingrid – that the audience does too – but chances are if Ingrid rolled up on your Facebook page and began to insinuate herself as relentlessly as she does here you’d be torn between a virtual hug and the block button.