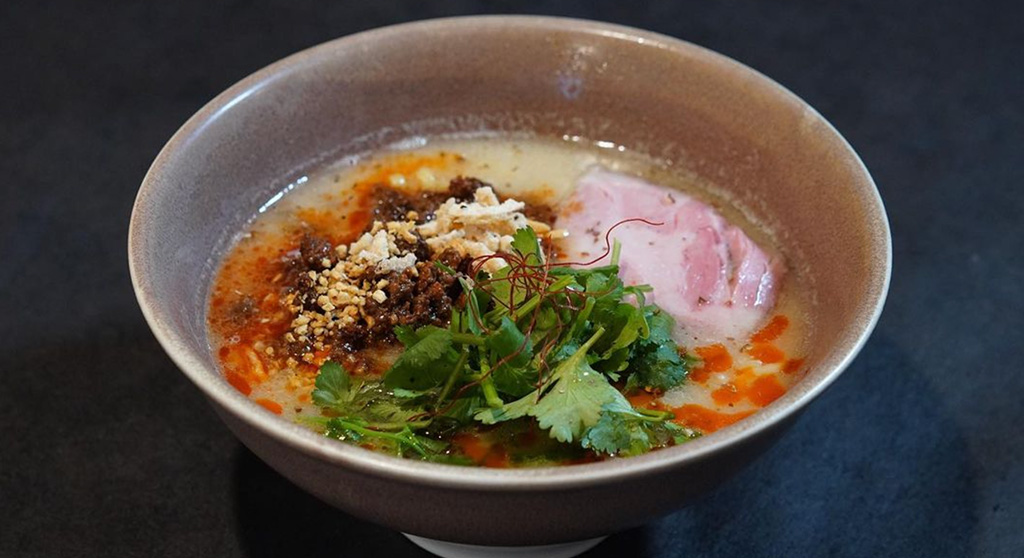 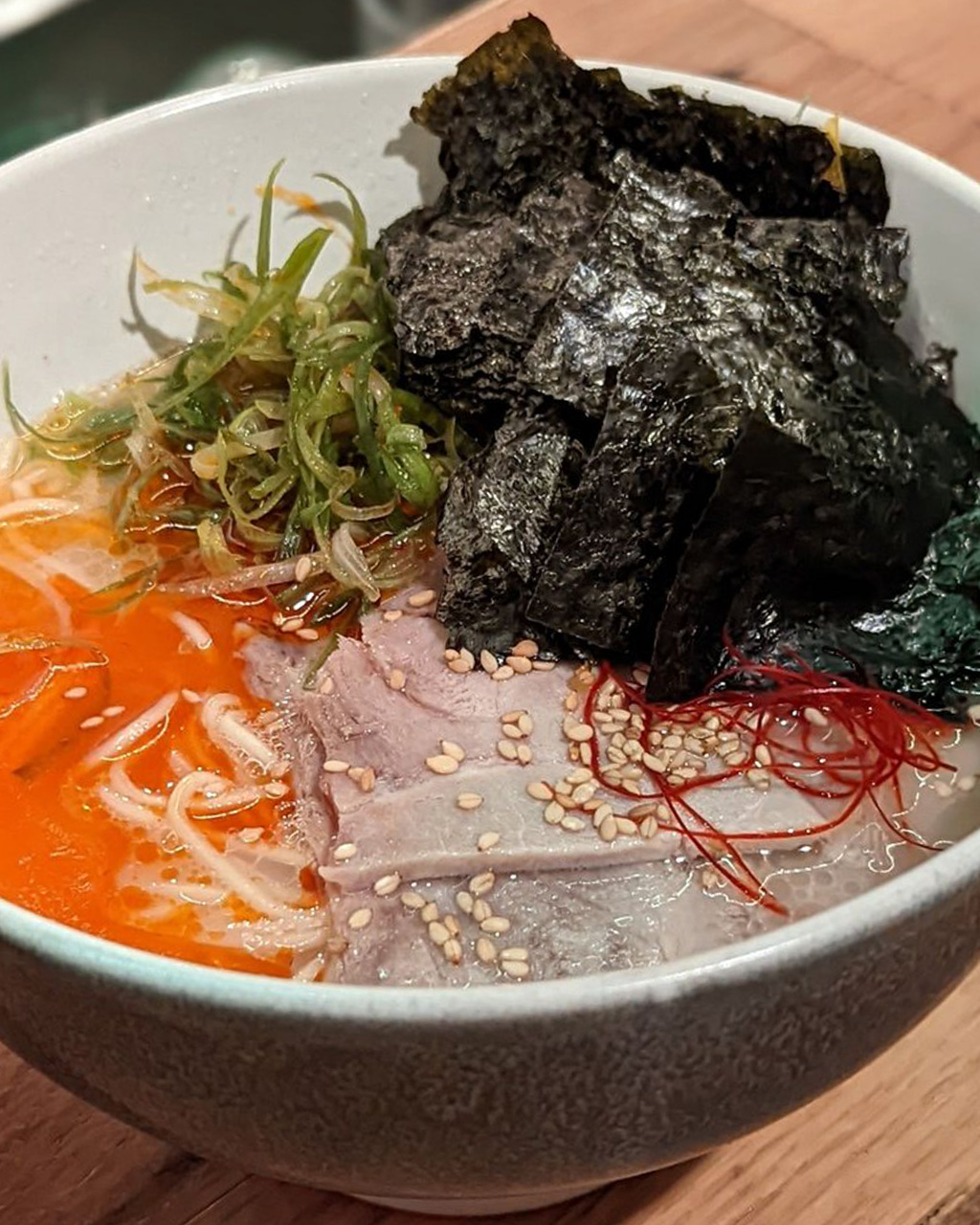 I count at least seven eateries in Harvard and Porter squares that serve ramen. Some, such as Yume Wo Katare, where folks line up for communal, ritualistic slurps, are celebrations and destinations. Others, such as Sapporo Ramen and One Ramen & Sushi, go about their jobs quietly and do it well. The nascent Bosso Ramen Tavern on Holyoke Street in Harvard Square is more the former, with the vibe of a Tokyo izakaya (a vibrant, late-night drinking spot with sushi and comfort food) fused with a classic American pub. The space is warm and woody, with all things emanating from a sake bar centerpiece. The name is a play on the Bōsō Peninsula, just south of Tokyo, where owner Yasu Sasago hails from.

Bosso makes its broth with both pork and chicken; at most other places, this is either-or. There are four or five customizable base offerings, including a totally vegetarian version and a Sanmi Tomato that, with its intriguing blend of cherry tomatoes, Chinese chive, parmesano, soy chicken and basil pesto, sounds more like an Italian cuisine offering than something you’d find at a Japanese eatery. Other places tend to just throw the kitchen sink in the bowl, but the basic umami shoyu I ordered came with scallions, chashu pork, kikurage mushroom and a half soft-boiled egg; I added seaweed. (As far as ramen add-ins go, a spice meat bomb also caught my eye.) The broth was not what I would describe as savory, but clean, surprisingly light and flavorful, and wholly satisfying.

The food comes out in fairly grand display on wooden trays, with extras in little bonchon-like side dishes. An unagi hand roll I began with also came well-presented on a ceramic stand, though it was more like a seaweed taco than the conical hand rolls at most sushi places. There are myriad options of tuna and avocado, sake (salmon) and so on. 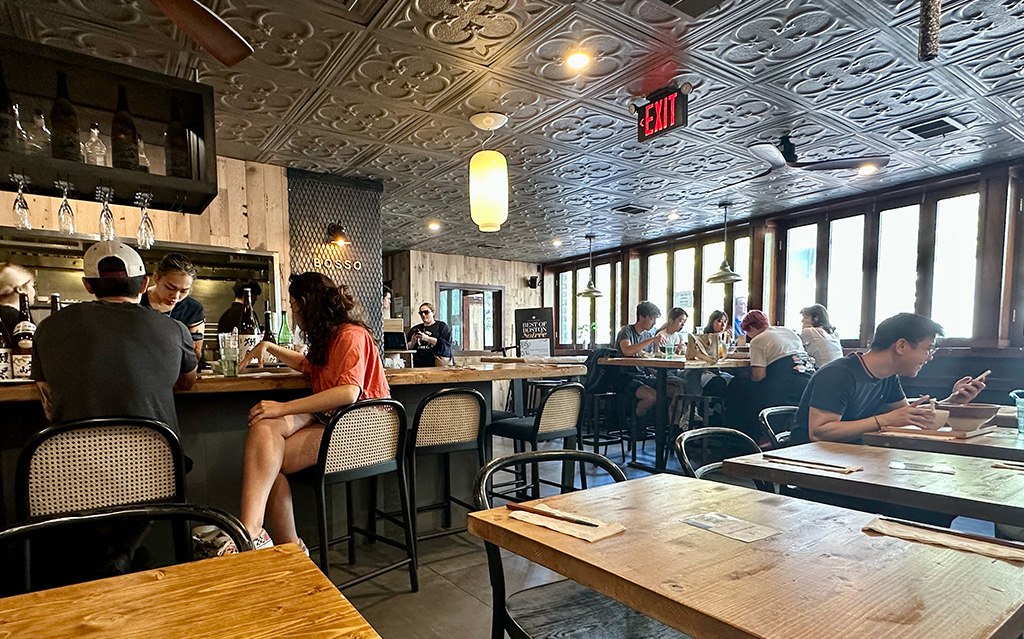 Ordering is through the Toast app, reached by scanning a code with a smart device; it’s a trend at restaurants. When all is done, you just close out your bill in the app, leave a tip and go. Bosso also has an instagram account but no website, and when ordering pickup – there’s no delivery, as best I can tell – it’s done through Toast too.

The playful nature of Basso’s menu is embraced and reflected in the energy of the staff, and the cosmopolitan yet casually communal atmosphere is accented with a dash of endearingly goofy elan. It all makes for a joyous, immersive celebration through food and drink for lunch, dinner or late night. (Well, not too late. Bosso closes at 10 p.m.)

Feature image is by Bosso Ramen Tavern via Instagram.