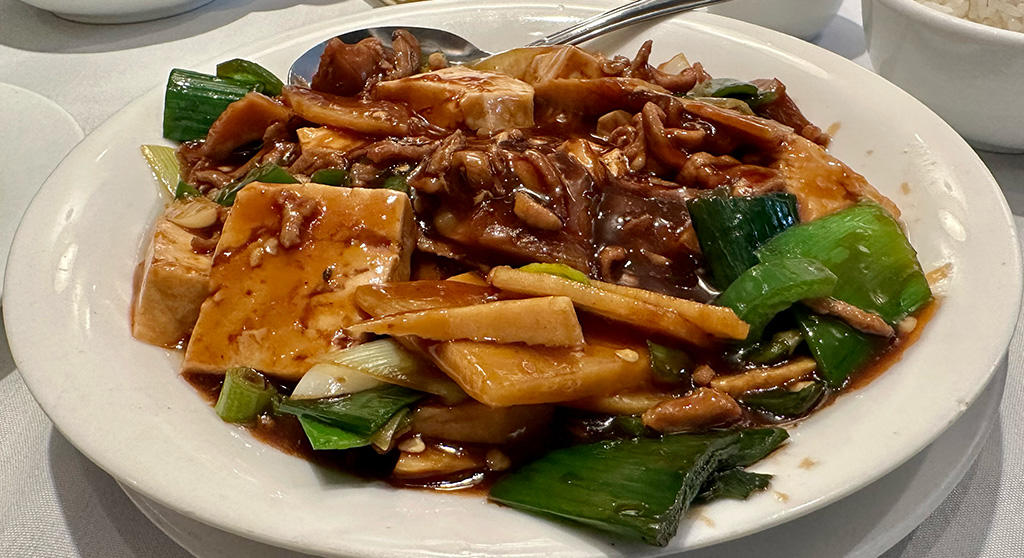 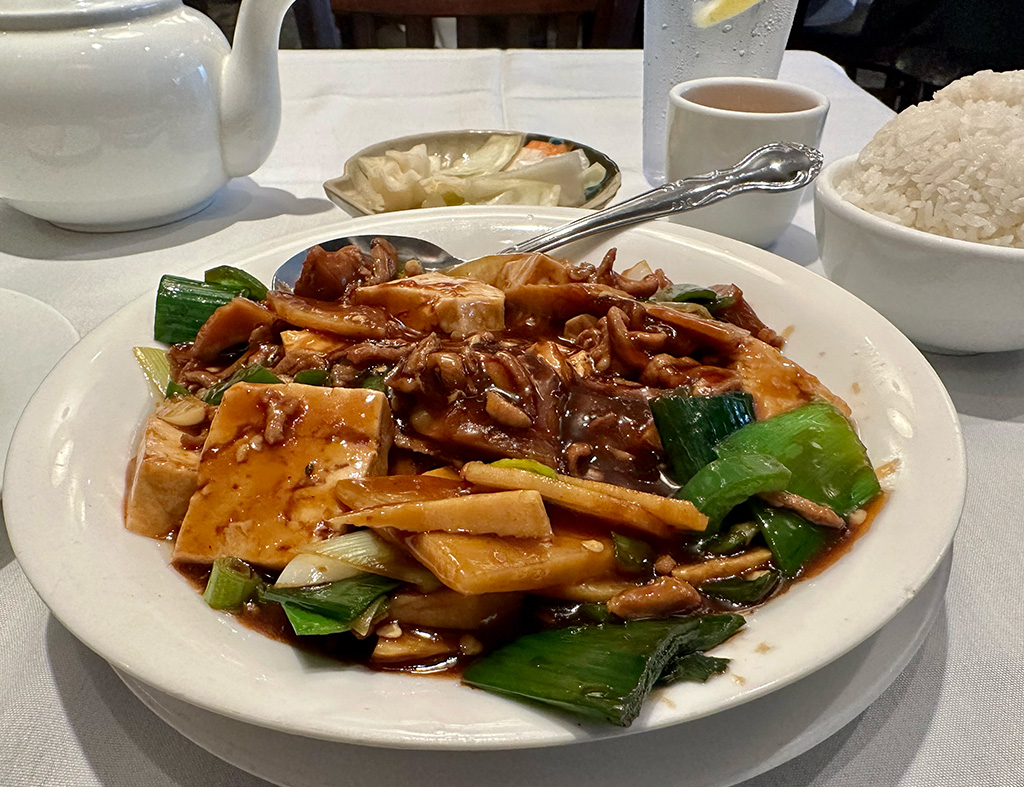 A kitchen fire in 2014 shuttered the Taiwanese eatery Mu Lan for almost three years. The family-run restaurant on Broadway just outside Kendall Square, which has a sister restaurant in Waltham, got back online just in time for the pandemic – and we know how kind that was to the biz. The restaurant’s staying power is a testimony to its quality, which draws Kendall’s tech crowd as well as families from The Port and anyone seeking good, authentic Chinese cuisine with spins and accents that aren’t easily found elsewhere.

Beauty’s Pizza was next door before the fire but relocated to Inman Square, allowing Mu Lan to expand. The remodeled space has a formal/not formal vibe to it the way many dim sum halls do, with white tablecloths around large tables in the middle, yet inviting and festive. The menu, as with most Chinese eateries, is vast – nearly overwhelming. There are dumplings, moo shi and hot pots to be had, and they’re all good. But the reason to come to Mu Lan is its lunch specials and vegetarian fare.

For essentially $10 you get a gourmet Chinese lunch that’s not fried pu pu platter morsels, but something health and exciting. Pork, tofu and vegetables dominate. Among the pork offerings, the chop is the centerpiece, and you can get it salt-and-pepper, sweet-and-sour or house-special style. For veggies there’s spinach and rice noodles, sautéed Chinese squash, eggplant with hot garlic sauce and spicy stir-fried string beans. I’m a mapo tofu enthusiast, and so I was drawn to the Hunan-style bean curd – ample blocks of silky tofu in a rich, slightly spicy brown sauce with peppers, onions and bits of lean, shredded pork. It’s a generous serving for the price, and comes with a side of rice, a cabbage salad and a large pot of tea. 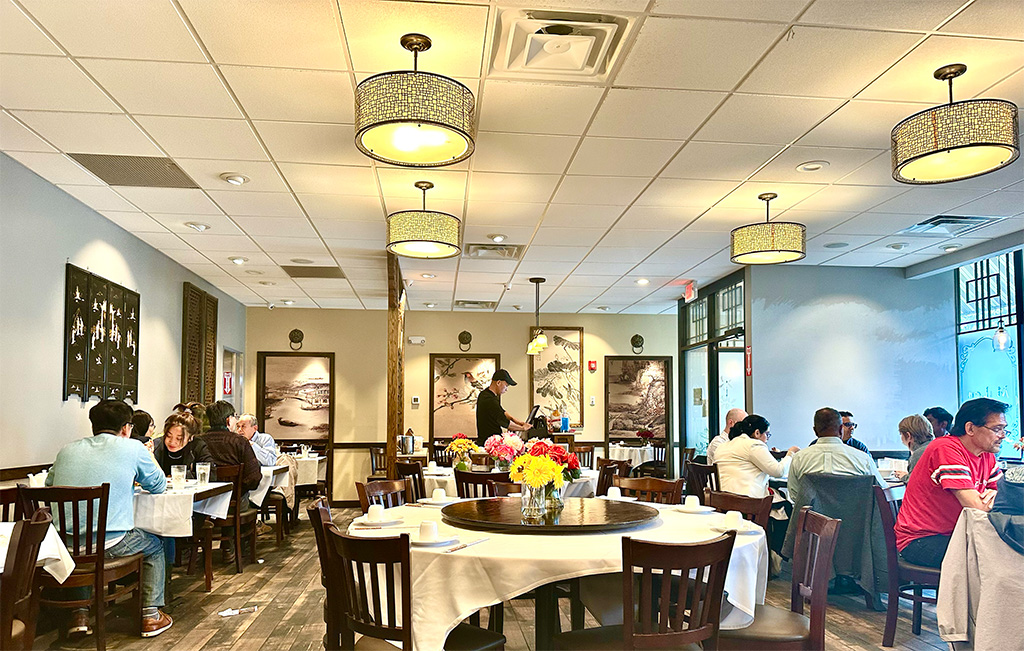 For the unadventurous, there is General Tso’s chicken and kung pao chicken or shrimp, though other eccentric listings beckon, such as shredded pork or diced chicken with green mustard, or sliced tender beef with a satay sauce. I’m really curious about that spinach-and-rice-noodle dish, and there’s a homestyle bean curd that lost to my coin toss on the last visit. There’s always something new to try at Mu Lan that’s just a tad outside your comfort zone and certain to educate and titillate your taste buds.