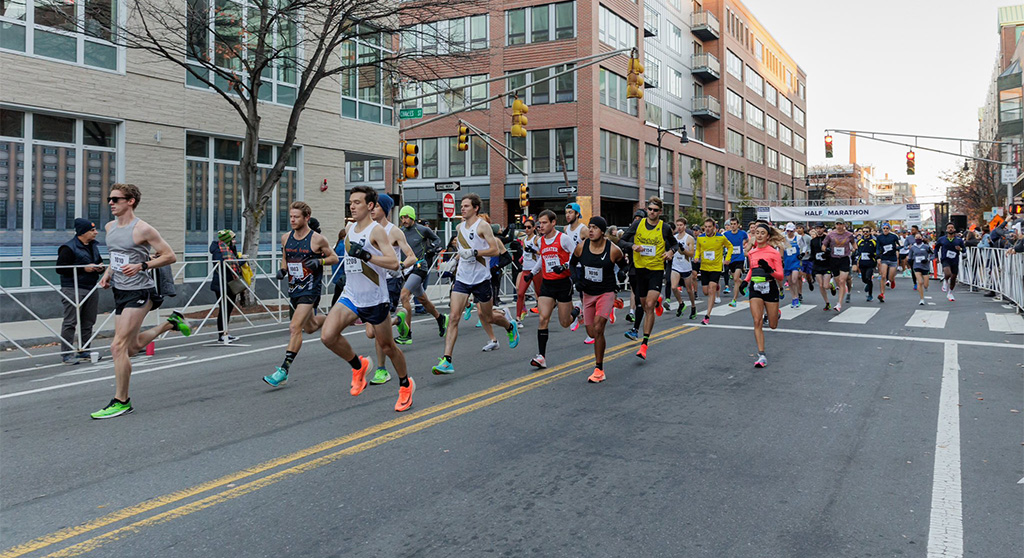 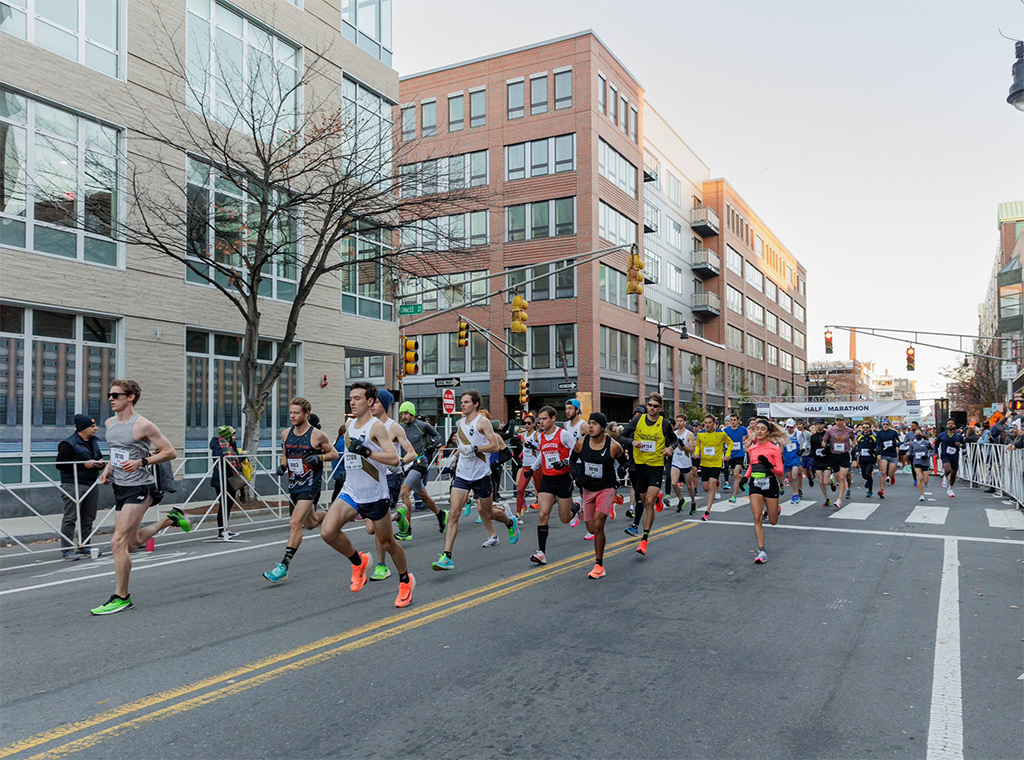 A promotional image of a Cambridge Half Marathon released Oct. 28. (Photo: Cambridge Office for Tourism via Twitter)

Organizers of Sunday’s half-marathon road race in Cambridge are investigating how the event ran out of cups at some water stops and water bottles at the finish line on a day temperatures climbed into the high 70s. The problems temporarily left some runners without much-needed water.

“The safety and comfort of our participants is our greatest priority,” said Peter DeVito, vice president of operations of CambridgeSide, which sponsors the 13.1-mile autumn Cambridge Half Marathon as part of its Charity Race Series. DeVito said workers ran out of cups “briefly” at two of five water stops. “As soon as we learned that the water stops were running low, we quickly reacted and obtained additional cups,” he said in an email.

The race also temporarily ran out of water bottles at the finish line when runners grabbed more than one bottle because of the “unseasonably warm” temperatures, DeVito said. Workers “quickly replenished” the supply, he said.

The high a year ago in Greater Boston was 50 degrees Fahrenheit, and the historical average for Nov. 6 is only 54.9, according to the Weather Underground service. The record high had been 73 degrees – and the site records Sunday’s high as reaching 76 degrees.

Several people posted comments on Reddit and Twitter saying the race had run out of cups and that some runners were in distress on the course. “I noticed a lot of people fainting, puking and just generally needing severe medical attention at the Cambridge Half,” said one post. Another said: “The biggest issue was lack of water. Water/Gatorade stops were advertised to be every mile or so but there was NO water till mile 7… and they ran out of cups at every station past mile 7.” DeVito said water was offered at five locations, with Gatorade also available at two.

DeVito said 10 runners went to the hospital by ambulance and 25 were treated in medical tents. The Boston Marathon medical director supervised medical care, which included 20 teams on the course as well as health care workers at the finish line. A total of 4,039 runners started the race and 3,959 finished.

This was the fifth year of the race, for which organizers offered cash prizes totaling $6,500 for the first time. Runners paid from $85 to $125 to enter, depending on when they registered. Proceeds this year went to the Cambridge Camping nonprofit and the city’s Scholarship Fund. DeVito said the race has raised more than $400,000 in donations in the past four years.

“It is our goal to investigate any issues that arose during this year’s Half Marathon,” he said. “We are working with our race team to assess the cup/water replenishment issue … While we do the best we can to make day-of adjustments as problems arise, we take the time to review concerns and input so that we can continuously improve from year to year.”