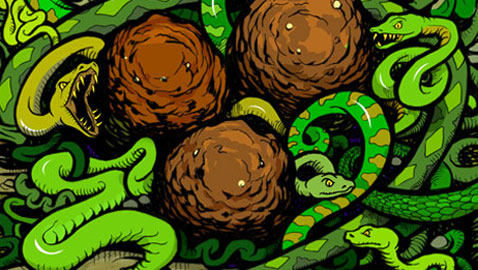 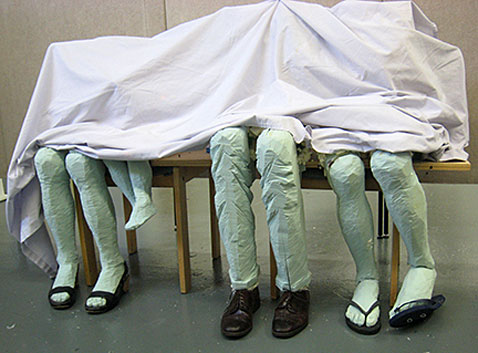 Catch the last day of the AIB grad students’ exhibit. Painting, photography, sculpture, video, installation and more by the MFA students at Lesley University’s Art Institute of Boston are on display for free for the final time Saturday. “The thesis exhibition is the culmination of each artist’s experience during the MFA. As such, it is more than the breadth and possibilities of their experimentation; it is the promise of their potential,” said Judith Barry, director of the school’s MFA program in visual arts.

See “Oblivion” for free, twice even, courtesy of MIT. The Tom Cruise science fiction flick that premiered in April returns as a summer gift from the Massachusetts Institute of Technology Lecture Series Committee. Reviewer Tom Meek said the film is best seen on the big screen – “The film, directed by Joseph Kosinski, is a scrumptious feast visually and the whizzing drones, zapping lasers and booming explosions take on a role of their own in the surround sound,” he said – but the story also “builds nicely initially, engrossing and fashioning a riddle about what our tomorrow might look like.” While MIT can’t give it to you in IMAX, it does give it to you for free at 8 p.m. Saturday and Sunday at the institute’s Building 26-100, also known as the Compton Laboratories, at 60 Vassar St.

Enjoy music and grub, benefit a bombing victim memorial fund. Krystle M. Campbell was a regular at The Burren until the Boston Marathon bombing took her life. Now the Krystle M. Campbell Memorial Fund – earmarked to provide a college scholarship for a Medford High School student and possibly donate money to an animal shelter – is the beneficiary of a outdoor fundraiser with music from The Johnny Come Latelies (a Somerville Irish roots rock band playing from 2 to 5 p.m.) and Scattershot (which bills itself as “Boston’s best party band” and plays from 5 to 8 p.m.).

Campbell, 29, was a graduate of Medford High with the Class of 2001, manager at Jimmy’s Steak House in Arlington and before that a manager with Jasper White’s Summer Shack Restaurants. She was one of three people killed in the blasts.

There is a $10 suggested ticket price for the Sunday event, but other amounts “would be greatly appreciated,” organizers said. They can be bought in advance or at the door of The Burren, 247 Elm St., Davis Square, Somerville. 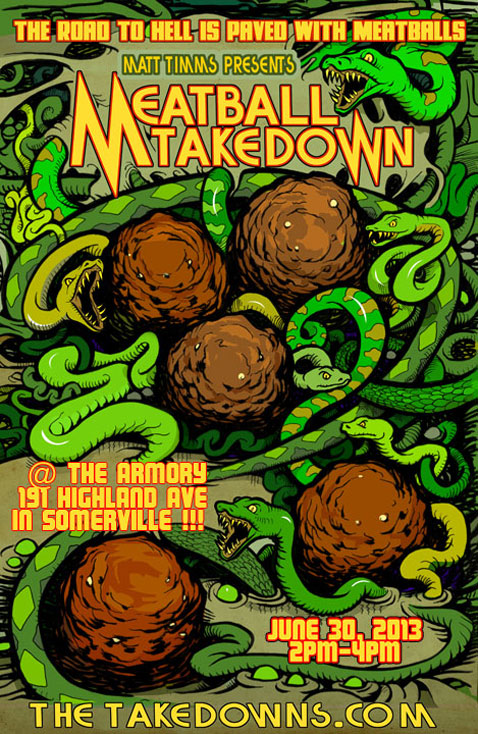 Take up the challenge of the Meatball Takedown. If you cook great meatballs or just love eating them – well, surprise! There’s an event just for you. Meatball makers should send an e-mail now to see if they can still get in on the action, which will be judged by participants and editors from Cook’s Magazine. If not, they can join the rest of the crowd: Paying $15 for all-you-can-eat meatballs at the Meatball Takedown at 2 p.m. Sunday at The Center for Arts at the Armory, 191 Highland Ave., Somerville.

Help launch The Non-Fiction Cartel’s program for short-form filmmakers. The Cartel’s Public Cinema Dance Party is, as you might guess, a dance party. It’s also a launch celebration. And it’s a live-editing event that features your nonfiction footage – in fact, before anything else, see how you can contribute your films (of literally anything, whether you’re a pro or want to be or neither) so you can see it live-edited and screened at the party to the music of The Cool Kids Club, DJ Die Young and Owen Williams while you enjoy popcorn and local brews from Backlash, Notch and more.

The Cartel aims to feed connections between artists and their community with this participatory event. Money raised – tickets are $10 in advance or $15 at the door – will fund a fellowship to support emerging nonfiction filmmakers in making short documentaries by providing equipment, mentorship, critique, post-production services, promotion and exhibition.