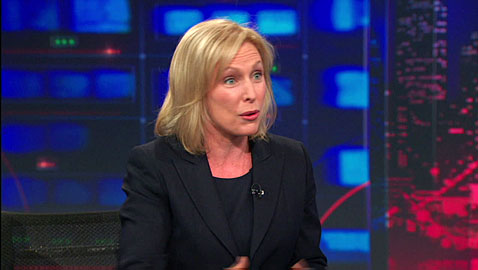 Mary “Missy” Cummings, director of the Massachusetts Institute of Technology’s Humans and Automation Lab, visits “The Daily Show” in January. She will speak on drone technology at a Sept. 16-17 Police Innovation Conference.

Nearly 50 law enforcement agencies have signed up for The Police Innovation Conference, a Sept. 16-17 event looking at technology in crime and crime-fighting that takes place, naturally, at the Microsoft New England Research & Development Center with Cambridge Police serving as host and MIT and local tech startups among the roster of speakers and presenters.

The organizer of the conference, Peabody-based law enforcement tech company WiredBlue, aims to make it an annual pilgrimage for police officials who need to stay a step ahead of the bad guys, who are innovating as well.

“Our goal with this conference is to provide timely content, an ambitious agenda and a unique venue,” said Peter Olson, founder of WiredBlue. “By bringing together these great public- and private-sector speakers to share their insights, we will provide the audience with new ideas and information to take back to their agencies.”

Speakers and panelists include drone expert Mary “Missy” Cummings, director of the Massachusetts Institute of Technology’s Humans and Automation Lab; Bryan Gulachenski, interim executive director at StopBadware, a Cambridge nonprofit; Tom Phelps, director of robotics products in North America for iRobot, which was founded by MIT alums and is based in Bedford; Ezra Englebardt, senior manager of brand planning and strategy at Boston’s SapientNitro; and Joe Rozek, executive director for homeland security and counterterrorism for Microsoft.

“Law enforcement agencies across the U.S. are now leveraging the very latest in mobile and cloud-based solutions to ensure they stay a step ahead of lawbreakers,” Rozek said in a press release. “Those who choose to modernize have the smart tools at their disposal to help in the prevention and intervention of criminal activity, with more intelligence, better real-time decision making and faster response.”

Topics for discussion are to include such things as unmanned drones, the role of robots in public safety, cyber threats, 3-D printing and wearable technology, and WiredBlue and Cambridge Police are promising conference-goers from as far away as South Africa workshops, moderated panels and discussion groups where they can talk to other law enforcement officers and share experiences dealing with these ever-changing technological issues.

Among those offering strategies and solutions are Cambridge’s own police commissioner, Robert C. Haas, and Chief David Oliver, whose department’s worldwide readership for social media efforts in Brimfield, Ohio, are outpaced only by departments in Boston, Philadelphia and New York, according to the International Association of Chiefs of Police Center for Social Media – even though the town has only about 3,250 people and the township holds only about 8,000.

The conference also will introduce public safety-focused startups and solutions, with one goal being greater exposure and partnership opportunities for the startups, Olson said. Popular Science’s 2013 Invention Award winner Bounce Imaging, based in Boston, will be attending, along with Bratton Technologies, the company founded by former Boston, NYPD and LAPD commissioner Bill Bratton.