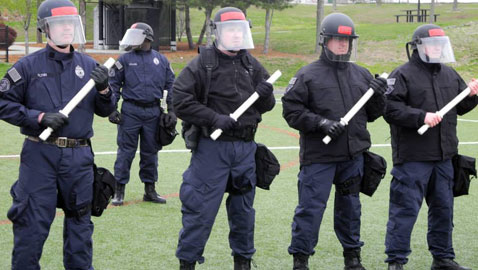 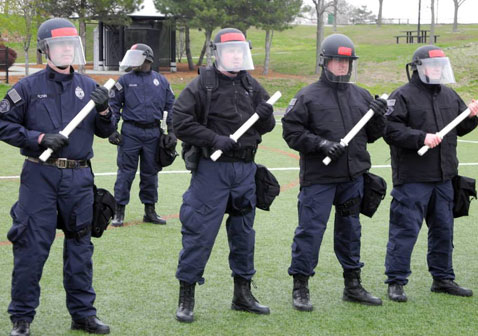 Cambridge hasn’t had a Michael Brown or Darrien Hunt, meaning there’s been no fatal police shootings of black teens under murky circumstances that cause citizens to outright fear for their lives from their own peacekeepers.

But the police commissioner’s assurances of checks and balances on officer actions also shouldn’t be accepted at face value – not if recent history is any gauge.

There remains tension between the city’s people of color and its police force, expressed after the arrest of Harvard professor Henry Louis “Skip” Gates Jr. in 2009 and the July 3 shooting of Kensley David, 22, in Area IV. The Cambridge Chronicle explored that tension in a two-part series this summer, and Police Commissioner Robert C. Haas responded, again in the Chronicle.

If residents do not support a police action or policy, the police must learn the reasons why …The department is governed by the city manager and City Council. Independent from the Police Department, the city of Cambridge has a Police Review and Advisory Board, which investigates complaints, reviews policies and makes recommendations to me. Internally, we have a Professional Standards Unit … that is focused on conducting immediate and objective investigations into all reported complaints made against members of the department.

Those layers of review failed the city when it came to the Gates arrest, which briefly drew the attention of a national and even international audience.

The advisory board was ignored when it came to examining the arrest. Then-city manager Robert W. Healy and Haas decided to form a 12-member task force instead, costing at least $241,360 and taking nine months to release a report derided by many. The Gates arrest took place while the board lacked a member and executive secretary, and so far as public documents and testimony show, the citizen-run police board was never considered by Healy or Haas as a way to look into the incident or its aftermath. “The people of Cambridge are not stupid. They know PRAB has been destabilized … It hasn’t been there,” said Ken Reeves, at the time a city councillor with decades of experience with the police and Healy.

The Professional Standards Unit’s investigation was of questionable quality at best. A police spokeswoman described the average internal affairs investigations as taking “30 to 60 days to complete, depending on the complexity of the case and availability of witnesses,” but the probe into the actions of Sgt. James Crowley took three days, a desultory affair that took testimony from five people, only one of whom had seen Gates’ arrest.

The report failed to address various contradictions and flaws in Crowley’s arrest report, and the department at first hemmed and hawed about whether there had even been an investigation. When announcing the report by his 12-member task force, Haas walked out instead of taking questions about the findings of the Professional Standards Unit.

Both failures showed how little control the elected council has over police actions. Councillors were locked out of decisions after the Gates arrest and kept in the dark on actions by the Gates commission. It of course had no say on the quality of the Professional Standards report.

Despite the long wait for arrests on the city’s most appalling violence, Cambridge crime is at record lows and Haas and his force – credited as being among the most racially balanced in the country (alongside forces in Miami Beach, Fla., Oak Park Village, Ill., Pasadena City, Calif., Bexar County, Texas, New Orleans, Seattle and Washington D.C.) – are generally able and effective, a far cry from the police corruption and brutality we read about daily from around the country and world. Haas deserves credit for some of this, and he instituted reforms quickly after the Gates arrest that made reports about it and outside correctives largely beside the point.

That may be the problem: Haas seems to have a sense of the right thing to do when confronted by a crisis, but like many other Cambridge officials, he’d rather do it done without getting a noisy public involved with oversight or slowing things down with potentially distracting or uninformed concerns. We gain a good police force out of it, but no reassurances that any real lessons get learned below the rank of commissioner or that there are processes in place. And during a time of heightened worry about the militarization of police forces nationwide, it’s disturbing to get multiple and misleading answers from Haas about why we’re adding a full-time bomb squad.

One change since 2009 is that PRAB has been staffed. But Haas’ approach to answers, the farcical internal investigation and reflexive and thoughtless forming of a thin blue line around Gates’ arresting officer by city police unions means we really have no idea how our enforcers will respond in a real crisis of confidence.

What we do know is that the checks and balances noted by our police commissioner failed us only five years ago.