Three more Which Wich eateries coming, but don’t start lining up for orders just yet 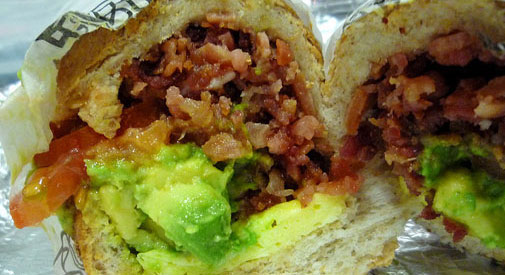 Three more Which Wich eateries coming, but don’t start lining up for orders just yet

Expect two in Cambridge ‘within the next three years,’ the chain says
By Marc Levy 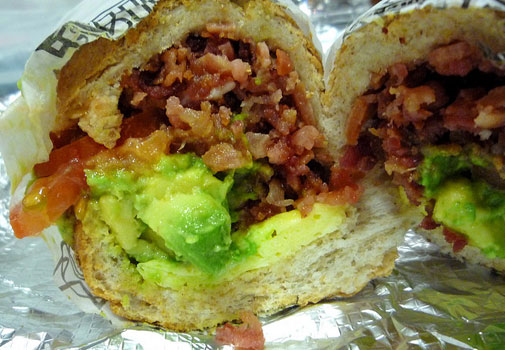 And egg and bacon sandwich on whole wheat bread with provolone, avocado, and tomato at a Which Wich shop in Seattle. (Photos: sea turtle)

Cambridge is due to get two of its own Which Wich shops, part of a regional expansion of at least 30 to 35 for the franchise-driven sandwich chain in the next three to five years, a company spokeswoman said today.

Somerville’s Assembly Row got a Which Wich in early March, and that franchisee has rights to open another shop as well, said Connie Alires, director of franchise development for the chain. That is likely to open in the next 12 months, while Cambridge’s two shops are due “within the next three years.”

The locations are unknown, but the company’s target of a white-collar, higher-education demographic provides some obvious hints. “We have to be smack dab in the middle of where the people are,” Alires said. 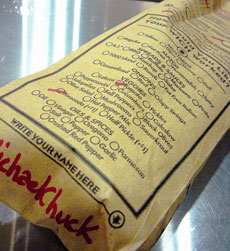 Which Wich sandwich options are checked off by customers on their bags.

At Which Wich, founded in 2003 in Dallas but now with more than 300 locations including in such places as Dubai, Mexico and Panama, the trick is that customers select their options by checking off boxes on the bag they’ll get a sandwich back in – including basic meats, but also bacon, crab and tuna, as well as several kinds of cheese, spreads, spices and vegetables that include niche flavors including dried cranberries,  candied walnuts, house chips and sauerkraut. There are even three kinds of onion (caramelized, red and crispy strings). Customers can specify toasted bread, get some scooped out from the crust to eliminate calories or get a vegan version in a bowl or with a lettuce wrap instead.

There are also recurring offerings – now a shrimp banh mi, but a Philly cheesesteak has been popular – limited to eight weeks at a time, like a higher-end McRib. They’re part of a company practice of seeing what’s distinctive to a region and taking them nationwide, but Alires said Cambridge and Somerville shouldn’t expect to see anything unique in the local stores.

“So someone in Arizona can go to Cambridge or Somerville and have that same experience,” she said.

The northeastern love affair with the deli and its history with mom and pop sandwich shops had the company approaching gingerly. “You can’t just go in willy-nilly and create a loyal fanbase. We wanted to build a good base and really work our way up the Eastern Seaboard, and we held off on growing in the market until we felt we were ready as a brand. We felt now was the perfect time,” she said. “Looking back, we could have gone in a little earlier.”

As many as 50 locations in Greater Boston were reported as possible by Banker & Tradesman in September, saying the company might look at “non-traditional locations” including train or bus stations and college campuses. Alires said that number “isn’t pie in the sky,” especially by stretching into the suburbs, but as many as 35 stores is “solid [and] where we expect to be in the next three to five years.”

As to “non-traditional stuff,” Which Wich is experimenting in Dallas with a 350-square-foot shop for dense, urban areas that Alires called a “baby Wich.”