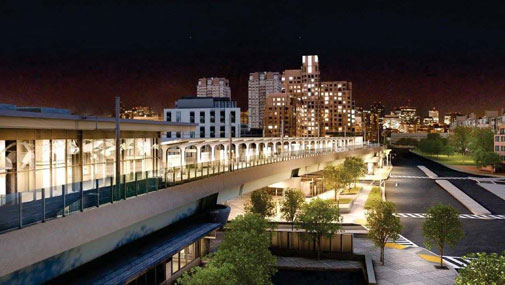 By Marc Levy and Allison Goldsberry

Plans for the Lechmere station are as up in the air as the rest of the green line extension, development and transportation officials said Tuesday.

With the cost of bringing the green line to Somerville and Medford costing up to $1 billion more than anticipated – revelations that came during a Monday meeting of the MBTA’s new fiscal and management control board – the logistics and even the fate of the project are being reassessed. 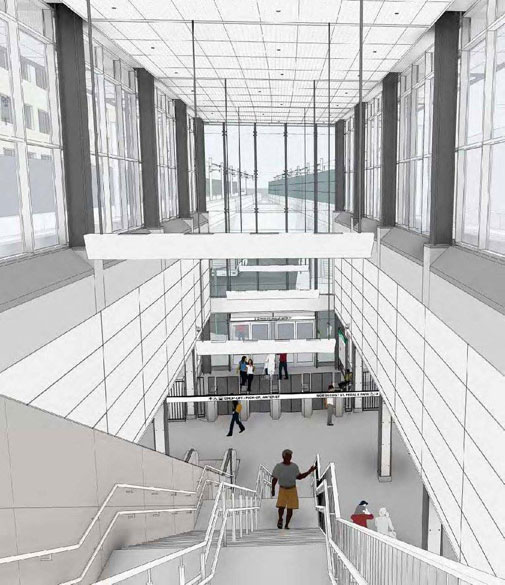 A rendering looks inside a proposed Lechmere T station redesign.

The total expense of the project had been put at $1.992 billion, or $2.3 billion with finance charges, and the federal government was to provide $996 million of the total.

The once $600 million project is now estimated to cost upward of $3 billion. And that’s just for six planned stops. The seventh, a stop at Route 16, could cost another $130 million.

Even though the state is legally obligated to finish the project as part of a clean air settlement related to the Big Dig, state transportation secretary Stephanie Pollock said the state is considering its options to cut costs, including nixing the project altogether.

“Everything is on the table, and everything includes canceling the project,” she said, according to various sources. “But that’s not where we want to go.”

Transportation officials underestimated costs because estimates were done during the recession and separate contracts for several parts of the project have made things more expensive, according to the reports.

But Lechmere was unique among the projects’ various moving parts: The station isn’t being added to the system, but is an existing station – the only green line stop in a city served mainly by the red line – that is being relocated. It was to move closer to NorthPoint, the 42-acre private development that on Thursday changed hands from HYM Investment Group to Divco.

And it had a rough completion date: December 2017.

How that will change is unclear, said Tegin Bennett, a transportation planner with Cambridge’s Community Development Department.

“The news is pretty fresh. It’s not entirely clear what direction they’re going in and it’s not clear what the impact will be,” Bennett said.

There were mixed messages about the fate of Lechmere from the state.

Asked to assess the fate of Cambridge’s green line Lechmere stop, the Massachusetts Bay Transit Authority’s Joe Pesaturo said the Monday “announcement relates to every aspect of the Green Line extension project,” but that “regardless of what happens with the green line extension project, plans for a much improved Lechmere Station are expected to move forward.”

When asked specifically about the 2017 completion date for Lechmere and whether it would change, Pesaturo said simply, “The project schedule is currently under review.”

Officially, after a first announced delay in the overall extension project, all but the outermost stop were to be built by October 2015. In 2012, delays had officials saying the project would be done as late as 2020 but only as early as 2018. Now the latest completion date for the project is 2020, although the Monday meeting puts that date into doubt as well. 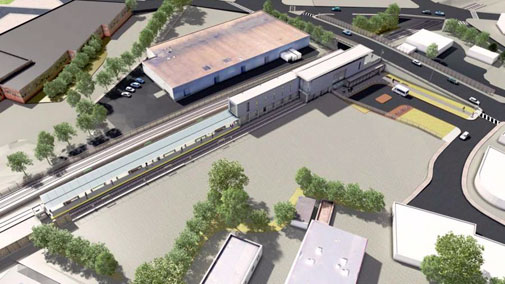 “Transit projects can be complex. When you’re in a down economy, infrastructure is easy to build, when you’re in a good economy, it’s harder and more expensive,” said Somerville Mayor Joe Curtatone to Boston magazine. But he expected the projects to go forward, possibly decreasing costs by finding other funding sources. He held up the revived Assembly Square, now a restaurant and retail mecca, as an example; it has an orange line T stop.

In addition to moving Cambridge’s Lechmere stop to the NorthPoint development side of Monsignor O’Brien Highway, the project is to add a one-stop spur to Union Square, roughly where Prospect Street and Webster Avenue meet; and lengthen the line through Somerville into Medford, including to Brickbottom, Gilman Square, Lowell Street, Ball Square, College Avenue and finally to Route 16, to a site near the Starbucks, Whole Foods Market and U-Haul depot.

In Medford, Mayor Michael McGlynn said this was “not a time to panic, but rather a time to come together to address the issue before us.”

“The green line project will have a significant, positive impact on the quality of life in Medford relating to environmental concerns, economic opportunities and job creation. I was in conversation today with [interim general manager for the state Department of Transportation] Frank DePaola and Secretary Pollack’s offices, and they stressed this is not the end. However, we all need to work together to continue to improve the quality of public transportation for the Medford area. The city of Medford looks forward to being an active partner at the table to help move the green line project forward.”

In Medford, the Harvard Street rail bridge has been renovated to accommodate green line tracks, and Tufts University and local philanthropist Bill Cummings have plans to create academic space at the College Avenue green line station.