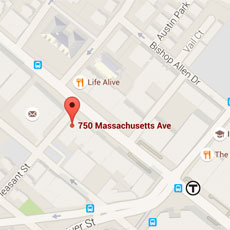 A Roxbury man has died after being stabbed early Saturday.

Tywann Jones, 35, was attacked while waiting outside the 7-Eleven store at 750 Massachusetts Ave., near Pleasant Street in Central Square, said Middlesex District Attorney Marian Ryan and Cambridge Police Commissioner Robert Haas. The store is across the street from a genteel section of the square holding City Hall, a postal office and the Life Alive health food restaurant.

Police and emergency personnel responded at about 1:40 a.m., and Jones was taken to Massachusetts General Hospital with life-threatening injuries. Surgery couldn’t save him, and he died at around 4:40 a.m.

No one has been arrested in connection with this incident, which Haas called “an open and active investigation” of Cambridge police and state police assigned to the Middlesex District Attorney’s Office.

It’s at least the fifth stabbing this year, with the most recent being a nonfatal stabbing of a resident Aug. 30 after a fight at Jackson Place, a Cambridge Housing Authority property in North Cambridge. Before that came a February incident in East Cambridge, where a 17-year-old was found afterward with blood on his hands and arrested; one in early May in which a Belmont man was arrested near a Mid-Cambridge bar after the stabbing of a man who summoned a ride and tried to get into the wrong car; and one in late May at Porter Square, where the stabbing followed an argument. The Mid-Cambridge stabbing led to “serious” injury, but none of these other attacks were reported as fatal.