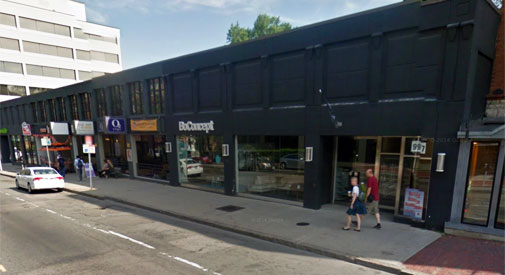 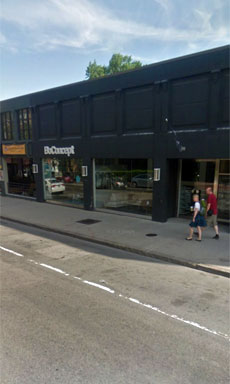 Another medical marijuana facility is taking a run at Cambridge, and facing the same hurdles as Greeneway Wellness, which was forced to back out at the end of 2014.

Milford Medicinals, which seems on track to open a pot dispensary and cultivation facility in Milford in early 2016, is hoping for permission to operate a dispensary in leased space at 1001 Massachusetts Ave. in Mid-Cambridge, just outside of Harvard Square. The city would have to amend its zoning to allow it, a request that will be heard by the City Council on Monday for potential referral to its Ordinance Committee and to the Planning Board.

While the location is central, accessible and at least 500 from a school or other place where children gather, as city officials have specified in zoning law, it is also far from the “medical marijuana overlay districts” set by the city in 2013 in Alewife and NorthPoint.

The previous bidder to operate a Cambridge marijuana dispensary, John Greene and his Greeneway Wellness Foundation, struggled to find the perfect location. His first attempt was for office space at 11 First St., East Cambridge, literally across the street from the border of the NorthPoint medical marijuana overlay district, but the state released the address before Greene could talk with neighbors or city officials, and he was run off. Then Greene looked at 61 Mooney St., down a block defined on two sides by the Alewife overlay district, but not in it.

After winning a one-block extension of the zoning, Greeneway Wellness fell afoul of state restrictions over finance rules caught between state legality and federal illegality.

“Cambridge was a hard nut to crack in terms of zoning,” Greene said Sunday of opening a dispensary, “but the state made it impossible.”

Greeneway Wellness gave up at the end of 2014, he said. “We looked at keeping the capital and everything going, and it became pretty tough.”

Medical marijuana in Massachusetts was legalized when a Nov. 6, 2012, state ballot passed with 63 percent voting in favor. Response was even stronger in Cambridge, where 79 percent of those voting on the question were in favor. The law went into effect the following Jan. 1, officially giving each county in Massachusetts at least one treatment center but no more than five.

But the state’s first dispensary opened only in June, a year and a half afterward, and now there are three statewide, including in Brockton and Taunton. More than 18,000 people are certified for medical marijuana, according to the state, but fewer than 13,000 have cards allowing them to buy.

“Three years after 79 percent of Cambridge voters approved the medical marijuana ballot initiative, there is still no such facility located in the city,” Milford Medicinals says in its 36-signature petition. The company says it will use its Milford facility to cultivate the marijuana sold in Cambridge, but even without needing the room to grow it couldn’t find an adequate facility in the pot overlay districts.

It says the Mid-Cambridge space, in a building that has hosted a bike shop, gluten-free bakery and Indian restaurant, can be “easily be made to conform to the spirit and intent of the zoning.”

Greene thinks getting approval may be harder than the Milford owners think.

“It took us a year and a half to get the residents familiar with us,” he said. “I wish them all the best, but Mass. Ave. is kind of a stretch” for zoning.