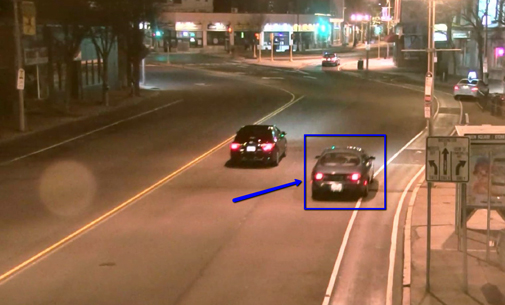 Police released this image when searching for the driver suspected in a Feb. 28 hit-and-run.

Steele reportedly lived alone in a senior housing complex but was out frequently, despite the wheelchair and cold weather.

The driver of the vehicle that struck her has been identified as Henry Park, 62, of Somerville, police said. They believed the driver had fled northbound after the crash, heading toward Somerville via Webster Avenue and Prospect Street, leading police to start a search for a vehicle with damage to its front bumper, headlight and possibly hood. Police believed the driver to be the only person in the car at the time.

Police found the suspect car on the afternoon of March 3.

An arraignment date has yet to be scheduled.