Teens are banished by veterans under fire, punished for someone else’s predicament 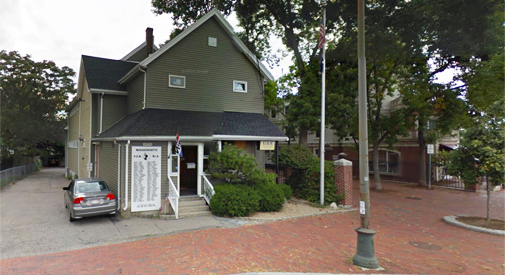 Teens are banished by veterans under fire, punished for someone else’s predicament

A bunch of teens are invited to a party to celebrate a big win for their school’s basketball team. By all accounts the teens are well-behaved and following the law – there’s no underage drinking or smoking observed by police, fire officials or the people who hosted the party. And this comes as no surprise, since the hosts have had other teen parties in the past with no problem.

So of course when the License Commission makes a vigorous investigation of whether the United American Vets’ Eugene F. Lynch Post No. 30 allowed overcrowding at a March 26 party, the solution is to ban teen parties forever?

It’s disputed whether there was overcrowding in the North Cambridge post’s second-floor rental space. Representatives of the club, which has been around some six decades, say they called police to help clear the crowds long before the hall’s 99-person capacity was reached; a police officer and fire official say they found the hall “shoulder to shoulder” with about 150 partygoers.

In scrambling to keep their post from being punished, Lynch representatives pleaded with the commission, praised law enforcement, stressed that the member who brought on the problem was being reprimanded – and threw teens completely under the bus. The post even canceled two teen parties that had been reserved, returning the deposits but disappointing people who thought they had the location locked in for their event.

No one brought up the fact that the teens, acknowledged as being polite and lawful, were being made victims solely for the crime of showing up to dance at a party to which they were invited. The teens did absolutely nothing wrong.

This is a bad, pointless outcome that punishes the innocent. Do the License Commission, police and fire officials really endorse taking away an option for teens who want to get together and dance, without drugs, smoking or incident?