Vets post, under fire for surprise crowd, vows to allow no more parties for teens 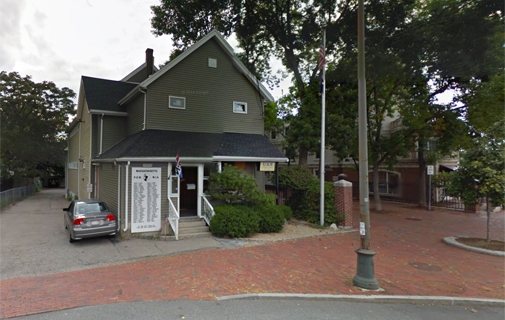 Vets post, under fire for surprise crowd, vows to allow no more parties for teens

A teen party that drew more people than expected could mean punishment for the venue that hosted it, but officers at the United American Vets’ Eugene F. Lynch Post No. 30 are disputing firefighter and police accounts of how many teens were inside on March 26.

In pleading for mercy from the License Commission – whose three members include the acting police commissioner and a fire official – they are also vowing to end rentals to teen parties, even though the post has hosted past events without a problem. “We will no longer allow any teen parties,” said the post’s assistant quarter master, Paul Corriveau. “In fact, we canceled two other parties that were reserved and the monies [were] refunded.”

At a hearing held by the commission Tuesday, the representatives of the 1 Cedar St., North Cambridge, post said they had been “duped” by a non-veteran member who said it was a birthday party for his 15-year-old brother. Instead, they testified, he held a stealth March Madness party to celebrate a big win by Cambridge Rindge and Latin School’s basketball team. Just seven days earlier, the Falcons beat Shrewsbury’s private St. John’s High School in a 66-51 game at Springfield’s MassMutual Center that decided the Division 1 state championship. It gave the team its first state title since 2001.

“We invited people via Facebook and it went viral,” said Bryan Douyon, the young post member who rented the hall for a birthday party and said in a letter that “in the end” it became something quite different. 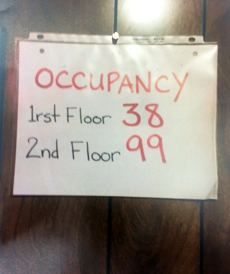 The capacity of the club’s rented second-floor space is 99 people. Knowing there was a big teen party coming in with a DJ and dancing, the club locked up the alcohol and hired an off-duty Cambridge police officer to help work the doors. A count was kept of who entered and all partygoers were frisked to ensure there was no alcohol or weapons.

The party was advertised for 7:30 p.m., but the detail officer, Officer Steve Allen, arrived at 8:55 p.m. from another event he’d worked to find teens already lining up, the post representatives said. Police were called in at 9:15 p.m. – more than 10 officers eventually arrived, in around as many cars – and had cleared the scene by 10:20 p.m., according to testimony. Two firefighters were also called in to assess safety in the sprinkler-less building at the height of the crowding.

“You understand why we have concerns?” asked Assistant Chief Gerard E. Mahoney, sitting in for fire chief Gerald Reardon. “Remember The Station nightclub fire? Absent the pyrotechnics, you know why those people died in that fire?”

One hundred people died in that Providence, R.I., nightclub fire in 2003 after a rock band manager set off fireworks. Overcrowding and a lack of knowledge about exit locations have been blamed for the large number of deaths and even larger number of injuries.

When firefighters arrived, they found more than 150 teens outside, more teens on the stairs and close to another 150 in the second-floor room where the party was being held, where the crowd was milling around “shoulder to shoulder,” fire Capt. Robert Morrissey said. “Getting to the second floor was just basically pushing people out of the way. We had to ask people to move aside … every part of the room was full.”

Later Tuesday, when Officer Michael LeVecque arrived and testified to the commission, he confirmed the description – even calling the crowd “shoulder to shoulder” despite not being in the room when Morrissey used the term.

The teens were “polite” and there was no underage drinking or smoking seen, fire and police officials said.

But the crowding, and the fact police and firefighters were called to the scene, had post representatives shaken and furious, and they told the License Commission repeatedly how much they appreciated the work done by police clearing the premises and and how angry they were by being “scammed.” The membership of the person who sponsored the event, CRLS grad and current Fitchburg State University student Douyon, 21, has been suspended for lying, they said, and they are contemplating further punishment.

With a largely older membership that isn’t savvy with social media, the post had no idea what was coming.

“We felt that this was a scam, this was a scam by the gentleman who rented our hall. And it could have been like any other scam, like a credit card scam, a home invasion scam by someone dressing as a UPS driver or someone taking advantage of the elderly. All of these scams start with the lie and end with the victim,” Murphy said. “The victim this time is the veterans organization in front of you.”

But the crowd figures cited by fire and police officials were nowhere near close, they said. Police were called when the number of teens upstairs in the party space reached 80 and no more were allowed in, “creating the overflow that went to the sidewalk,” post official Paul Corriveau said. “The overflow built up to 200-plus teens.”

“At this time the Cambridge Police Department was called,” Corriveau said.

“We have good counts,” Murphy said, swearing to commissioners that the detail officer had confirmed that the number of teens upstairs was below capacity at the time on-duty police were called in – but would not submit a letter saying so. Post officers also said they’d been cleared of blame on crowd figures by a firefighter, but neither commissioners, the fire officials at the meeting nor the post representatives could say who that firefighter was.

Commission chairwoman Nicole Murati Ferrer said it was “odd” that police and fire officials would independently use exactly the same “shoulder to shoulder” phrase to describe the crowd, and that their estimates were roughly double those of post officials. The commission would take the case under advisement, she said.

“This veterans organization has served the community for more than six decades without an issue remotely like this,” Murphy said. “We pray that you would agree we were scammed – but always had control of our post, just as we’ve had for six decades. It’s a remarkable record … We hope you will agree no disciplinary action is required.”

The agenda for Tuesday’s meeting suggested even more issues jeopardized the club’s standing, including that “patrons were obstructing the public way, causing nuisance, disturbance of the peace and public safety issues; there was a transfer of ownership/interest and [the] club was being operated by a non-member; and [the] club was open to non-members. In addition, it is alleged the club is allowing non-veterans to join as members.”

But these were non-issues during the hearing, either lacking in the police report, answered by the presence of members during the March 26 party or by the official nature of the club. “It is in fact not designated as a veterans club in regard to the license we issued them,” Murati Ferrer said, striking the charges from record.

Post representatives were also questioned sharply on what a recent fire inspection had to say about the building’s lack of sprinklers, but they shrugged and told the commission that fire inspectors had come and gone without saying anything.