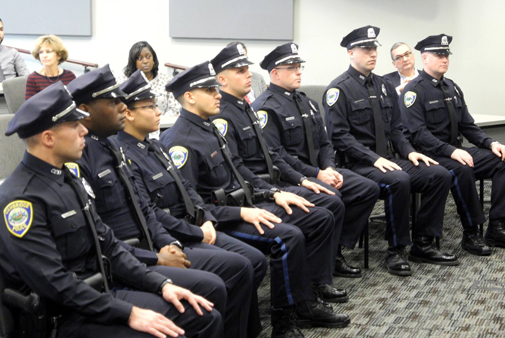 A Cambridge Police officer has been arrested and arraigned on a charge of disturbing the peace, also known as disorderly conduct, after an incident at a Revere restaurant July 10.

Officer Jonathan Vicente, 25, of Revere, is suspected as being among a group of men who got in an “altercation” with a worker at the restaurant Volare for rebuking them for urinating in the Broadway eatery’s back alley, said Jake Wark, spokesman for the Suffolk Country District Attorney’s Office. The men left afterward, leaving the worker to be treated for his injuries.

“Revere officers stopped a vehicle a short distance away occupied by Vicente and another man. In light of witness statements, marks on Vicente’s hands, and stains consistent with blood on a shirt believed to be his, Vicente was charged with disorderly conduct,” Wark said, placing the time of arrest as shortly after 2:10 a.m. “The investigation into the group assault continues.”

Vicente was arraigned July 11 in Chelsea District Court, released on his own recognizance and ordered to return Aug. 10, Wark said.

He has been placed on unpaid administrative leave from the Cambridge Police Department, where acting commissioner Christopher J. Burke said the allegations were being taken seriously.

“We will provide any support needed from our partners at the Revere Police Department and the District Attorney’s Office to facilitate their investigation,” Burke said.

Vicente has been an officer only a few months; he completed training and graduated from the Lowell Police Academy in October and was formally welcomed as a Cambridge officer in November, joining his father, Hector, on the force.

The story of an officer getting into violent trouble during an off-duty night on the town isn’t unique to Vicente. In April 2015, Cambridge Officer Neil Bogonovich was arrested in Templeton, a town in North Central Massachusetts above Worcester near the New Hampshire border.

Bogonovich, who began working for the Cambridge Police Department in 1999, “was drunk, disorderly, armed and resisting arrest when he assaulted a Templeton police officer last week,” according to the Boston Herald’s O’Ryan Johnson, and was “charged with disorderly conduct, resisting arrest, possession of a firearm while intoxicated and two counts of assault and battery on a police officer.” Other details were not released.

A “comprehensive” internal investigation into the events was to be conducted by the Department’s Professional Standards Unit, said Jeremy Warnick, director of communications and media relations for Cambridge police. A police press release said then that “Officer Bogonovich’s actions do not reflect the professionalism that we as a department take great pride in. The Cambridge Police are taking this matter very seriously.”

Warnick said he would look into what administrative actions were taken toward Bogonovich after that investigation.