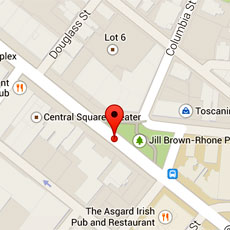 Cambridge Police are investigating reports of a gunshot Monday night, as well as a separate incident with an officer last week.
By Marc Levy

Cambridge Police are investigating reports of a gunshot Monday night in the 400 block of Massachusetts Avenue, a long stretch from The Middle East Restaurant and McDonald’s to the fire station and Jill Brown-Rhone Park.

Cambridge Police responded at about 10:31 p.m. to an activation from ShotSpotter technology, which uses sensors to identify gunshots out of a city’s background noise. When officers arrived, they saw a group of people in an alleyway. When officers approached, the group ran away, police said.

“There are no reported injuries or identified parties at this time,” said Jeremy Warnick, director of communications and media relations for Cambridge police. But police found a revolver in a parking lot at the rear of a business, and the investigation goes on.

ShotSpotter technology is in a two-year trial in Cambridge as well as in Chelsea, Everett, Revere and Somerville paid for by a grant from the Department of Homeland Security filed through those communities’ Urban Areas Security Initiative group. “The decision to implement ShotSpotter in Cambridge originated about [five] years ago after the City Council expressed interest and saw great benefits in the technology,” Warnick said in a May press release.

“ShotSpotter has proven to be extremely useful in pinpointing the actual origin of gunshots in Boston, Springfield and a number of other cities across the country,” Police Commissioner Robert C. Haas said in the release. “We anticipate that this will be just as valuable as a public safety tool for the Cambridge Police and help expedite our response in the event that there are gunshot incidents, which can result in potentially saving lives, increasing weapon-related arrests, and ultimately enhancing the safety of our neighborhoods.”

In an unrelated matter, police reported the arrest of one of their own, Officer Neil Bogonovich, Thursday night in Templeton, a town in North Central Massachusetts above Worcester near the New Hampshire border.

Bogonovich, who began working for the Cambridge Police Department in 1999, “was drunk, disorderly, armed and resisting arrest when he assaulted a Templeton police officer last week,” according to the Boston Herald’s O’Ryan Johnson, and was “charged with disorderly conduct, resisting arrest, possession of a firearm while intoxicated and two counts of assault and battery on a police officer.” Other details were not released.

A “comprehensive” internal investigation into the events is being conducted by the Department’s Professional Standards Unit, Warnick said.

“Officer Bogonovich’s actions do not reflect the professionalism that we as a department take great pride in. The Cambridge Police are taking this matter very seriously and have taken immediate steps to place him on administrative leave,” a police press release said.