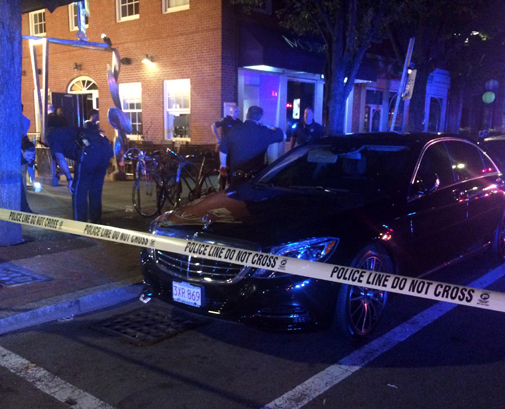 The nightclub Monroe faces a seven-day suspension and the loss of two crucial nightlife hours – from midnight to 2 a.m. – as a result of License Commission sanctions for recent incidents that have drawn police.

Owner Solmon Chowdhury has five days to appeal from the official issuance of the decision, which was unanimous on the part of the three-member commission. There was no mention of a possible reduction in occupancy, which had been brought up at the end of a July 18 hearing that heard testimony from several police officers about three incidents in June. In short, barring a successful appeal, nights at Monroe can be just as crowded but shorter, ending at midnight, with two fewer hours in which patrons at the 450 Massachusetts Ave. restaurant and club can be served alcohol.

Fire chief Gerald Reardon at first suggested a rollback of hours “to at least 1 a.m.,” which would give the Central Square streets a chance to clear of nearly 500 customers at Monroe before other nearby clubs and bars close for the night, spilling out potentially thousands more.

But chairwoman Nicole Murati Ferrer said she’d been thinking of midnight, and acting police commissioner Christopher J. Burke said that, though he “could have been convinced” of a 1 a.m. closing, so had he.

“I’m fine with 12 … this particular individual has been here a number of times and certainly knows the rules, and it seems in my estimation profits are put ahead of public safety in some instances,” Reardon said.

The club was let off the hook for two suspected instances of interfering with police, in which managers and workers were said to be slow to help a detective looking for a customer or to give police video that could help find suspects in a shooting. (The detective did not identify himself fully, the commission found, and the video was produced the next day.)

But a June 9 incident in which a woman was tasered during a fight and the June 12 shooting outside the club that injured a bystander in the foot were considered as part of a series of incidents looking back not just to May 2013, when an aggressive 400-person crowd and several fights drew three-quarters of the city police department and the entire MIT Police force to the scene, but to similar clashes at Chowdhury’s previous club, Om, in Harvard Square.

Monroe, which from May 2012 to January of this year had been known as the restaurant Moksa and nightclub Naga, had two previous hearings for which incidents had been placed on file instead of drawing punishments, said Elizabeth Lint, executive director of the commission.

Some customers were being over-served alcohol and using marijuana inside the club, commissioners said, and Reardon called out last week’s testimony from manager Brig Dauber – he said he had never smoked marijuana, and thus had difficulty identifying its use in the club – as playing a role in his decision.

Replacing Dauber as manager of record was among Chowdhury’s suggested remedies for problems at the club, along with a three-day suspension and the hiring of more security. But those suggestions, made Saturday in an email from attorney Timothy R. Flaherty, didn’t sway the commission from a punishment that he said “would be very harmful to Mr. Chowdury’s business.”

It was the repeated emergencies at the club that drew Burke’s attention, since it was his officers called in from around the city to quell fights, shut down streets and search for spent shell casings after shootings, including two spring reports of shots fired that produced no victims.

“What really jumps out is the safety hazard. On at least a couple of occasions this required a full citywide [police] response. This set the rest of the city up for potential hazard, given the drawing of all police resources in the city to this one location,” Burke said. “The overtime expenses that have been directed to this club to support public safety efforts in the square have been over the top and money not well spent. I have serious concerns with the respect not only of the community, but the responding officers as well.”