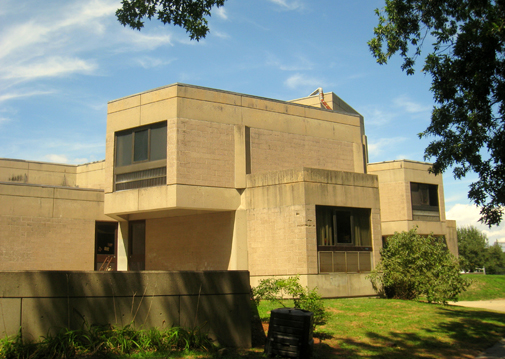 A Tobin elementary school revamp should include space for half of the city’s universal prekindergarten needs, two city councillors say.

The slow rollout of universal prekindergarten has been frustrating for a few city councillors, and a couple are looking at the upcoming rebuilding of the 46-year-old Tobin elementary school and Vassal Lane Upper School as way to ensure there’s finally a place to start educating all of the city’s 3- and 4-year-old.

Or half of those children, anyway. An order passed Monday introduced by councillors Leland Cheung and Jan Devereux asks that the reconstructed Tobin School house half of the city’s universal prekindergarten needs, with the rest to go in “another school to be redesigned in the near future.”

The work on a block across from Fresh Pond in West Cambridge is already expected to cost at least $200 million, and councillors have urging the City Manager’s Office to look at the site’s potential if the Massachusetts Army National Guard armory and defunct Tokyo Restaurant are combined into planning.

Though the combined campus of the Peabody elementary school and Rindge Avenue Upper School was mentioned years ago as the fourth of four school construction projects, its buildings are newer and in better shape than many. Built in 1962 for $1.4 million (in today’s dollars, about $11.5 million), it received extensive renovations in 2001.

The Dr. Martin Luther King Jr. School complex opened on Putnam Avenue in late 2015 with a $95.5 million price tag; The King Open/Cambridge Street Upper School & Community Complex, which will include administrative offices for the district, is projected to cost $160 million. Neither was okayed for state reimbursement.

One council cost estimate in 2013 saw work on four school renovation projects stretching out to fiscal year 2046 for a total $488 million, including $108 million in interest. But the three projects minus the Rindge campus already totals some $456 million.

Cheung has been agitating for action on early childhood for years, saying there has already been extensive study of the issue. “We’re talking about programs, and philosophy and education and curriculum, and parents are like, ‘When’s pickup and when’s drop-off?’” he said in 2015. “Every year this is not addressed is another year I see friends leave, another year where we’re losing children.”

The issue goes back years. Marc McGovern, once a School Committee member and now vice mayor, and Marjorie Decker, then a councillor and now a state representative, were appointed in 2010 to lead a blue ribbon commission on the topic that issued a report in October 2011. In September 2013, another set of councillors and committee members asked for a follow-up task force, which worked for 15 months to produce the report heard two years ago.

Cheung was not the first councillor to call for faster action. In June 2013, McGovern issued a call for universal pre-K enrollment by September 2014 and Decker was livid at the pace set by the former city manager and superintendent when that wasn’t achieved.

There have been frustrations on the School Committee side as well, with member Emily Dexter leading the fight for expansion and urgency. “I would like to point out that this has been going on for four to five years,” Dexter said in September. “I don’t believe we have significantly expanded the number of seats in that time.”

So far the bulk of city investment “to building a comprehensive early childhood system” has focused on partnerships with community programs rather than additions to the Cambridge Public Schools system. In the upcoming fiscal year, the city manager proposes adding $1 million to that Birth to Grade 3 Partnership, for a total $2.3 million.

The conversation among councillors ignores the partnerships, though the opportunity seen in the Tobin school, or any central location, didn’t seem like an appropriate solution to all.

“My sense is, most families would rather have more local locations for pre-K. Three- and 4-year-olds traveling on buses is not as easy as with older kids,” said councillor Dennis Carlone, who suggested instead early childhood education centers “should be as diversified in location as possible throughout the city, and not just in schools.”

The city’s growing population was an argument against central locations, Carlone said, because while the nearby Alewife area is in the process of “generating and will continue to generate up to another 500 children,” another 1,000 children are expected from the NorthPoint and Kendall Square neighborhoods coming together on the opposite side of the city.