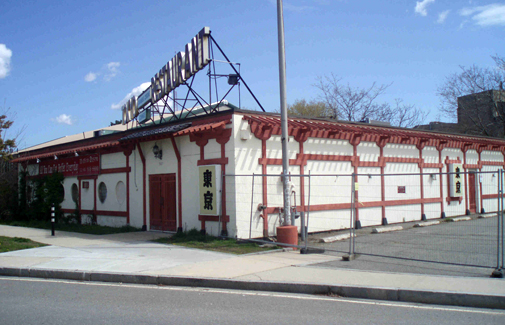 The former Tokyo Restaurant site on Fresh Pond Parkway is being examined for affordable housing.

Only two years ago, the city asked about buying the site of the former Tokyo Restaurant and went away disappointed – after years of being turned away by the owner, the city found the property had sold just two months earlier for $3.1 million. But on Monday, responding to news that the latest owner might sell, councillors asked the city to explore again the possibility of buying the property for affordable housing.

With so much attention on affordable housing and a growing population over the past council term and current budget cycle, officials were imagining more than the 29 units currently allowed on the 13,909-square-foot site at 307 Fresh Pond Parkway, where the Tokyo Restaurant closed well over a decade ago.

The city is already planning to rebuild the neighboring Tobin elementary school and Vassal Lane Upper School, expected to cost at least $200 million in the earliest guesses, adding space for a growing student body and possibly for early childhood education. And between the aging school buildings and Tokyo Restaurant site is a Massachusetts Army National Guard armory that councillors have speculated about buying.

The Fresh Pond Residents Alliance has kept an eye on conditions at the former Tokyo Restaurant site. Click on the photos to see the group’s notes.

The combining of two, or even all, of the sites would allow for designs with far more than 29 units of affordable housing, Carlone said.

“That makes this a little more important than just the site this is,” councillor Dennis Carlone said.

McGovern agreed. “There are opportunities,” he said. “There could be some real creative things that could happen there if we were to acquire the Tokyo and the armory.”

The Tokyo Restaurant site has long been considered a neighborhood eyesore, with graffiti, poor fencing and poor snow and ice removal in the winter. A former owner’s plan in January 2014 to put up a 20-unit condominium building with 20 parking spaces went nowhere after fierce opposition from neighbors, said Liza Paden, a project planner with the Community Development Department, and the property sold 10 months later to Elie al-Lakkis, owner of the neighboring Mobil gas station and Abe’s Complete Auto Service. Al-Lakkis and his EMJR Properties hoped in 2015 to use the property to expand his auto repair business; when the Board of Zoning Appeal rejected the plan, he tried last year for permission to simply use the space for parking for up to 18 cars – which neighbors pointed out he’d been doing without permission – and withdrew the petition Aug. 25 from consideration by the board. He cannot file again for the use for two years from that date.

His hope was to sell used cars there, Paden said.

Now al-Lakkis is looking to sell, with city sources putting his proposed price at nearly double what he paid in late 2014.

The land has long been eyed by city officials for affordable housing, with councillor David Maher listing it alongside Central Square’s Vail Court and other sites at an October 2014 meeting of the Affordable Housing Trust. “Every neighborhood has a responsibility” for affordable housing, and that the city has not been aggressive enough in taking land by eminent domain for projects, Maher said in citing those properties. (Last October, the council approved $3.7 million to seize Vail Court.)

The Monday policy order was written after consultation with the city manager, who was willing to explore repeating a recently used model in which Cambridge buys the property for development by one of the city’s nonprofit affordable housing builders, such as Just A Start or Homeowner’s Rehab Inc., McGovern said.

“We have a lot of space needs and frankly little access to buying land. I don’t know if this property is any more accessible or affordable than the others, but it’s certainly well-located for a public purpose,” Devereux said. “It breaks my heart to think of it being a used for a car lot.”

A voicemail seeking comment was left Monday with al-Lakkis.

This post was updated May 2, 2017, with details from Liza Paden.