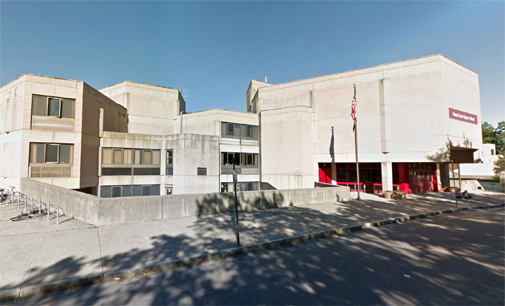 The schools at 197 Vassal Lane, built in 1971, are next in line for rebuilding by the city. (Image: Google)

The city is being urged to think big on rebuilding the 46-year-old Tobin elementary school and Vassal Lane Upper School, already expected to cost at least $200 million in the earliest guesses, by adding space for a growing student body, potential early childhood education space and with a potential purchase of the neighboring Massachusetts Army National Guard armory.

But the look at school construction brought a warning that wealthy Cambridge might be reaching a limit on self-funding big projects for a while, and that within a few years residents should expect to see a new approach taken: ballot referendums on which voters would decide to go forward by paying with an increase in their own property taxes.

City councillors still took the opportunity Monday to think big, though, as the purchase of the armory would allow a repositioning of the dual-campus school onto Concord Avenue, putting the Callanan playground and park closer to the surrounding residential neighborhood.

That idea is already being looked at, and “I think we can do that without the armory,” City Manager Louis A. DePasquale said.

He provided the guess at total project costs as part of a city bid to get partial reimbursement on construction costs from the state.

Even with 35 percent on construction costs eligible, and with reimbursement rates of 70 percent, it would mean $50 million finding its way back into city coffers. “For those kinds of numbers, it was important we take a look at this and go through the process. It doesn’t limit us in what we can do, but it will help us if we can get that kind of money,” DePasquale said.

The campus on a block across from Fresh Pond in West Cambridge is expected to be the last of three big school construction projects. The Dr. Martin Luther King Jr. School complex opened on Putnam Avenue in late 2015 with a $95.5 million price tag; The King Open/Cambridge Street Upper School & Community Complex is projected to cost $160 million. Neither was okayed for state reimbursement, though the city could get about $2.3 million back for rebuilding a city library branch as part of Cambridge Street.

It was unlikely Cambridge would get money back this time, either, vice mayor Marc McGovern said. The state is already underfunding reimbursement, leading to cities having to wait up to a decade for promised help paying back construction, and that means Cambridge is unlikely to win out as officials prioritized aid. “If they’re looking at Cambridge and they’re looking at Lynn, we’re not winning that battle,” McGovern said.

It’s not something Cambridge has had to worry about in recent years, as construction fees and savvy financial management have meant record-high free cash reserves despite a long run of capital projects, from water-sewer separation to new libraries and police stations. But with the three school projects, the city would be taking on about $500 million in debt over 10 to 15 years, Pasquale said, sounding renewed warnings that “there’s only so much that even the city of Cambridge can take on. It has put us in a difficult position moving forward to look at some other types of debt. But that’s a decision we’ve made – we made an investment in schools.”

When councillor Nadeem Mazen suggested that the next big investments, such as in broadband Internet infrastructure or early childhood education centers, might be paid for via property tax ballot initiatives instead of borrowing and municipal bonds – and within the next three to four years – DePasquale agreed. “Clearly that is something we’re starting to look at,” the city manager said.

The Vassal Lane expense is considered necessary, though. The 197 Vassal Lane building went up in 1971, and its electric heat is costly and inefficient; the roof and windows, meanwhile, are original, and patches are failing to keep heat in and rain and snow out. “In addition to building systems that are past normal life expectations, the building’s classrooms, cafeteria and gymnasium do not meet the educational needs of its occupants,” according to a city assessment.

The school will almost certainly be built on the Concord Avenue side of the block, which means students and faculty will be able to move in when construction is complete, allowing the old school to be razed and open space to replace it on the Vassal Lane side, Deputy City Manager Lisa C. Peterson said. The schools are being built on three-year timelines.

To keep the project on schedule, planners will need to complete an analysis of needs this year, Peterson said. “Significant” remediation from the site’s use as a clay pit in Cambridge’s long-ago brick industry, and then for landfill, is part of expected expenses, but space needs and how many geothermal wells must be sunk all must be calculated. 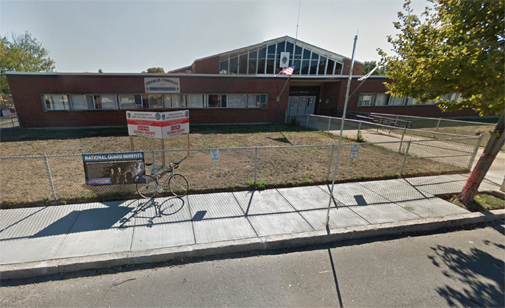 A state-owned armory at 406 Concord Ave. has been considered for city use repeatedly since the the 1990s.

Along with all but inevitable early childhood education needs, school populations are growing and the area is in an ongoing construction boom, with more three-bedroom units suitable for families mandated under incoming zoning law, McGovern noted.

The potential for growth had councillors eyeing 122,560 square feet of armory land belonging to the state. Part of the site was considered for purchase in 1996 when a home was needed for the West Cambridge Youth Center, but the adjutant general of the armory turned the city away in 2000. When a new police headquarters was being discussed in 2004, the City Manager’s Office said that years of effort made it clear there would be no sale.

But times change, and now the building is known mostly as a voting location and road-test site for the Department of Motor Vehicles. A chance finding of long-expired artillery forced the National Guard to throw out tenants six months ago, councillor Jan Devereux said, and the site – including the 26,241-square-foot building that is now nearly 80 years old – “must be an incredible money pit,” she said. “Maybe they would be happy to sell it.” (She also nudged officials toward the same block’s long-defunct Tokyo Restaurant land, which neighbors the armory on the Fresh Pond Parkway.)

Peterson didn’t think the armory was for sale. An assessment this year put its value at $6.6 million.