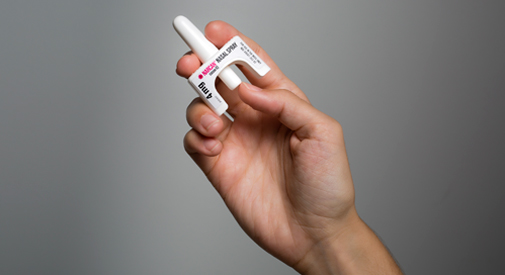 In the few months that Cambridge police officers have carried Narcan, the life-saving agent that can reverse an opioid drug overdose, the department has embraced the effort in a big way.

Cambridge police came relatively late to Narcan. Officers didn’t start administering it until early this year because of liability concerns; a state law cleared the way for adoption, police said. Though Cambridge firefighters have carried the drug since 2015, and Somerville police started administering Narcan in 2014.

Now, Cambridge police are not only fully trained and using Narcan on the street but have reached out to local groups dealing with addicts. Led by a deputy superintendent attending a Harvard program for local leaders responding to emergencies, Cambridge officers have even advised police in Jackson, Miss., on how to establish community alliances and a Narcan training program.

The zeal to combat the rising tide of opioid overdoses and deaths has also led police here to help a private, for-profit startup that is trying to develop a commercial product aimed at shortening the response time for administering Narcan.

The company, General Emergency Medical Supplies, known as Gems, wants to put small, locked boxes stocked with Narcan and perhaps other emergency supplies in public places where passers-by seeing an overdose victim could get a Narcan nasal spray or injector and administer the drug quicker than emergency medical workers could arrive.

“The reason there is interest [by Cambridge police] is, what this can potentially do is improve the overall response time,” police department spokesman Jeremy Warnick said when asked why police are helping develop a commercial product. “It will potentially have a great benefit to the community and to those who are suffering from addiction.”

The city has helped private companies before, he said. He cited the example of Haven, a mobile phone app developed by RapidSOS, which allows subscribers to have their address transmitted to dispatchers when they call 911 from a cellphone. Without the app, emergency dispatchers sometimes don’t know the exact address. Police helped RapidSOS test the app; in return the company offered any Cambridge resident a 10-year free subscription to the service.

Warnick said it’s too early in the development process to know whether Gems will make an offer similar to RapidSOS’ to Cambridge in return for the help of police. Company co-founder Andrew Schwartz said, “We haven’t figured out how much this is going to cost” or whether Gems would sell or lease the boxes to communities. Schwartz added that more rural and presumably poorer communities than Cambridge might need the lockboxes more.

“This will be good for communities that have a 30- or 40-minute wait” for emergency responders, he said. “We want it to be affordable for everyone.”

Does the city have a policy on employees helping private companies? Cambridge government spokesman Lee Gianetti said in an email: “Our subject matter experts are often partners with and resources for the community and frequently work in collaboration with private initiatives that will have an impact on the city’s efforts.”

Susan Feinberg, spokeswoman for the Cambridge Public Health Department, agreed. “Public safety and public health agencies need to be looking for innovative solutions to this crisis, and sometimes these solutions come from the private sector,” she said. 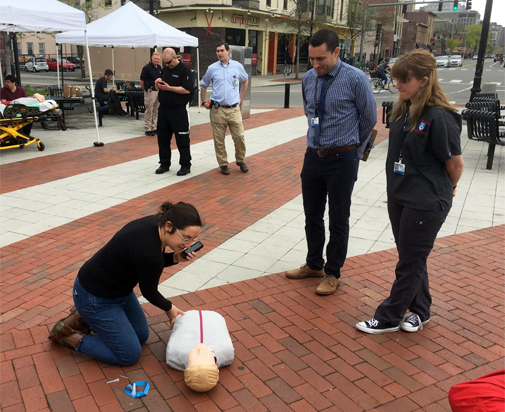 A passer-by near Central Square takes part in an April 28 test of a product meant to save the lives of people overdosing on opioids. (Photo: Cambridge Police Department)

Deputy Superintendent Jack Albert is convinced the lockboxes will help save lives. Albert found out about the idea when he attended the National Preparedness Leadership Initiative, a Harvard program aimed at helping local leaders respond to natural disasters, terrorism and other emergencies. He was introduced to Schwartz, who works for the program as an administrative assistant (Gems has no connection to the program, Schwartz said).

Schwartz told Albert that he and his partners wanted to test their idea for Narcan lockboxes on the street. The proposal appealed to Albert. The boxes could serve as a backup supply for police officers as well as allow bystanders to help overdose victims, he said. Albert envisions an even broader emergency services role for the lockboxes: repositories for all sorts of supplies.

“We could put EpiPens in there,” he said, referring to the devices that can reverse dangerous allergic reactions.

On April 28, police officers as well as Public Health Department employees participated in an experiment in Lafayette Square aimed at determining if pedestrians would be willing to administer Narcan to an addict overdosing. Led by a Brigham and Women’s Hospital doctor who is helping Gems, the test had passers-by who agreed to help practicing administering the drug to a mannequin. Police set up a table to educate people about signs of an overdose and how Narcan can help.

As the experiment was proceeding, police officers administered Narcan to a real-life overdose victim on Brookline Street a few blocks away. “It highlighted the importance of having Narcan available,” Albert said. 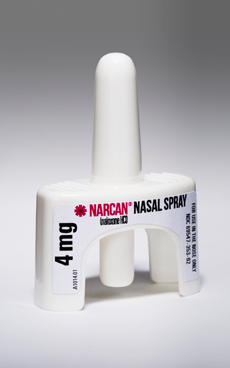 The state has a program that makes Narcan available in pharmacies without a prescription.

That program has trained hundreds of people, including relatives of addicts, business owners and community workers such as librarians. The Needle Exchange gives out Narcan kits to people who go through its training, and participants can replenish their supply after they report administering the drug.

Besides the training, the state initiated a program to make Narcan available in pharmacies without a prescription, in an emergency. The program makes Narcan a “standing order” in pharmacies after the pharmacy obtains one prescription for the order from a doctor. Someone helping an overdose victim can go to the pharmacy and get the drug. According to a state list, the CVS pharmacy in Central Square is one of those with a standing order for Narcan.

Questions remain about the lockbox idea. Where would they be placed? Schwartz said Gems plans to use data from 911 calls relating to overdoses. How many addicts overdose in public, where a passer-by could see them, as opposed to inside, such as a restroom? Albert said officers have often encountered victims outdoors, and that lockboxes could help if someone discovered an overdose inside a restaurant bathroom.

Gems developers are awaiting information on whether using a lockbox really does bring help faster than calling 911; the concept calls for Good Samaritans looking for Narcan to call a number to get a code to open the nearest lockbox, or to have emergency dispatchers open the box remotely.

Albert has been working on a broader Narcan project, one that he joined as part of the Harvard program. He and other participants in his group, including a state police major, an officer from the Air Force Air War College, and doctors from Ireland, Virginia and the Centers for Disease Control and Prevention developed a “toolbox” that can help police agencies with no Narcan program initiate one.

To that end, he and his colleagues worked with police in Jackson on a pilot program to train and outfit officers with Narcan. Cambridge and Massachusetts State Police provided training and presentations outlining such strategies as “how we do our stakeholder [outreach] to prevent overdoses,” Albert said. Earlier this month Jackson police launched the program with 100 officers, he said. The Harvard group also plans to work with an Alabama police agency.

Emergency workers face worsening trends in addiction that leave them scrambling to save those who overdose. “The challenge now is fentanyl,” Albert said, referring to another opioid that is much stronger than heroin. It can take two to three vials of Narcan to save someone overdosing on fentanyl, he said,

Another opioid on the horizon worries Albert even more. “It’s called Gray Death because it looks like cement,” he said. News reports say the combination drug has turned up in Ohio, Alabama and Georgia and can kill someone with one dose. “It’s even a danger to officers” trying to save someone’s life, Albert said. Authorities say it’s dangerous to responders if they inhale it or it’s absorbed through their skin.