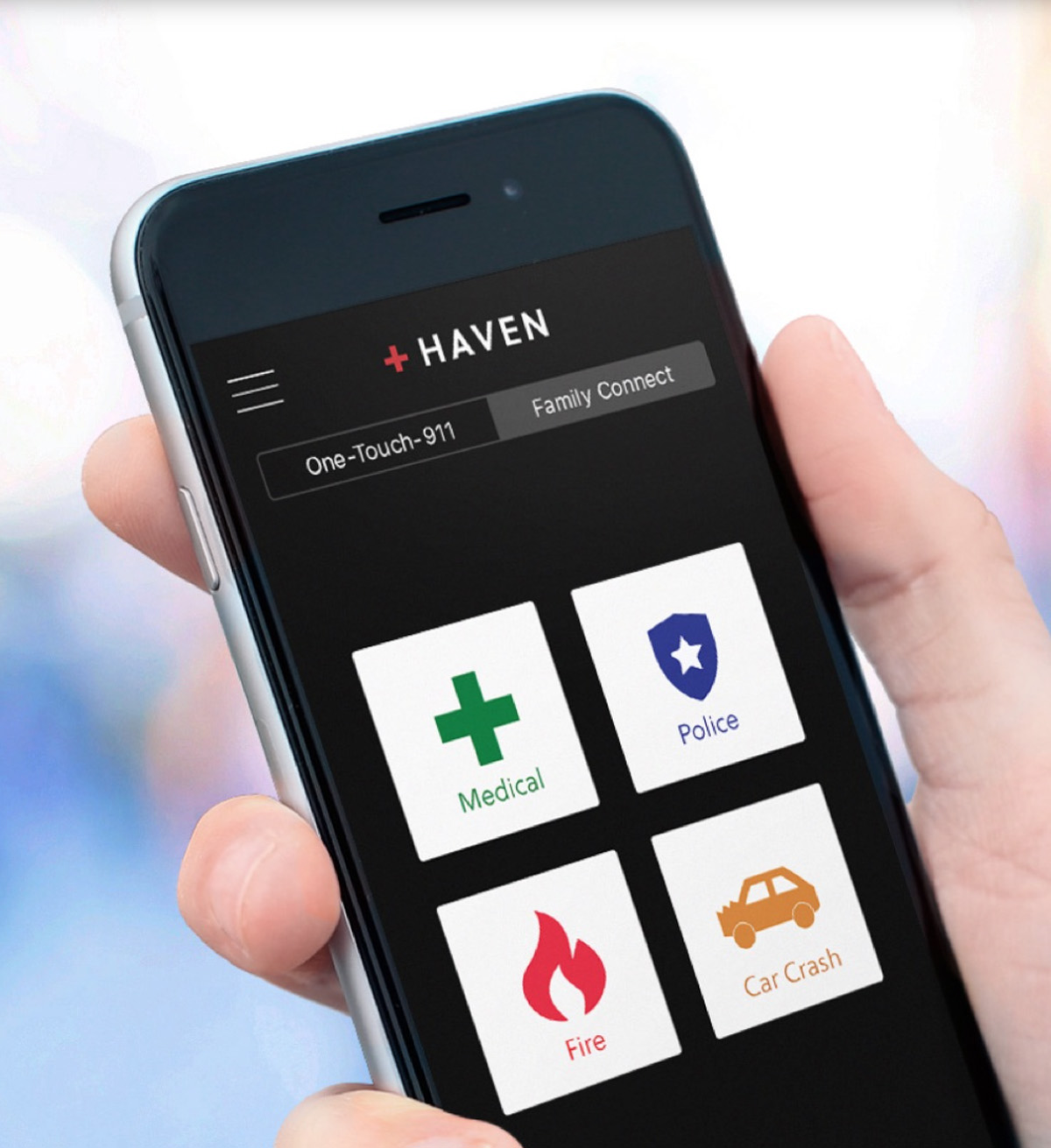 It doesn’t matter how dire the emergency: Calling 911 from a mobile phone doesn’t reach Cambridge police or firefighters – it gets state police, who will transfer the call. But neither police force will know where you’re calling coming from, and there’s no government solution coming anytime soon.

A tech startup called RapidSOS has a solution in its Haven smartphone app, which Cambridge residents get to use for free for 10 years. By the end of that time, the company’s product could become the free standard nationwide.

In part, the app is free because the founders gained vital insights into its solution working with Cambridge’s emergency dispatch system and its staff, starting from when they were graduate students at the Massachusetts Institute of Technology and Harvard University.

“We asked a lot of dumb questions when we were starting this thing, and they had the patience to work through those and get our team up to speed, do testing with us, be early beta users of it,” said Harvard alum Michael Martin, the startup’s co-founder and chief executive. “This technology probably wouldn’t exist without the insight, advice and guidance over the past three years from the folks at the Cambridge dispatch center and the state of Massachusetts.”

Gerald Reardon, the city’s fire chief, called the technology as fast as using a landline, and Christina Giacobbe, director of emergency communications and 911 for Cambridge, said the app’s enhanced location and caller information would be “immensely valuable in emergencies” and improve response times and outcomes. Chris Burke, acting commissioner of Cambridge police, also endorsed the app.

Giving free access to Cambridge “was the least we could do,” said Martin, who discovered the limitations of the current system when his father fell while removing snow from his roof, shattering a hip and breaking a wrist, calling 911 from a cellphone without ever getting through. He lay in the cold for two hours until his wife could call for help from a landline.

Nick Horelik, the company’s co-founder and chief technology officer, got his doctorate in nuclear engineering from MIT but found his inspiration for the app as an undergraduate working at a suicide prevention hotline at Tufts University. It was there he realized how hard it was to find people in crisis, even as they were calling for help.

It was easier when everyone used landline phones, which local emergency dispatchers could link reliably with a specific home address. But now at least 73 percent of 911 calls come from mobile phones, according to the Federal Communications Commission, which means an estimated 180 million mobile 911 calls annually cannot be precisely located. That costs 10,120 lives each year, according to commission estimates, which is particularly disturbing when car services such as Lyft and Uber and food delivery can find most addresses quickly and precisely.

By 2021, the country’s wireless providers are expected to be able to get within 50 meters of an emergency call location 80 percent of the time, part of the FCC’s Enhanced 911 initiative. That still leaves one out of every five callers at risk.

The Haven app can do far more than that right now.

It can dial 911 with one touch, including giving the caller’s location and what kind of emergency is taking place, or send a text. It can share emergency information with specific people in an address book, such as family members, or be used to dial for help for those family members no matter where they are. It can use an onscreen map to follow family members as they travel to a destination or let them follow you, to make sure of a safe arrival.

In the long term

The federal government is also pushing a foundation for digital services called Next Generation 911 that would match some of what Haven does, but only about 15 percent of state and local governments are embracing it. (Massachusetts is in the vanguard, deploying it fully this year.)

The messy patchwork of underfunded systems, dated copper-wire infrastructure and lack of coordination among federal, state and municipal governments gives RapidSOS a chance to keep playing a role in the emergency contact market, and possibly a major role.

“We think there’s a real longer-term opportunity to partner with the government to provide this technology,” Martin said. “I’m certainly optimistic the government is going to cede us a solution to that, but anytime you have this many different stakeholders, it is an involved process.”

Founded in 2012, RapidSOS had a successful $60,000 crowdfunding campaign last year that helped draw attention to its international rollout, though its serious money is the $10 million invested by outside funders to date. The company now has some 30 employees, all but five of which are engineers.

Despite the lack of focus on marketing, 911 services are not the company’s only avenue for growth. RapidSOS sees a much bigger opportunity in such industries as insurance and connected cars, where some 7 million people subscribe to services such as OnStar and probably don’t know that all the data their car collects, as well as their own calls in case of a crash or some other emergency, are simply heard by someone at a call center who turns around and dials 911 to let emergency responders know – as inefficient and risky a process as getting state police instead of a local police officer when dialing 911.

The Haven app costs an individual user $30 a year, and there’s a family plan for $50 a year (both come with 90 free days, and there’s a monthly option with 30 free days). That raises the ugly suggestion that there’s faster emergency response times and more safety for people or families who can afford to pay for the app – and who don’t have the good fortune to live in Cambridge – while those who can’t are stuck with the failings of the current 911 system.

But RapidSOS doesn’t want that to be the case. Martin pointed to more than a dozen partnerships with nonprofits set up to equip people facing domestic violence and medical conditions with free access to the app; access for other cities granted as part of joining the White House’s Data- Driven Justice Initiative; and to the Safer Together program listed at the bottom of the company homepage to provide even more free access to anyone who requests it. (There is also an option for seeking a sponsor to pay for use of the Haven app.)

The option is not prominent on the page, and the beneficiary form suggests some submissions may be rejected, but Martin affirmed that “anyone who can’t afford the service can get it for free.”

“It’s really important to me that people who can’t afford this still get access to it,” Martin said. “All we ask for is your name and email address, no other questions asked. We hope that people will be honest – and maybe most people who can afford a smartphone can afford the service – but I totally understand that there are probably millions of people who fall into the [a low-income category], and we absolutely want to help them as well. Today we have thousands of users who have accessed the service for free.”

“We’re fortunate that we have some investors who are billionaires and they’re not here to make a few million more dollars, they’re here to solve this problem with us,” Martin said. “That’s way more important here.”