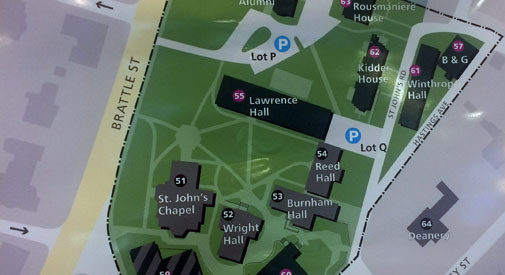 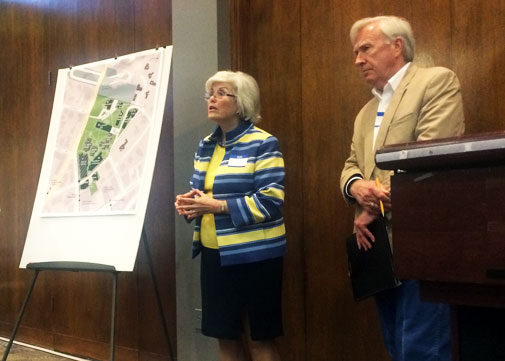 There’s no question affordable housing should be spread throughout the city as evenly and equitably as affordable units are allocated throughout a new Cambridge apartment building. There should be more units in those buildings and more in the city, including in wealthy neighborhoods such as Harvard Square.

But the focus on putting affordable housing at the square-adjacent Episcopal Divinity School property at 99 Brattle St. is misguided and, on the part of most city councillors, embarrassing. The experts – primarily the owners of the real estate – have identified a tangle of zoning, deed restrictions, overlapping property rights, historical protections and sheer outsized expense that suggest that while this city certainly has the power and money to make this happen, the accomplishment would have more to do with politics and stubbornness than sense. And it would happen against the backdrop of the expiration of 504 affordable units at the Rindge Towers in North Cambridge, a potentially gargantuan expense coming up fast in 2020 and affecting thousands of current city residents.

For whatever reason, a 6-3 vote by the City Council on June 26 insisted on looking at the Episcopal Divinity School property for affordable housing only. In fact, not just looking, but – by the language of the order – “to begin negotiations for the purchase” of the land with expectations of construction. It was an excruciating display of literal ignorance, especially as procedurally councillors had an extra week to come to understand the condo agreement Lesley University holds on the land.

Never mind “understand”; some councillors could barely bring themselves to acknowledge the institution.

The original order by Tim Toomey left Lesley out entirely. Given a second chance, Toomey and fellow longtime councillor (and currently mayor) E. Denise Simmons referred repeatedly to “Lesley College” and seemed resentful to be reminded by councillor Jan Devereux of university status that’s been in place for more than 15 years. Considering that the condo agreement gives Lesley a say in who becomes its new partner on those eight acres, it’s odd for the city’s leadership to flaunt its lack of care about an institution that’s been part of the city since 1909.

In addition to correcting that oversight, Devereux tried to ensure that the order looked at all municipal possibilities on the EDS land, since that affordable housing might not make sense there. Toomey, Simmons, Leland Cheung, Craig Kelley, David Maher and vice mayor Marc McGovern wouldn’t hear of it. For them, it was housing or nothing. “I don’t want it to be and/or,” Simmons said, arguing that the council could always come back for a second policy order.

Devereux had proposed expanding the order to general “discussions of the future of the campus” that “doesn’t preclude doing housing, it just opens it up to other uses, [because] I think there are a lot of possibilities.” But she made the mistake of mentioning that “if there is a condition on the use of this land that precludes … the purpose imagined in this order, as housing a lot of people, it could also be a wonderful addition to the space we desperately need for early childhood education.”

But the fact is, the property owners say their master deed restricts the EDS land to educational, cultural, academic or religious uses. Affordable housing doesn’t count, but early childhood education does. So councillors who say they want to partner with the university might note that it’s not planning to leave 99 Brattle St. “no matter what” but is widely known for its work in early childhood education.

Aside from Devereux and councillors Dennis Carlone and Nadeem Mazen, our council acted stubbornly and ignorantly to blind themselves to the reality and waste the time and energy of the City Manager’s Office.

It might be because we’re entering election season and they’re falling back into predictable campaign blocs. No matter the reason, it’s disappointing and frustrating to see, and it’s not going to result in more affordable housing than smart, sensible compromise and flexible policy orders.