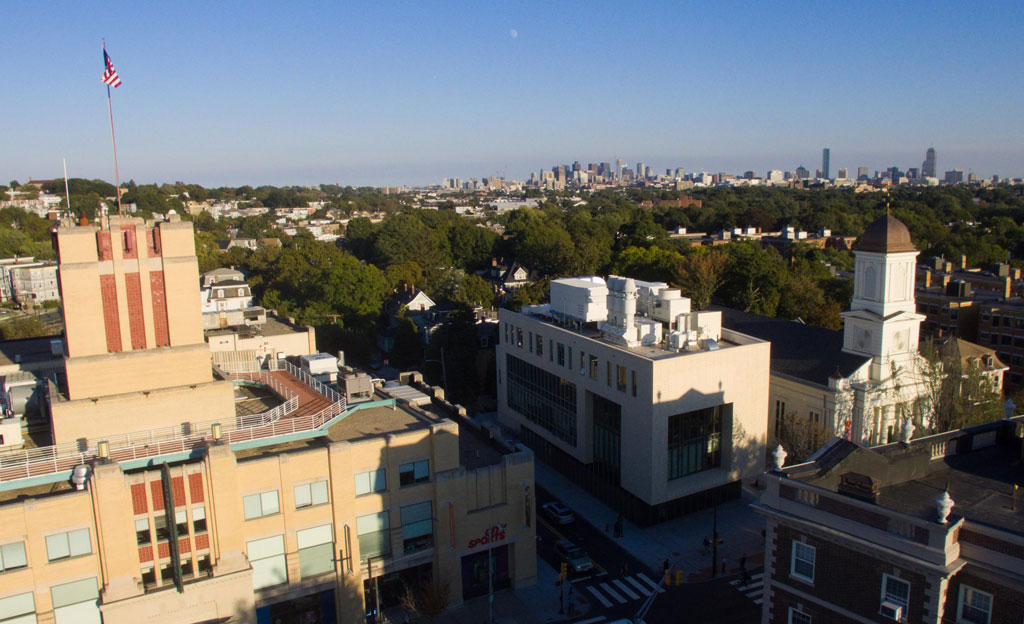 A $6.9 million gift from an anonymous donor to Lesley University will be used to expand its College of Art and Design’s curriculum in animation, digital filmmaking, illustration and graphic design, it was announced last week.

The expansion includes the addition of about 11,000 square feet of teaching and academic space at 1815 Massachusetts Ave., the old Sears building known as University Hall on Lesley’s Porter Campus. Construction is to begin this fall, said Marylou Batt, vice president for operations and administration, with the resulting Digital Animation Center expected to open in late spring.

“This generous gift enables Lesley to extend its leadership in developing next-generation animators and digital effects professionals,” Lesley University President Jeff A. Weiss said in a Thursday press release. “It allows us to develop future innovators in these fields, and do so in the best facilities in the region.” 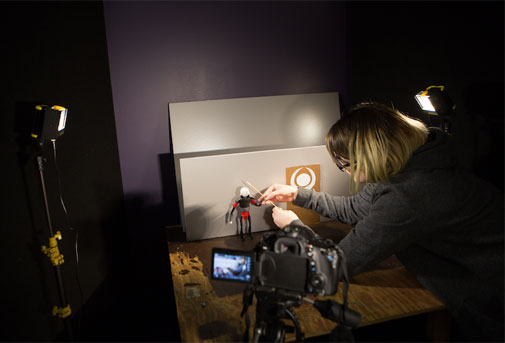 A College of Art and Design filmmaker sets up a shot in existing Lesley University film space.

The renovations will include a 140-seat screening room; interdisciplinary animation studio, visual effects studio and a digital fabrication studio; a drawing studio and classroom; digital computer labs and an advanced academic computing lab and render farm; and other offices, conference rooms and storage, the university said.

The construction will all be internal, neither adding to the building’s footprint nor taking away parking space, said John Sullivan, the school’s director of communications. It does not include the former City Sports space at the corner, which will remain commercial and be used for an urgent care clinic and eye care office.

It’s one of the most significant gifts in the university’s 108-year history, Sullivan said. The “transformative” $136 million Doble gift in 2008 has been the biggest, though in the past decade Lesley has also received gifts in the $5 million to $10 million range.

The gift to the arts comes as Lesley faces a real estate need at its Brattle Campus near Harvard Square, shared until recently with the city’s former Episcopal Divinity School – now operating in New York. Much of the eight acres are owned by Lesley in a condo agreement, and Lesley has the right of first refusal on property sold by the divinity school, whose trustees have said they prefer that everything for sale be handled in a single purchase, most likely by another educational institution – but for a potential $25.5 million.

“We are interested, but we don’t have the biggest deep pockets,” Batt said in July.

The $6.9 million gift couldn’t be used to help resolve real estate issues on the Brattle Campus; as received early this summer, it was designated specifically to focus on the arts, Sullivan said.

The university moved its art school to Porter Square from Boston in 2014, and  opened its $48 million Lunder Arts Center the next year at 1801 Massachusetts Ave. – a feat that included the relocation, renovation and adaptive reuse of the historic North Prospect Church as part of an arts complex with public galleries and an arts library. The Digital Animation Center will be across the street.