Still without action on outdoor lighting law, officials vent, ponder going back to the start 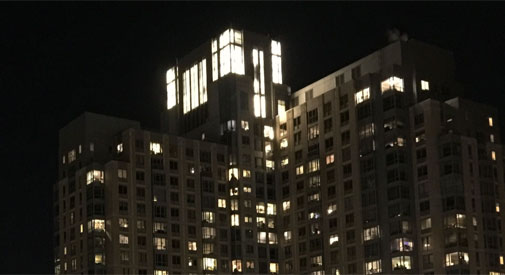 Still without action on outdoor lighting law, officials vent, ponder going back to the start

Complaints date back at least to 2007; citizen petition was in 2013
By Marc Levy 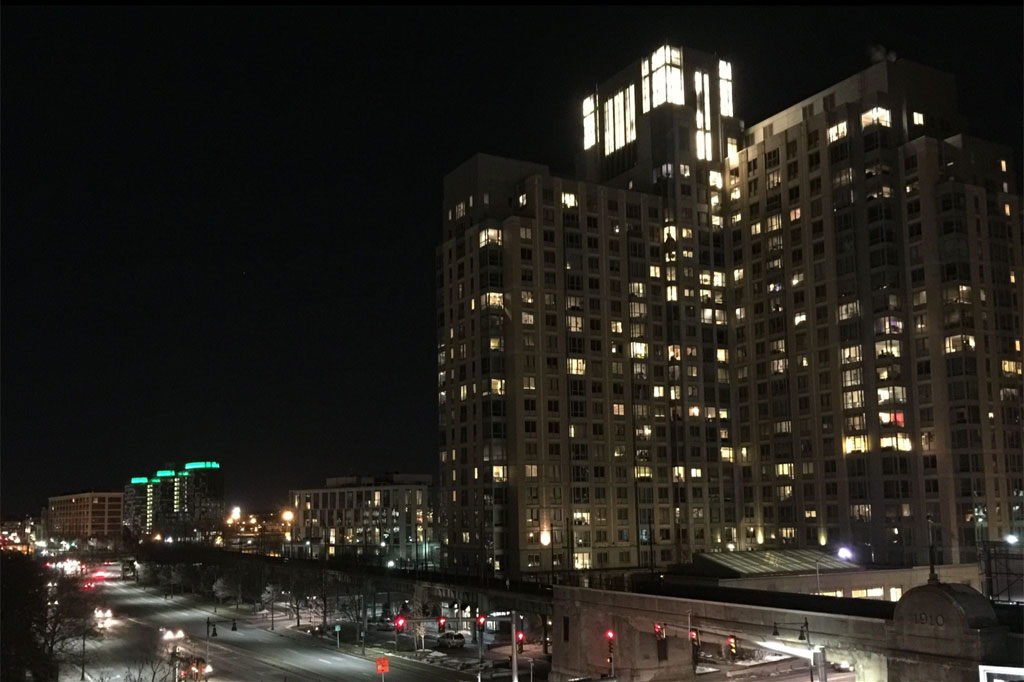 The penthouse enclosure at Avalon North Point at 1 Leighton St. drew the attention of the city’s Outdoor Lighting Ordinance Taskforce. In the background is the Zinc apartment building, which was forced to shut off its rooftop LEDs.

Frustration is so high over the city’s sluggish pace on putting in place outdoor-lighting laws that a city councillor on Monday suggested returning to the version written by a citizen long ago, undoing an extensive official process that took place in the years since.

“We could go back to the original Teague petition, which wasn’t adopted by this council, and it might even pass now,” said councillor Leland Cheung, referring to Charles Teague’s three attempts to get the city to enforce existing light laws and stop glare from leaking into homes, disrupting residents’ sleep.

In 2013, that third law written by Teague missed being adopted by the council by a single vote. David Maher was among the four councillors voting against it, saying he believed the law would just have to be amended a few months later when city staff produced their own version. Instead, a lighting task force was convened some six months later and took two and a half years to produce a draft law heard at a council committee last October.

Since being sent back for revision some 11 months ago to the Community Development Department, nothing has been heard.

The long silence led councillors to put a deadline on an order for the City Manager’s Office, the second week in a row such a step has been taken. Deadlines have been applied only rarely in the past.

Councillors Dennis Carlone and Jan Devereux, who wrote the order Monday demanding action on the law, were concerned that its current language was impossible for the layperson to understand, and part of the order is for language to be less technical and more “coherent.”

“I’m not a lighting specialist, but I’ve worked in lighting, and I didn’t understand at least half of it,” said Carlone, an urban planner and architect. “If we’re going to implement something, it has to be clearly understood by all.”

The task force was criticized for being weighted toward representing business interests, and residents and officials noted Monday that with the city’s Economic Development arm in charge of the effort, results remained toothless.

Carlone said he was eager to see the outdoor lighting law in place because he saw it as just the first step before being able to address how the city handled indoor lighting; there are no rules about unshaded windows lit through the night, even in glass-front buildings or open-air structures such as parking garages. “A building is the biggest light fixture there is,” he said.

The city’s failure to enforce light violations has been a complaint among residents since at least 2007. After a failed council effort to grapple with the issue, Teague became residents’ champion on the issue, submitted three petitions in two years.

In rejecting Teague’s final attempt, the council approved instead an order in July 2013 “that the city manager report back by the end of the year” with language for a municipal code – an earlier attempt at a deadline with the city manager at the time, Richard C. Rossi. In September, Rossi told the council he was putting together a task force and finding a consultant to “begin work in October 2013 and endeavor to finalize recommendations at the beginning of 2014.”

That deadline was missed. Instead, the task force only met for the first time Dec. 4, 2013, and held its final meeting May 11, 2016. Despite increases to the Community Development Department budget meant to add staff and get projects moving, the light ordinance become “one of several important initiatives that seems to have ground to a halt,” Devereux said.

Most councillors expressed frustration over the delay, but Cheung was the only one to comment on the dramatic solution of returning to the original set of rules sought by the public.

“I thought it was very reasonable. It just talked about simply shielding your lights, so you’re not shining them at your neighbors,” Cheung said of the Teague petition. “If some citizen wants to bring that back in, we can try to get it done before the end of the year.”