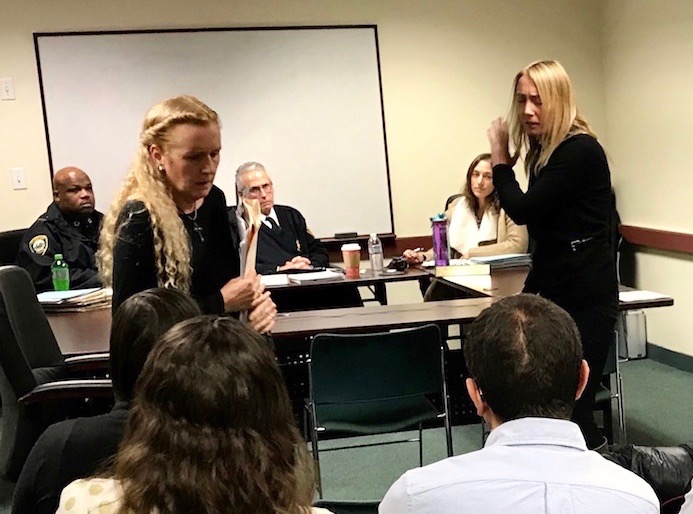 Law Department: No obligation to compensate River Gods, others
By Marc Levy 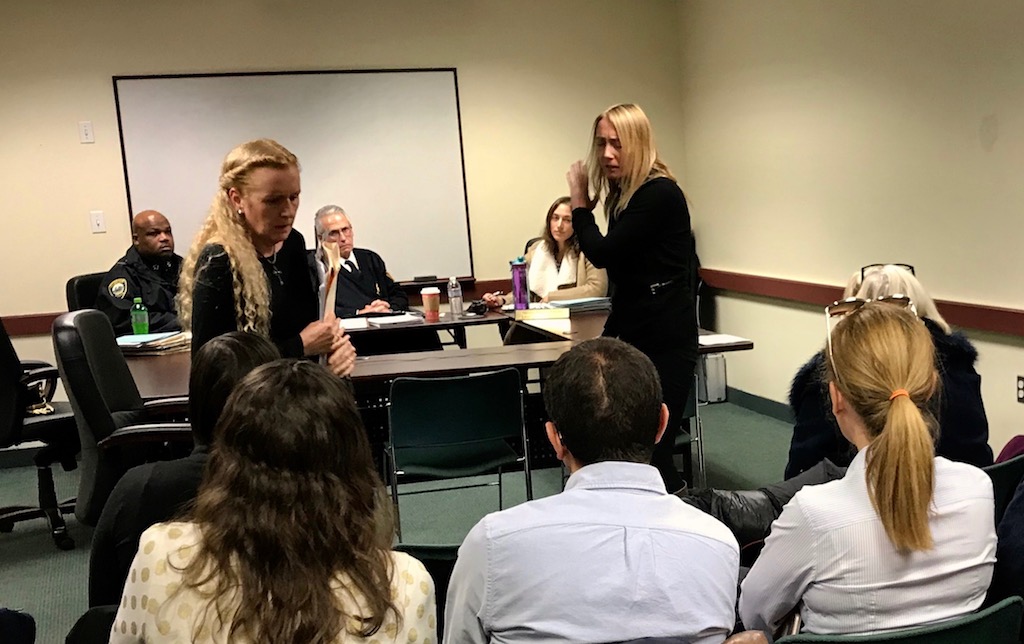 Supporters of the women behind the closed restaurant River Gods called the actions of the License Commission “disgusting” and “not cool, guys” at the end of a hearing that found Jackie Linnane and Caroline Enright still caught in a trap of the commission’s making.

Facing the possibility of the commission taking away her alcohol pouring license for non-use, Linnane said she would spend $2,000 on a renewal in the long-shot hope of selling it in a market where similar licenses could be had for free. She paid $60,000 in 2001 for a license that forced her to build a kitchen at 125 River St., a total expense of around $170,000 in today’s dollars; River Gods closed in July 2016 when the landlord refused to renew her lease, and now Linnane is unable to sell the license or entice a broker into taking the job of trying to sell it.

“I have no business, 17 unemployed people and a worthless liquor license,” Linnane told the commissioners, sitting alongside her former general manager, Caroline Enright. “This is my livelihood that you’re dealing with, and I’m not going to be silent about the wrongdoings.” 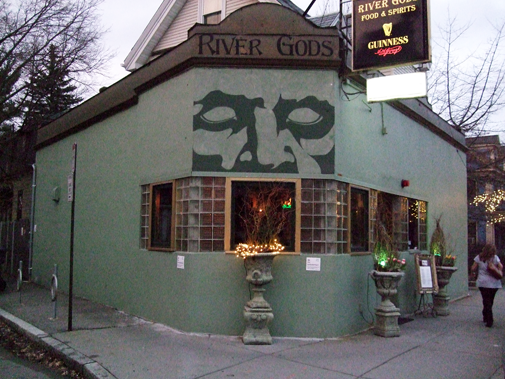 All three members are new since Linnane bought her license, but the changes hitting the River Gods license and about 230 others in Cambridge are a result of reforms brought about by chairwoman Nicole Murati Ferrer, with some businesses that paid hundreds of thousands of dollars facing similar straits. Wednesday’s hearing about River Gods was the first concerning the value of licenses since The Boston Globe’s Spotlight team examined the conflict Sunday, drawing the attention of the state’s licensing board.

In June, the City Council expressed shock at the devaluation of licenses threatening hundreds of small-business owners and asked the city to look at giving relief and compensation to Linnane and others, including Bonnie Bouley, who ran the former T.T. the Bear’s Place nightclub and hoped selling her license would fund her retirement and medical bills.

But the city’s Law Department told the council it had no statutory authority over the commission and rejected municipal responsibility.

“The holders of the for-value licenses still have the privileges conferred upon them by the license, including the ability to sell their license (albeit potentially for a lower price),” according to a Sept. 5 opinion by city solicitor Nancy Glowa, and no state court has said otherwise.

“Therefore, in my opinion, the License Commission has no legal obligation to provide compensation to alcohol license holders who may be experiencing a devaluation of their alcohol license on the private market,” Glowa said. Steps to mitigate the devaluation could be taken, “but there is nothing of which we are aware that would require the License Commission to do so.”

On Wednesday, Murati Ferrer focused on Linnane’s continued attempts to sell her license, including asking whether anyone was moving into the former River Gods space who might need to buy a license to pour liquor. Linnane knew of none.

The chairwoman also tried to break down Linnane’s argument that paying $60,000 for a license truly had a long-term impact on the business.

Linnane, however, noted that she’d come to the License Commission seeking to open a business focused on music – and it was only the commission’s illegal refusal to issue a “general-on-premises” license for that use that forced her to build a kitchen and become a restaurant. It’s another issue Murati Ferrer has addressed since coming aboard in January 2016.

“In 2000, when I had a dream of opening River Gods – I want to be crystal clear about this – the first thing I did was come to the License Commission for guidance and instruction. I was informed that the only way that I was permitted to obtain a liquor license was to purchase an existing business’ license,” Linnane told commissioners. “All I really had to do was fill out an application and submit it for public hearing at a cost of $150.”

After buying the liquor license, she said, she didn’t have the money to buy 125 River St. “If I had known then what we all know now, I could have invested in that Cambridge real estate and not a falsely inflated liquor license,” she said. “The rules and regulations I followed were incorrect and against state law.”

“As an institution, you are responsible for the commission’s actions. You cannot remove yourself from this equation. The system is rigged, and the license commission rigged it. I ask the commission to make things right, and what are you going to do?” Linnane said.

Murati Ferrer’s response was underwhelming to the group that came in support, who muttered and groaned as Linnane committed to paying another $2,000 to buy six months’ time until the next cancellation hearing. “Disgusting” and “not cool, guys” were the last words heard as the group departed.