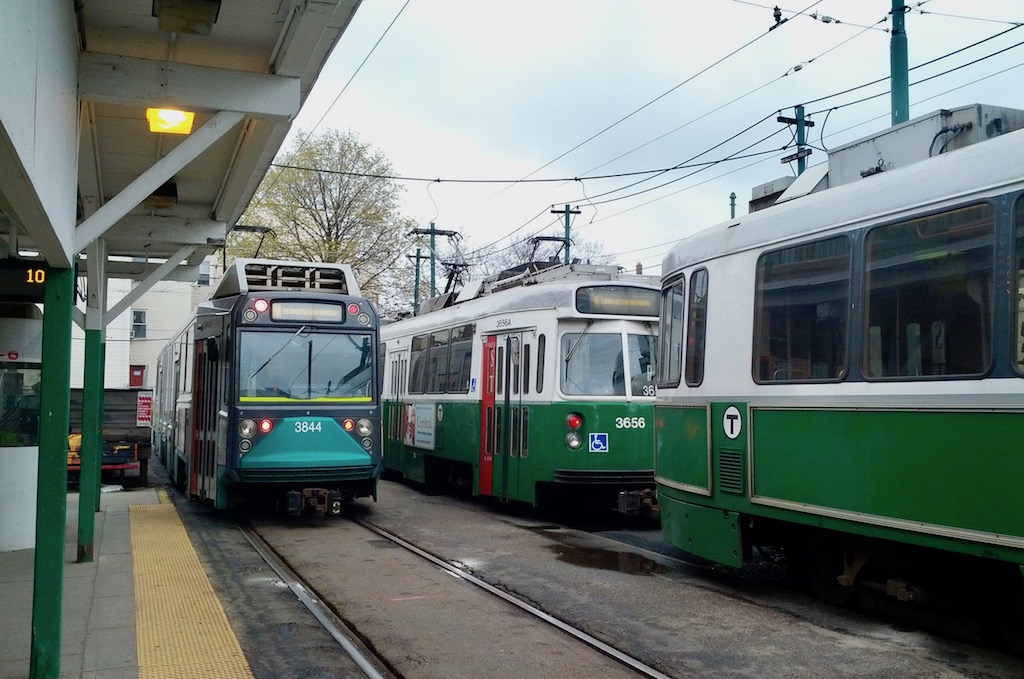 Once feared to be scuttled, light rail project may be finished in 2021
By Marc Levy

A low bid for completing the stalled MBTA green line extension project means not just that the project can go forward, but that its seven light-rail stations won’t be as bare-bones as feared.

In addition to laying track and building the seven stops in Medford and Somerville, construction will include platform canopies, some elevators and public art, as well as an extension of the community path between East Somerville and Lechmere stations and an additional connection to a community path on Chester Street in Somerville. A vehicle maintenance facility in Somerville will be “enhanced” as well, transportation officials said Friday.

A bid by a joint venture of GLX Constructors including those modest extras is for a total contract price of $1.1 billion; the affordability limit set for the project, including contingency funds, is $1.3 billion. The state Department of Transportation’s Fiscal and Management Control Board will be asked by staff on Monday to formally accept the bid.

Update on Nov. 20, 2017: The state accepted the bid by Texas-based GLX Constructors, made up of Fluor Enterprises, The Middlesex Corp., Herzog Contracting and Balfour Beatty Infrastructure.

“Overall, this is very exciting news and it shows that the green line extension is now closer than ever to becoming a reality for Cambridge and Somerville residents,” said state Rep. Mike Connolly, whose district includes parts of both cities.

“None of this would have happened without the support of the cities of Somerville, Cambridge and Medford, all my colleagues in the state delegation and most importantly the steadfast work of community advocates, who for years have pushed this project forward while setbacks piled up,” state Sen. Pat Jehlen said. “We look forward to the beginning of full construction next spring.”

Other members of the cities’ legislative delegation weighed in as well, with state Rep. Denise Provost sounding a note of concern over the gentrification that follows public infrastructure: “I’m delighted that the steadfast support of the Somerville community for the GLX, and including the path, has borne fruit,” she said. “Now let’s make sure that those people are not displaced by others who want the benefits of mass transit.”

It got off track

Last year it was revealed that costs had ballooned to up to $1 billion more than anticipated, with the federal government to provide $996 million of the $3 billion price tag. All of the contractors and consultants were fired, and state transportation officials said the project might be scuttled entirely if costs couldn’t be lowered, despite the state being legally obligated to finish the project as part of a clean-air settlement related to the Big Dig.

In an unprecedented move to keep the project alive, Cambridge is expected to contribute $25 million – half of that coming from developers in the NorthPoint neighborhood – and Somerville is projected to put in $50 million.

Still, once-grand plans for Lechmere, the sole Cambridge stop that is part of the project, have been scuttled; when relocated to NorthPoint, the stop will be like other green line extension stops – more of a simple shelter. Previous developers of NorthPoint were committed to putting more money into a fancier Lechmere station, but the land has changed hands, and current developers Divco have committed primarily to improvements around the station, rather than for the station itself.

“Lechmere was always meant to be a temporary station,” said councillor Dennis Carlone said, referring to the current ramshackle structure for trolleys and buses that has been in place since 1930. “The station at the time was not a great station, [and] we’re getting a temporary station again.”

To guard against the cost overruns that threatened the project in the past, the state implemented measures to institute strict cost controls throughout the procurement, officials said.

“The difficult decisions in 2015 and 2016 following the project’s shutdown in 2015 have paved the way for getting us to this point. All of the effort that has gotten us to this point is well worth it,” green line extension project manager John Dalton said. “We now look forward to working with the residents, businesses, community stakeholders and the successful design-build team to completing the project on time and on budget.”