Face-to-face meeting of EMF artists, owner was tense but ‘awfully positive’ – for some (update) 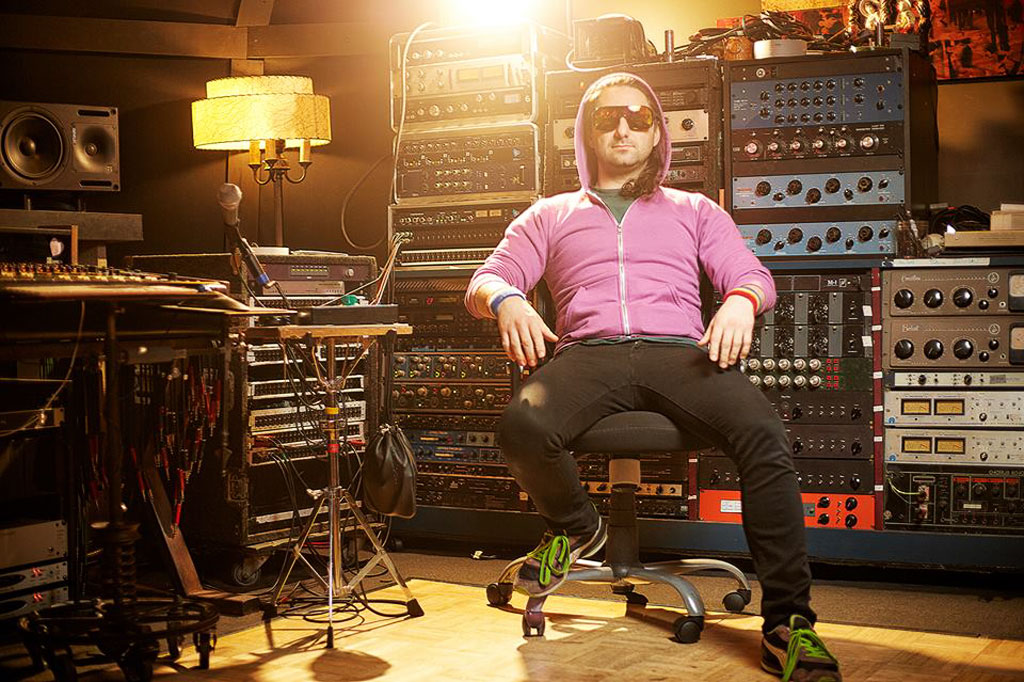 Face-to-face meeting of EMF artists, owner was tense but ‘awfully positive’ – for some (update)

Nick Zampiello said his New Alliance East recording studio had relocated from the EMF Building near Central Square before he sat down with building developer John DiGiovanni on Thursday. (Photo: New Alliance East)

The EMF Building artists and the developer who announced their eviction in February sat down face to face for the first time this week, with John DiGiovanni reportedly suggesting he may be able to at least help the building’s former larger-scale businesses.

A future arts use for the building is possible, but unlikely, said Mayor Marc McGovern, who put together and hosted the meeting.

“It was tense in spots. Obviously these are two groups that don’t feel very good about each other, but overall I think it went well,” McGovern said Friday.

One of the business owners, Nick Zampiello, said the meeting he attended was “very emotional,” but he came out of it grateful to finally meet the building’s owner. “He was so distant to the situation before and everyone had a bad impression,” Zampiello said, placing some blame on petty subcontractors and intermediaries who communicated poorly. “The situation became much more clear when we met him.”

The Thursday meeting was followed by a smaller one Friday without the mayor and state Rep. Mike Connolly, taking place this time over roughly three hours on the Charlie’s Kitchen patio in Harvard Square. Not all participants came out of the experience feeling as positively as Zampiello, with one saying online that their meeting was “semi-cordial,” but marked by the developer’s attempts to “shift the blame” while resisting the idea of selling, even at a profit, to ensure the building’s use remained creative.

“We ended up talking around in circles,” said filmmaker Steve Onderick, another Cambridge Artists Coalition member who was at the Friday meeting and described DiGiovanni as sticking to a narrative that what he was doing was legal, and the building conditions and lease situations were the fault of others and allowed for the shutdown of the building. “I have a little better understanding of how he perceives what happened, but I still think what he’s doing is wrong.”

The meetings were a long time coming. McGovern began talking with DiGiovanni in early April with councillor Alanna Mallon and others to get around 200 musicians and artists an extra month in the 120 Brookline St. building near Central Square. After their eviction was put off until May 31, the city explored leasing the arts building long-term from DiGiovanni before backing away because of its run-down condition – and McGovern began trying to get the landlord and tenants to sit down together. “The artists said they wanted to be able to state their case,” McGovern said. “It took me a while to do it.”

In the meantime, protests have been planned to pressure DiGiovanni, who is also president of the Harvard Square Business Association board, and several tenants have refused to leave the building, citing verbal leases that they refused to see broken.

During the Mayor’s Office meeting, which was also attended by Connolly, DiGiovanni and an assistant explained to the arts community representatives that he bought the building in 2016 for $4 million as an investment opportunity but discovered that the insurer he used for his stable of properties as president of Trinity Property Management refused to touch EMF – even when he threatened to pull all of his business, McGovern said.

“It was super clarifying,” Zampiello said. Meanwhile, the artists were able to explain to him “how hard this has been … it’s really impacted them in a negative way,” McGovern said.

Eye on the future

As a result, DiGiovanni said he would meet again to discuss compensation with the three larger businesses in the EMF building, which together have hundreds of thousands of dollars worth of equipment to deal with: the recording studios New Alliance, Zampiello’s New Alliance East (which, as a smaller business, has been set up and back at work since Saturday as a home office) and Amps vs Ohms. While the meeting was scheduled originally for Friday, Zampiello’s expectation now was to meet Monday morning.

“It was good for the EMF tenants to finally get the opportunity to sit down and discuss the situation face-to-face with Mr. DiGiovanni,” Connolly said, suggesting there was still work to be done. “I am looking forward to continuing to stand with musicians and artists as we work toward a more positive outcome for our community.”

DiGiovanni said he has no tenant for the building, which must be gutted and rewired. The inner design of the building, which will depend on the needs of potential tenants, is at least six to nine months off, McGovern said. Though DiGiovanni made clear he has investors and “has to do something financially viable” with the 23,554-square-foot, three-story brick structure built in 1921, “I want to work with the artists to see if we can put something together” and get back into the building as some kind of nonprofit, McGovern said. “There’s a little time.”

That wasn’t adequate for musician Anna Rae, who had been a tenant at EMF until the May 31 eviction date and remained critical that DiGiovanni’s choice to buy the building “and all those that have followed have resulted in a catastrophic artist displacement.”

“When you are considering acquiring a building it is your responsibility to understand the state of the building, as well as the people who are in the building and how they and the community will be affected by potential displacement.

“No previous donations you have made to artistic ventures can excuse the detrimental impact you have already had on the local arts community by displacing the EMF artists,” Rae said, but DiGiovanni could correct the mistake by selling the building at no profit to the city or an organization willing to sustain it as an art space; renovate it and reopen it as an affordable rehearsal building; or open an equivalent affordable rehearsal building in Cambridge, near a train station as EMF had been.

From the three hours spent talking with DiGiovanni on Friday, though, Onderick felt DiGiovanni had minimal interest in selling the building at a break-even price. Though there was extended discussion about it, “I asked him point blank if he’d be willing to sell, and he said absolutely not.” He was “noncommittal” on selling at market rate and wouldn’t offer an estimate.

The meeting ended when it seemed clear the sides had arrived at an impasse. “He’s very steadfastly locked into his worldview,” Onderick said. “I think what’s next is to go ahead with the protest June 16. My impression is that that’s the only way we’re having an effect.”

This post was updated June 9, 2018, to add comments by Cambridge Artist Coalition members and an accounting of the Friday meeting.