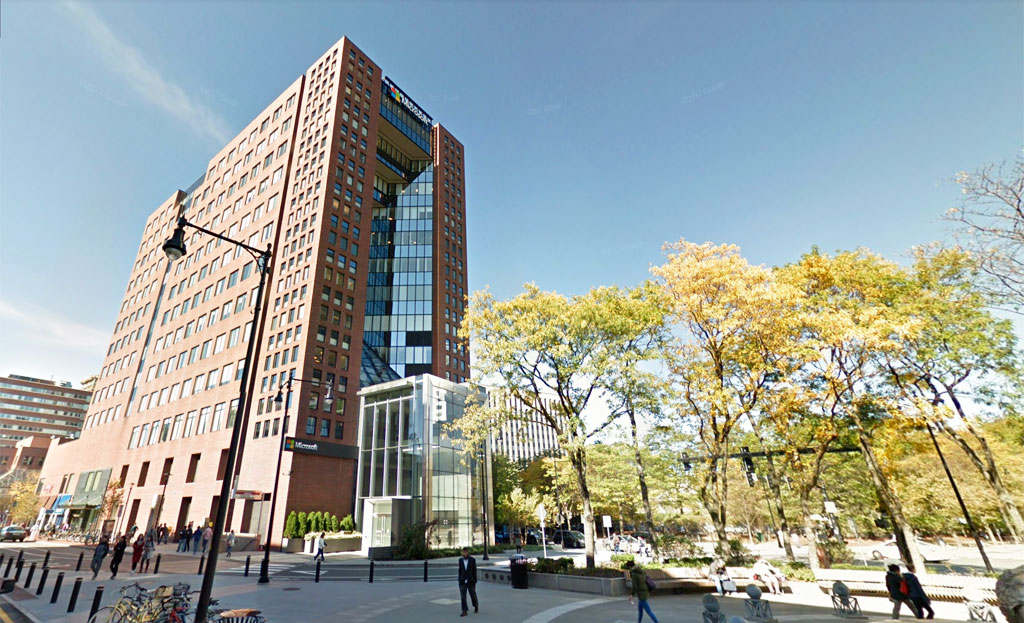 Square footage in 255 Main St., Kendall Square, will be repurposed for innovation space in a plan to be heard by the Cambridge Redevelopment Authority. (Photo: Google)

Councillors pause their regular meeting schedule for a a roundtable to talk about Envision Cambridge, the three-year process to come up with a citywide development master plan. The agenda suggests the meeting will focus on goals, strategies and actions on the economy, housing, mobility, climate environment, urban form and community well-being.

Making sense of affordable housing (and maybe making more of it)

The Housing Committee, 3 to 5 p.m. Tuesday

The committee, led by councillor Sumbul Siddiqui and E. Denise Simmons, will hear about a proposed housing ombudsman position and get updates on an affordable housing overlay district and inclusionary housing (which sets the percentage of units – 20 percent, at the moment – that must be set aside as affordable in otherwise market-rate larger residential developments). A map of all affordable housing in the city will also be received. The committee is following up on a Comprehensive Housing Plan introduced by the City Council in September.

Speaking for the trees

The city’s short-term rental law – basically the Airbnb law – went into effect April 1, and this committee led by councillor Craig Kelley will get an update on its rollout.

Even more roadwork for Huron Avenue

Huron Avenue’s been through a lot in terms of roadwork, but there’s more street and sidewalk reconstruction planned for between Concord Avenue and Raymond Street. Preliminary designs for traffic calming and safety improvements for the street –  developed after feedback at a first community meeting in April – will be discussed.

The meeting will be held in the Tobin School Auditorium, 197 Vassal Lane, West Cambridge.

Save the natural resources at Alewife

With the Alewife wetland under intense pressure for development, the Fresh Pond Residents Alliance is helping promote a Lesley University forum on “The Great Swamp Legacy: Municipal Initiatives and Challenges of Climate Change in a Historic Floodplain” with speakers on biodiversity, climate change, natural systems solutions, the city’s Envisioning process and perspectives from Alewife and watershed-wide groups: Adam Sacks, of Biodiversity For a Livable Climate; Andy Hrycyna, of the Mystic River Watershed Association; John Pitkin, of Sierra Club Boston; city councillor Quinton Zondervan, representing Green Cambridge; Eric Grunebaum, of Friends of Jerry’s Pond; Sarah Slaughter, chief executive of the Built Environment Coalition; and Mike Nakagawa, of Envision Cambridge and Cambridge Climate Safety Committee groups. The moderator will be Amy Mertl, an assistant professor of biology in Lesley’s Natural Sciences and Mathematics Division. Along with presentations and a Q&A with the audience, refreshments will be provided at 6:30 p.m. The forum is free and open to the public.

The meeting will be held in Room 2-150 at Lesley University’s building at 1815 Massachusetts Ave., Porter Square.

Verizon’s in a clash with the city over the 10,000 square feet of co-working space it installed at its 10 Ware St., Mid-Cambridge, building near Harvard Square. The conversion cost more than $2 million in 2016, the telecom says, and had been operating quietly as a host to companies working in the sectors of clean energy, health and wellness, digital marketing, medical device development, data analytics and nonprofits – apparently all using and testing Verizon’s prerelease 5G technology in some way. With the premise that the 5G tests underlie the other work, “this is a use that is wholly and customarily incident to the primary, permitted telecommunications use and should therefore be allowed by right,” Verizon says in an appeal letter. City inspectors, though, just sees office space barred by the area’s residential zoning.