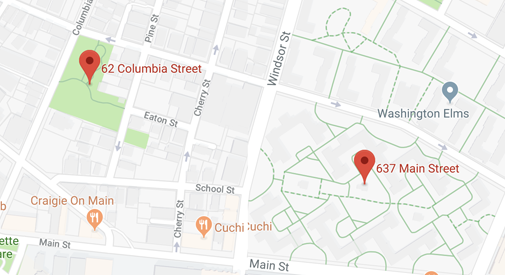 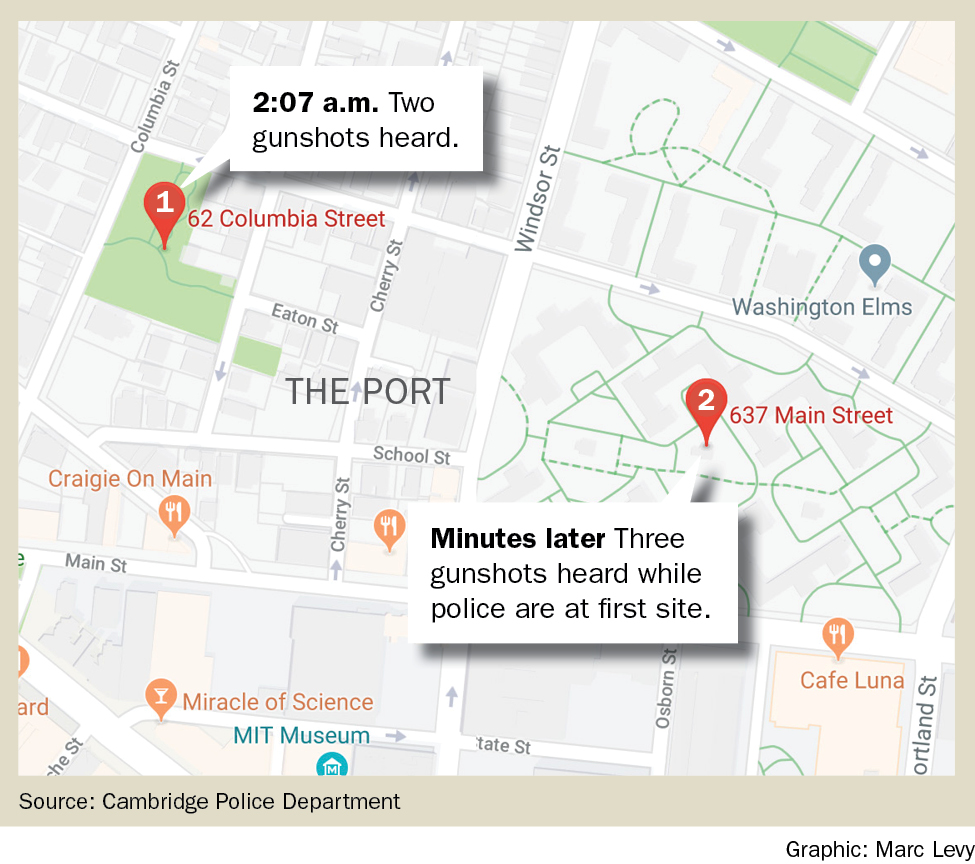 Police have arrested a suspect in two gunshot incidents that occurred in the area of Columbia and Main streets. The incidents took place only hours after a Peace Walk in the nearby Port neighborhood organized as a response to a year of such gunfire incidents.

At  2:07 a.m. Thursday, the city’s ShotSpotter technology heard two gunshots from around 62 Columbia St., at Clement Morgan Park in The Port neighborhood. When officers responded and searched the area for a victim and other evidence, they heard three more shots – confirmed by another ShotSpotter activation – from around 637 Main St., again in The Port. More officers responded to that location.

“A suspect was found,” said Jeremy Warnick, director of communications and media relations for Cambridge police. “The suspect fled and was apprehended by the officers almost immediately.”

An officer was hurt trying to detain the suspect, but they were non-life threatening injuries and the officer has since been released from a Boston hospital, Warnick said.

A gun, marijuana and other drug evidence were recovered and Jean Carlos Almodovar, 23, of Graves Road, Revere, has been charged with illegal possession of a firearm without a license, possession to distribute marijuana and resisting arrest, Warnick said.

There were no gunshot victims found at either location. This is at least the 13th gunfire incident in the city this year, though most have been similarly victimless.

The officers involved had been assigned to the neighborhood or were members of the department’s Port Task Force, Warnick said. In June, police said they would flood the violence-prone neighborhood “for the foreseeable future,” and in July it was announced that Central Square would get a long-requested police substation. It is due to open in October.