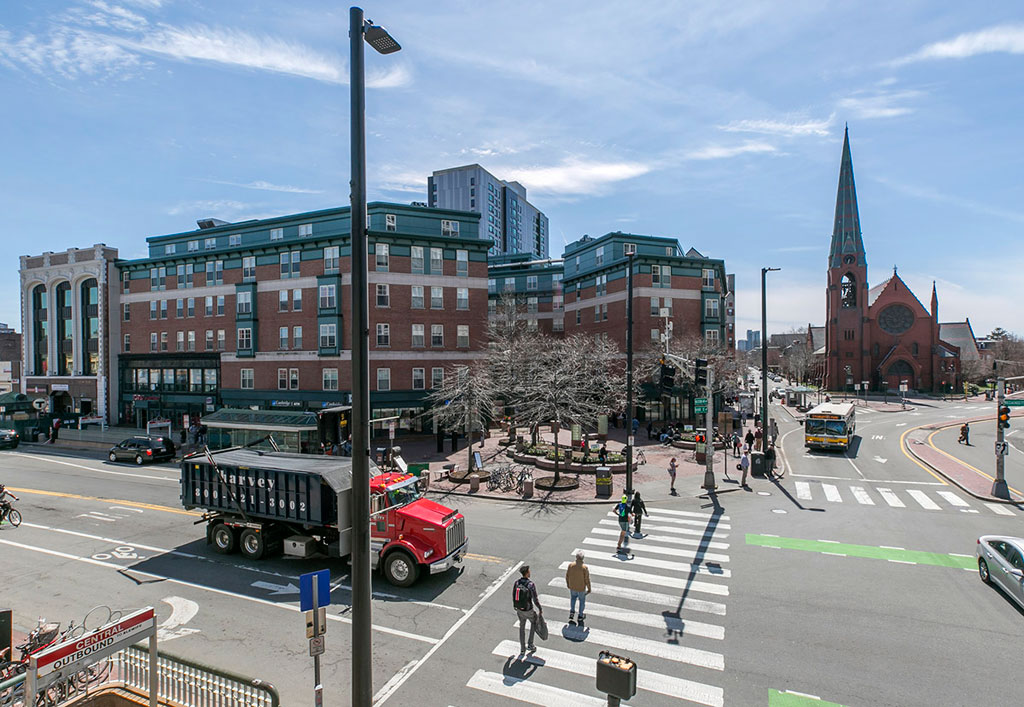 The city has signed an eight-year sublease for a police department substation on Carl Barron Plaza, putting police in the heart of Central Square, officials said Wednesday.

The plan is for the substation to be open by early October, though officers assigned there will be in place this summer, said Jeremy Warnick, director of communications and media relations for Cambridge police. Police will be a tenant of Cambridge Savings Bank, as well as neighbors to the bank’s Central Square branch at 628 Massachusetts Ave.

There will be a small lobby, desk space for a computer, a bathroom for police employees and storage space for patrol bicycles, and the substation will be identified with signs. There will be a police callbox outside the station, which will be open to the public when officers assigned there aren’t patrolling on foot or by bike, Warnick said.

“Having a substation in such a central location will make our officers more efficient with their time as well as increase our visibility within the community,” police commissioner Branville G. Bard Jr. said in a press release. “Ever since the Cambridge Police moved headquarters from 5 Western Ave. to its current location, there has been sentiment from businesses and area residents that they would welcome back a fixed police presence in Central Square. This new location gives us an opportunity for just that.”

Calls for a substation were renewed loudly in September after an incident described as an “open shootout” in broad daylight and a rapidly deteriorated Riverside neighborhood of graffiti and stray needles.

Then mayor E. Denise Simmons said at the time a substation would be put in place – though Bard’s first step was to deliver a “mobile outpost,” which increased police presence by having officers visit various locations in a large, prominent specially equipped truck. But having a permanent substation or “reporting station” for the square has been asked since the police department relocated to Kendall Square from Central Square in 2009; the council adopted the idea March 27, 2017. 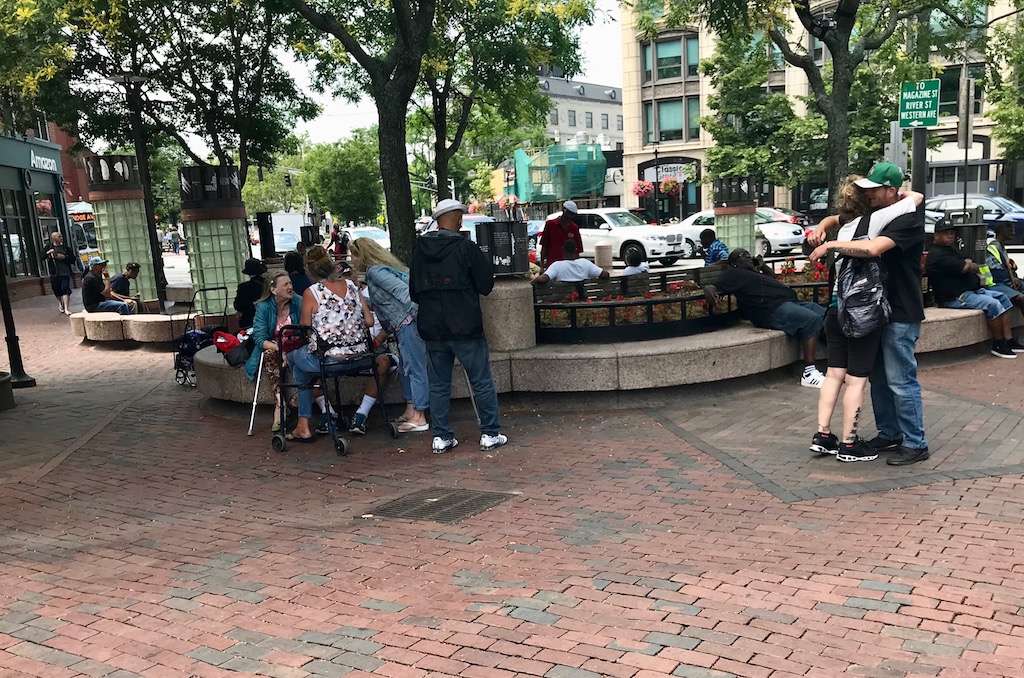 A police substation could help change the dynamic of Barron Plaza after the arrival of an Amazon pickup location in June. (Photo: Marc Levy)

Barron Plaza has long been seen as a blight, though it’s not so much that it’s “unactivated” in municipal parlance as it is that the plaza is well used by lower-income individuals and those using the square’s many social services. But Amazon opened a pickup location there in June, filling a 3,580-square-foot retail space called One Central Square that has spent most of that past 17 years empty at the base of the residential Holmes Building.

The arrival of police will be another change to the status quo at the intersection.

On Wednesday, City Manager Louis A. DePasquale thanked Cambridge Savings Bank for leasing the space, the Central Square Business Association and the City Council for its leadership on the issue. “And of course I want to thank the residents of Central Square for clearly communicating their desire for this substation,” DePasquale said.