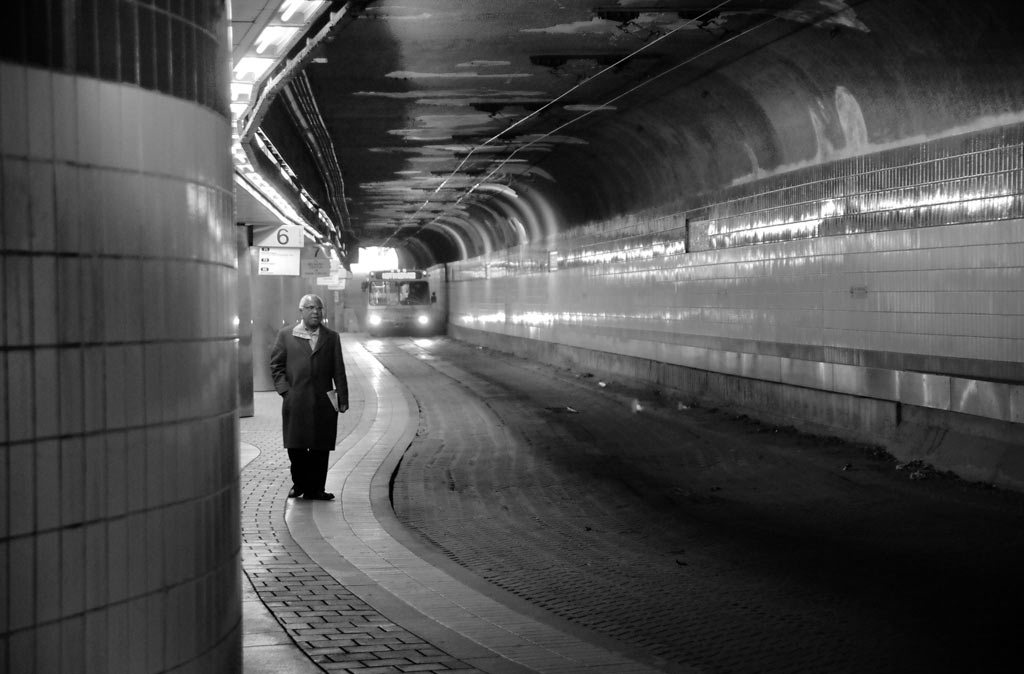 A man waits for an MBTA bus to arrvive December 2016 in the tunnels of the Harvard Square station. (Photo: iluvgadgets via Flickr)

What’s happening in efforts to keep Cambridge peaceful and safe?

Citizen’s Committee on Civic Unity, 5:30 p.m. Tuesday. Meeting the first Tuesday of each month, the committee aims to “promote fairness, equity, unity, appreciation and mutual understanding in the community and preserve and enhance Cambridge as a diverse and welcoming place to live, work and visit” – and has been a main venue for talking about the year’s gunfire incidents and limiting violence and crime.

How are we improving public transit in the short term and long term?

Transit Advisory Committee, 5 to 7:30 p.m. Wednesday. The committee will spend an hour on Focus40, the investment plan to set up public transit to meet the needs of Greater Boston in 2040; a few minutes on the status of bus priority plans, which give buses more time to get through intersections than private cars; and how to do better outreach and get more people involved in the MBTA’s Better Bus Project and other initiatives.

What will we do with Community Preservation Act funds next fiscal year?

Community Preservation Act Committee, 6 p.m. Wednesday. Expect a vote on the percentage allocation of funds to the act’s expenditure categories – affordable housing, open space and historic preservation – and on projects to be funded for the next fiscal year. Expect also that the percentage allocations will remain the same as ever, with the maximum going to affordable housing.

Will the Harvard Square Theatre proposal go forward as proposed?

Gerald Chan continues the public process for his mixed-use office/retail redevelopment of the 10 Church St. Harvard Square Theatre. The project is intended to have a two-screen commercial cinema on its lower level. Chan will seek a certificate of appropriateness from the Historical Commission before filing for a Planning Board special permit for the project. Some are concerned about the LED skin of the structure, calling it potential light pollution or precedent-setting “for Las Vegas-type lighting to go citywide,” according to an email from Limit Light Pollution, part of the Association of Cambridge Neighborhoods.

Envision Cambridge Advisory Committee, 6 to 8 p.m. Thursday. There will be a process update for this three-year citywide master planning effort, a review of draft recommendations and a discussion of next steps.

This post was updated to add the Thursday meeting of the Historical Commission.