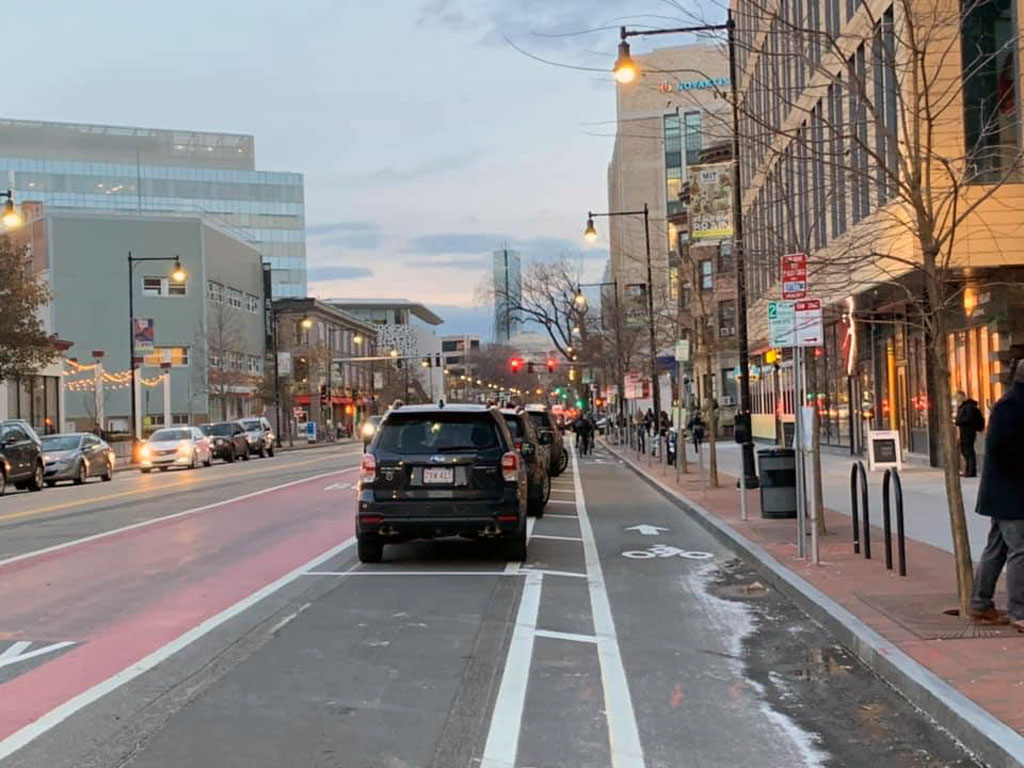 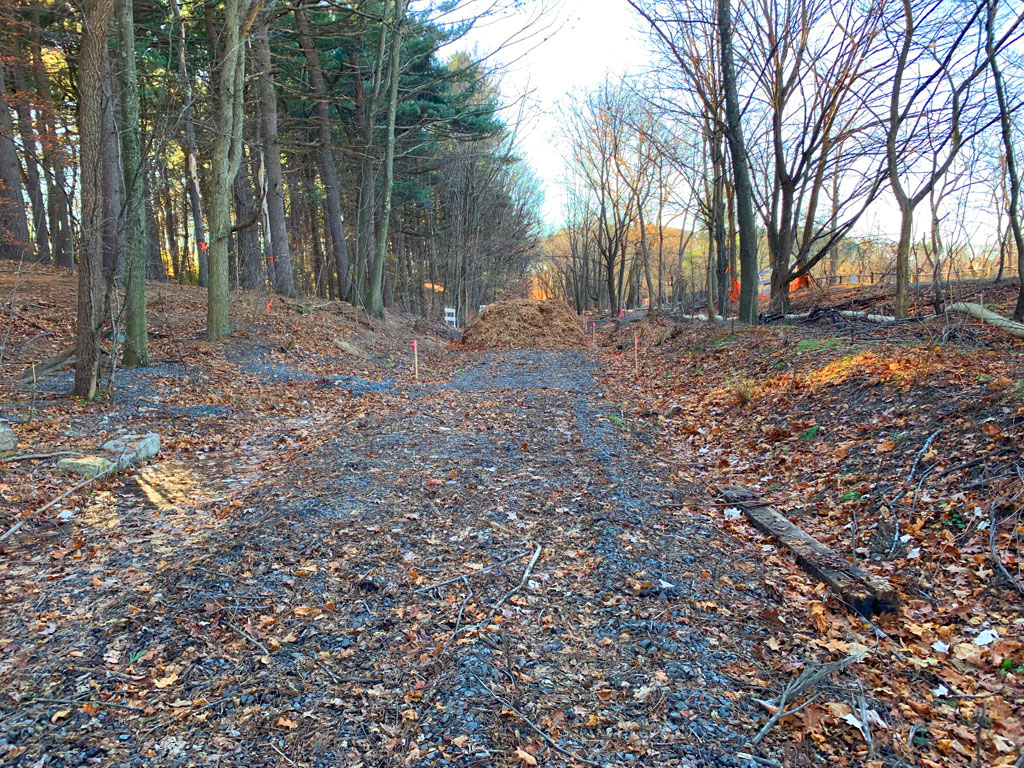 Ground was boken Wednesday for a Watertown-Cambridge bike path expected to be complete in early summer of 2020. (Photos and video: Tom Meek)

The city will have a more comprehensive schedule of bike infrastructure rollouts early next year, Community Development spokeswoman Bridget Martin said, and the state is joining in with a Dec. 18 meeting to discuss options for bike safety improvements on some of its own roadway in Cambridge.

Even before that, the Cambridge Bicycle Safety group is calling for city staff to report back by the end of January on how common speed limit violations are in Cambridge and how the city can better engineer traffic calming; a policy order written with Mayor Marc McGovern, vice mayor Jan Devereux and city councillor Quinton Zondervan will make the request official Monday.

“For example, we know that changing paving surfaces and raising crosswalks helps slow traffic in busy areas,” the group said Thursday, explaining the urgency behind the order: “Over the past 10 years, 16 vulnerable road users – either walking or biking – have been killed in our city. This is a public health crisis.”

The mayor and City Manager Louis A. DePasquale are also set to attend a community meeting next week on pedestrian safety and safer streets, planned for 6:30 p.m. Thursday at the Amigos School, 15 Upton St., Cambridgeport.

There have already been several steps taken to separate cyclists from motor vehicles and connect major destinations by bike lane since an October rally by the bicycle safety group, including a priority bus and bike lane on Mount Auburn Street; separated lanes on Massachusetts Avenue from Central Square through the Massachusetts Institute of Technology to the Charles River, opened late last month; and Wednesday’s groundbreaking for a Watertown-Cambridge bike path.

The Watertown-Cambridge path, expected to be complete in early summer of 2020, leverages an old railway running parallel to Huron Avenue to better connect cyclists coming from Watertown and West Cambridge to Fresh Pond destinations including the pond, mall and Danehy Park, as well as the Alewife T station and Minuteman Bike Path – good for families and other cyclists unwilling to tangle with vehicles on Huron Avenue and the Fresh Pond Parkway.

The separated bike lanes (alongside a dedicated Boston-bound bus lane) south of Central Square provide more safety in a congested area notorious for its perilous intersections. The project is still undergoing tweaks, said Joseph Barr, director of the city’s Traffic, Parking & Transportation Department, though the bulk of the project was completed and opened for use just after Thanksgiving.

Here’s how the ride looks to a bicyclist headed toward the Charles:

Data from the installations will show whether they increase public safety and get more people out of their cars, traffic officials have said.

The bicycle safety group and other advocacy groups, including Livable Streets and the Boston Cyclists Union, have been loud advocates for safer streets since the Cambridge deaths of cyclists Amanda Phillips and Joseph Lavins in 2016. In November, another cyclist was struck and killed by a dump truck at Museum Way and Monsignor O’Brien Highway, across from the Museum of Science, and state Rep. Mike Connolly called on the state to make changes.

A public hearing at 6:30 p.m. Dec. 18 at the Massachusetts Institute of Technology’s Stratton Student Center, 84 Massachusetts Ave. – planned originally for the Museum of Science but moved to accommodate an expected large audience – will discuss the details of Meng Jin’s death and safety improvements from infrastructure and vehicle safeguard perspectives, Connolly said.