A week of events in Cambridge, Somerville: One Night Band, Co-Incidence Fest, more 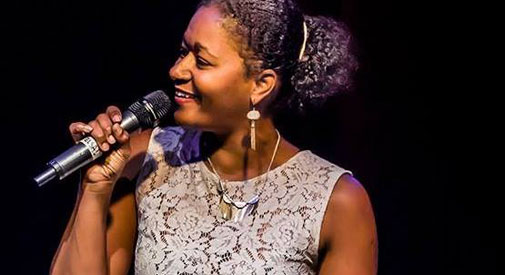 A week of events in Cambridge, Somerville: One Night Band, Co-Incidence Fest, more

Winter Reading Series at Lesley University from 6:30 to 8:30 p.m. at the Marran Theater, 34 Mellen St., on Lesley’s Doble Campus in the Agassiz neighborhood near Harvard Square. Free. Danielle Legros Georges, faculty in poetry, reads from “The Dear Remote Nearness of You” and Chris Lynch, faculty in writing for young people, reads from “Irreversible.” Information is here.

“Lohan Beach House” viewing party from 7:30 to 9:30 p.m. at Daddy Jones Bar, 525 Medford St., Magoun Square, Somerville. Free. Oh god, of course we have to watch this brand-new train wreck from the House of Lohan, in which the former child star brings her unique brand of toxic incoherence to a “Vanderpump Rules”-style reality show set at her own Mykonos club. There will be themed cocktails, free popcorn and lots of snark. Information is here.

Jeremy N. Smith reads from “Breaking and Entering: The Extraordinary Story of a Hacker Called ‘Alien’” from 7 to 8:15 p.m. at Harvard Book Store, 1256 Massachusetts Ave., Harvard Square. Free. It’s not just the author who’ll be on hand, but Alien herself, a graduate of the Massachusetts Institute of Technology who “hacked” the campus (exploring the campus without permission) before getting into cybersecurity – a field she stayed in, now running a boutique hacking outfit catering to institutions such as banks, retailers and government agencies. Kirkus Reviews called Smith’s book “a page-turning real-life thriller.” Information is here.

Julian Randall at the Boston Poetry Slam, from 7:15 p.m. to midnight at The Cantab Lounge, 738 Massachusetts Ave., Central Square. There’s a $3 cover for this 18-plus show. Randall, from Chicago, is a Pushcart Prize winner with work in publications such as The New York Times Magazine and Georgia Review, as well as a first book, “Refuse,” that was 2017’s winner of the Cave Canem Poetry prize. Randall (photographed by Nicholas Nichols) is featured after an hour of open mic starting at 8 p.m. Information is here.

Winter Reading Series at Lesley University from 7 to 9 p.m. at the Marran Theater, 34 Mellen St., on Lesley’s Doble Campus in the Agassiz neighborhood near Harvard Square. Free. Jane Brox, faculty in nonfiction reads from “Silence: A Social History of One of the Least Understood Elements of Our Lives” and Jason Reynolds, faculty in writing for young people, reads from “Lu.”Information is here.

Armory Pub Sing from 7 to 10:30 p.m. at The Center for Arts at the Armory, 191 Highland Ave., Somerville. Free. This event is based on a traditional English pub sing and encourages chorus-based songs that are easy to learn and fun to do as a group. Information is here.

“Red” is staged from 7:30 to 9 p.m. (and repeating Saturday) at The Space Studios, 64 Joy St., Somerville. Tickets are $10 (with fees, $11.34). John Logan’s 2010 Tony Award-winner for Best Play centers around Mark Rothko and his assistant as the famed abstract expressionist painter gets a commission to paint murals for the Four Seasons restaurant – and wonders if he’s selling out. This is the second production for Crystal Clear Productions, founded in May. Information is here.

The Co-Incidence Festival Welcome Concert from 8 to 10 p.m. (and continuing Saturday and Sunday) at Washington Street Art, 321 Washington St., Somerville, and nearby. Free. This gathering of experimental composer-performers serves as “social sculpture” and begins with four concurrent performances by Sarah Ayotomiwa Pitan, Nilo Goldfarb, Jennie Gottschalk and Chris Strunk. Audiences are encouraged to move between performances (and to stay warm, as some shows are outdoors). Information is here.

Winter Stars 2019 Concert from 11 a.m. to 12:30 p.m. at St. John the Evangelist Church, 2254 Massachusetts Ave., North Cambridge. There’s a suggested donation of $20 per family or $10 per person. The Cambridge Children’s Chorus performs traditional folk songs and winter melodies. Goodwill donations are accepted at the door. Information is here.

Care: A One-Night Exhibition of Performances from 5 to 7 p.m. at Spaceus, 20 Brattle St., Harvard Square. Suggested donations are $5 to $15. Performances by artists such as Sasha Wolfe and Ellen Zahniser, Silence Merry Roads and Rosie Ranauro explore the personal and political impact of caring. Information is here.

One Night Band from 7 to 10:30 p.m. at The Sinclair, 52 Church St., Harvard Square. Tickets for this 18-plus show are $15. One Night Band is a daylong music experiment in which 40 Boston musicians are shuffled randomly into bands of five on a Saturday morning, taking the day to write three original songs and prepare one cover to play just hours later. This reboot of a 2009-12 annual event benefits Zumix, an East Boston nonprofit that works to empower youth who use music to improve their lives, communities and the world, and features a diverse cross section of Boston music – rock, hiphop, soul, Americana, electronic, funk and more featuring members of STL GLD, The Sheila Divine, Party Bois, No Hope No Harm and others. Information is here.

The Return of the King: Music of the English Restoration from 3 to 5 p.m. at the Somerville Museum, 1 Westwood Road, Somerville. General admission is $20. When England got its king back after its civil war, musicians came back to the court. Early music group Très Maresienne (Lisa Brooke, violin; Carol Lewis, viola da gamba; and Olav Chris Henriksen, theorbo and baroque lute) performs sonatas, suites, fantasies and grounds by Purcell, Locke, Finger, Matteis, Simpson, Young and Mace. Information is here.

Singer-Songwriter Night VII from 8:30 to 11:30 p.m. at ZuZu, 474 Massachusetts Ave., Central Square. Admission is $7 for this 21-plus show. Four local acts perform 35-minute sets on a new night for the showcase: Steve Snyder, Ciderdown; Federico Muchnik; and Mike Morrissey. Information is here.