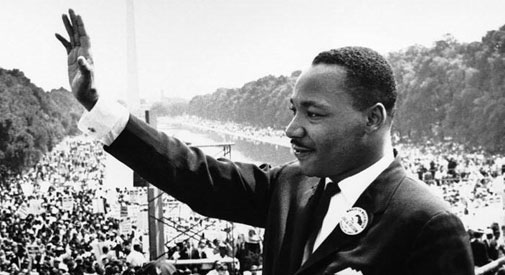 “Of Fathers and Sons” documentary at 7 p.m. at The Brattle Theatre, 40 Brattle St., Harvard Square. Tickets are $12. The DocYard series showcases this Academy Award-nominated film about children reared in radical Islamic families in Syria. The in-depth look at theological and ideological seeding won the World Cinema Grand Jury Prize for documentaries at the Sundance Film Festival. After the screening filmmaker Talal Derki will Skyping in for a discussion led by local filmmaker and journalist Beth Murphy. Information is here. (Contributed by Tom Meek.)

The Late Shift : Longy at The Lilypad from 10 p.m. to 1 a.m. at Lilypad, 1353 Cambridge St., Inman Square. Free. The jazz and contemporary music department at the Longy School of Music  begins a monthly residency, which means more cool late-night stuff for the city – but just a little, so take advantage: The next shift isn’t until April 18. (Photo: David Warren Harewood by Keyvan Behpour.) Information is here.

Torrin A. Greathouse at the Boston Poetry Slam, from 7:15 p.m. to midnight at The Cantab Lounge, 738 Massachusetts Ave., Central Square. There’s a $3 cover for this 18-plus show. Greathouse, author of “boy/girl/ghost” and winner of the Peseroff Poetry Prize, Palette Poetry Prize and Naugatuck River Narrative Poetry Prize, is featured after an open mic starting at 8 p.m. Information is here.

“Total Loss: A Comedy Show About Cars and Death” at 8 O’Clock at 730 from 8 to 10 p.m. at 730 Tavern, 730 Massachusetts Ave., Central Square. Tickets are $7.30 (with fees, $9.38). Despite a tale that includes Will Martin buying a Corolla and Subaru with his friend Nick, then starting to drive cross-country in the Subaru only for it and Nick to die, then his little brother Caleb driving the Corolla cross-country and dying … this show is a comedy. Information is here.

Don’t Tell Cambridge comedy from 7:30 to 9:30 p.m. at a location to be emailed on the day of the show to buyers of tickets starting at $20 general admission. Secret locations for secret comedians (and you BYOB) in what organizers call “comedy’s worst-kept secret.” Information is here.

“The Last Pig” film from 3 to 4:30 p.m. in the lecture hall of the Cambridge Main Library, 449 Broadway, Mid-Cambridge. Free. This 54-minute documentary chronicles New York farmer Bob Comis’ final year raising pigs humanely for food and his deepening respect for a misunderstood animal. As he struggles to reinvent his life as a vegetable farmer, he ponders what it means to have the power to kill – though the film relies more on artistic camerawork and philosophy than disturbing graphic imagery to raise questions about equality, the sanctity of life and the value of compassion. Hosted by the Animal Advocacy Club of Cambridge Rindge and Latin High School. Information is here.

Family dance from 6 to 8 p.m. at the Dr. Martin Luther King Jr. School, 102 Putnam Ave., Riverside. Kids (accompanied by an adult), parents, grandparents, friends, teachers and staff are welcome. Free, with free drinks and snacks, with dinner for sale. Soft-soled shoes are requested. Information is here.

“A Few Weird Recipes, Vol. 2” launch party from 6 to 8 p.m. at Spaceus, 11 First St., East Cambridge. There is a $5 suggested donation. Kit Collins’ zine proposes garlic shortbread cookies, nut butter–beer pairings, okra as a toast topping and horseradish in a scone, and a complimentary spread of bites will be available along with copies of both editions for purchase (along with the hand-carved stamps used to illustrate them). Information is here.

Breakwater Reading Series from 7 to 8:30 p.m. at The Cambridge Center for Adult Education, 42 Brattle St., Harvard Square. Free. Hear work by six MFA poets and prose writers coming from Boston University, Emerson College and the University of Massachusetts at Boston. Information is here.

“Breakneck Julius Caesar” from 7:30 to 9:30 p.m. (and repeating Saturday) at Lilypad, 1353 Cambridge St., Inman Square. General admission is $25. An interactive one-person show in which the audience takes on roles of senators, conspirators and the mob, coming to town by way of fringe festivals all over North America. (“The Shakespeare tragedy has never been so much fun and simultaneously instructive. It’s a Fringe go-to,” Kansas City’s Pitch magazine said.) After intermission on Friday only, creator Tim Mooney does “Shakespeare by Request” – 38 monologues, one from each of Shakespeare’s known plays, in response to whichever audience members shout out. It’s an add-on pay-what-you-can deal Mooney suggests is worth at least $10, worth considering when you buy a ticket. Information is here.

“Burning” play from 8 to 10 p.m. (and repeating five times through March 23) at Unity Somerville, 6 William St., just off College Avenue near Davis Square, Somerville. General admission is $20 (with fees, $21.69). The Theatre@First company produces a contemporary dramatic reimagining of “Cyrano de Bergerac” by Ginger Lazarus in which a former Army sergeant kicked out under “Don’t Ask, Don’t Tell” rules takes on the world as a blogger, blowing the whistle on sexual harassment within the Army and going toe-to-toe with her former commander. She secretly adores her friend Rose, who in turn has her eye on Cole, an inarticulate infantryman. Cy signs on to reluctantly ghostwrite Cole’s courtship of Rose, but lets her own fantasy take priority over the reality of the situation. Directed by Andrea Humez. Information is here.

St. Patrick’s Day variety show from 1 to 2:30 p.m., 3 to 4:30 p.m., 5 to 6:30 p.m. and 7 to 8:30 p.m. (with more showings Sunday) at The Burren, 247 Elm St., Davis Square, Somerville. Tickets are $25 (with fees, $26.87). A traditional Irish meal of corned beef and cabbage or Guinness beef stew with soda bread (a vegetarian option is also available), followed by Burren shamrock cake, accompanies kid-friendly traditional tunes, ballads, stories and dancing featuring Tommy McCarthy and Louise Costello (traditional Irish musicians who happen to own the place), Robert Elliott and Seamus Noonan, and others. Information is here.

St. Patrick’s Day Celtic Sojourn at 3 to 5:30 p.m. (few tickets available) and 7:30 to 10 p.m. (more tickets available) at Sanders Theatre, 45 Quincy St., near Harvard Square. Tickets range from $31 to $52. Brian O’Donovan, producer and host of the concert series, has pulled together a wide range of contemporary and traditional approaches to Irish music and dance, including Anna, Sheila and Clare Friel; Katie McNally and Neil Pearlman; Yann Falquet and Pascal Gemme; and Keith Murphy. Information is here.

Saint Patrick’s Comedy Show from 8 to 9:30 p.m. at The Rockwell, 255 Elm St., Davis Square, Somerville. Tickets are $20 (with fees, $22.85) for this 21-plus show. Dan Boulger, who has opened for acts such as Bill Burr, Zach Galifianakis and Louis C.K. (note to Dan Boulger: Update your bio); Spike Tobin; and Steve Halligan. Information is here.

8 O’Clock at 730 Platinum Edition: “Token” standup comedy from 8 to 10 p.m. at 730 Tavern, 730 Massachusetts Ave., Central Square. Free. Tooky Kavanagh and Gloria Rose showcase standup comedy that aims to “rethink what comedy can be.” Information is here.

“A Resistance, Now” by the MIT Wind Ensemble from 8 to 10 p.m. at the Massachusetts Institute of Technology’s Kresge Auditorium, 48 Massachusetts Ave. Tickets are $10. A sendoff for the ensemble’s March tour to the Dominican Republic that includes the world premiere of Jamshied Sharifi’s “A Resistance, Now” with Anat Cohen (pictured, with photo by Shervin Lainez), clarinet soloist; “Chaminade Concertino for Flute” with Matthew Roitstein; the Boston premiere of “Spring Overture” by Kenneth Amis; and “Rubies” by John Harbison, performed in honor of his 80th birthday. Information is here.

“Burning” play from 8 to 10 p.m. (and repeating four times through March 23) at Unity Somerville, 6 William St., just off College Avenue near Davis Square, Somerville. General admission is $20 (with fees, $21.69). Information is here.

Cambridge Symphony Orchestra’s “Heroes and Angels” from 4 to 6 p.m. at the Massachusetts Institute of Technology’s Kresge Auditorium, 48 Massachusetts Ave. General admission is $25 (with fees, $27.28). The CSO takes on Jean Sibelius’ intricate and inspiring Symphony No. 5, written to evoke the beauty and breathlessness of swans in flight; Joseph Foley, principal trumpet of the Rhode Island Philharmonic, will be soloist for the tone poem “Angels Among Us” by Grammy-winning film composer Nan Schwartz; and Joseph Schwantner’s 1982 “New Morning for the World” (“Daybreak of Freedom”) is narrated by the Rev. Dr. Ray Hammond of the Bethel AME Church in Jamaica Plain as a tribute to the life and legacy of Martin Luther King Jr. Information is here.

“Burning” play from 8 to 10 p.m. (and repeating four times through March 23) at Unity Somerville, 6 William St., just off College Avenue near Davis Square, Somerville. General admission is $20 (with fees, $21.69). Information is here.