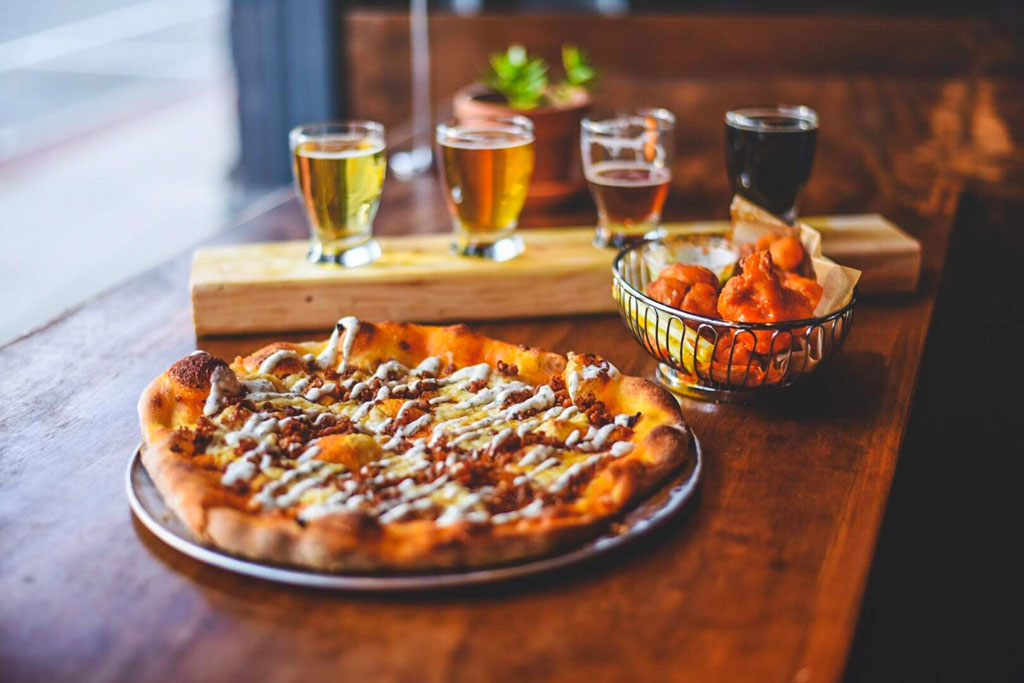 Rewild’s menu includes craft beer and pub foods such as pizza and Buffalo strips made only from plant-based sources. (Photo: Rewild)

A plant-based beer hall and cafe called Rewild is raising money to open in Central Square, hoping to pull together $200,000 in the next month – the last needed chunk of a total $2 million, according to a crowdfunding page on Kickstarter.

“Our new Central Square space is a big project,” the page says. “All of the funds will go toward completing the buildout of the space,” described as 4,700 square feet with an outdoor beer garden.

The business is exploring multiple options for a Central Square address, said Pat McAuley, founder of the Rewild Group, including a site on Prospect Street that was last occupied in early 2011 by Cambridge Community Television. (There was a a frustrated effort by the owners of a nightclub called Prospect Lounge to fill the 5,000-square-foot glass-front space, but more than eight years later there are still CCTV decals on the side doors.) 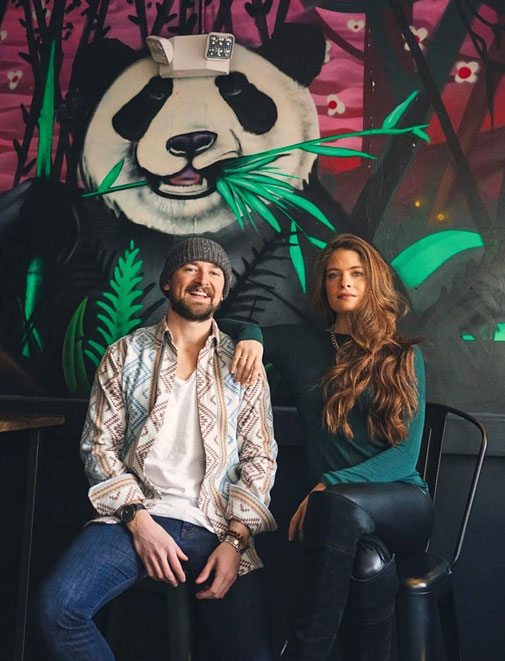 Pat McAuley and Marissa Hughes ran Rewild as a pop-up in Quincy and are seeking to bring it permanently to Central Square. (Photo: Rewild via Kickstarter)

Rewards on the Kickstarter page start at a T-shirt for $25 all the way to a six-week wellness course run in part by McAuley. He said he launched Rewild after leaving a career in brewing for long-term health issues and realizing “there was nowhere for him to eat in the Boston area. Even worse, there was nowhere to hang out and enjoy a few craft beverages alongside a plant-based meal.”

Rewild has been in the works for two years, including a pop-up in Quincy that McAuley and partner Marissa Hughes ran from October to January. Even after its hiatus, it may yet be the first 100 percent vegan restaurant, cafe and beer hall in the country – selling local craft beer, wine, kombucha and artisanal coffee with pub foods such as burgers, pizza and Buffalo strips, “but done in the healthiest and most sustainable way possible, using 100 percent plants,” the Kickstarter says. The menu also includes health-conscious selections such as ginger shots, a greens and grain bowl and craft kombucha or tea.

The atmosphere at Rewild will celebrate local artists, musicians and entrepreneurs, the founders say, suggesting it will fit in well with efforts by Central Square Business Association executive director Michael Monestime to energize the square’s designation as a cultural district.

“Rewild would be a great addition to the Central Square Cultural District. We will help with all hands on deck to make this happen,” Monestime said. “Filling vacancies with the right tenants is a high priority, and Rewild is a no-brainer for Central Square. Let’s see this happen.”