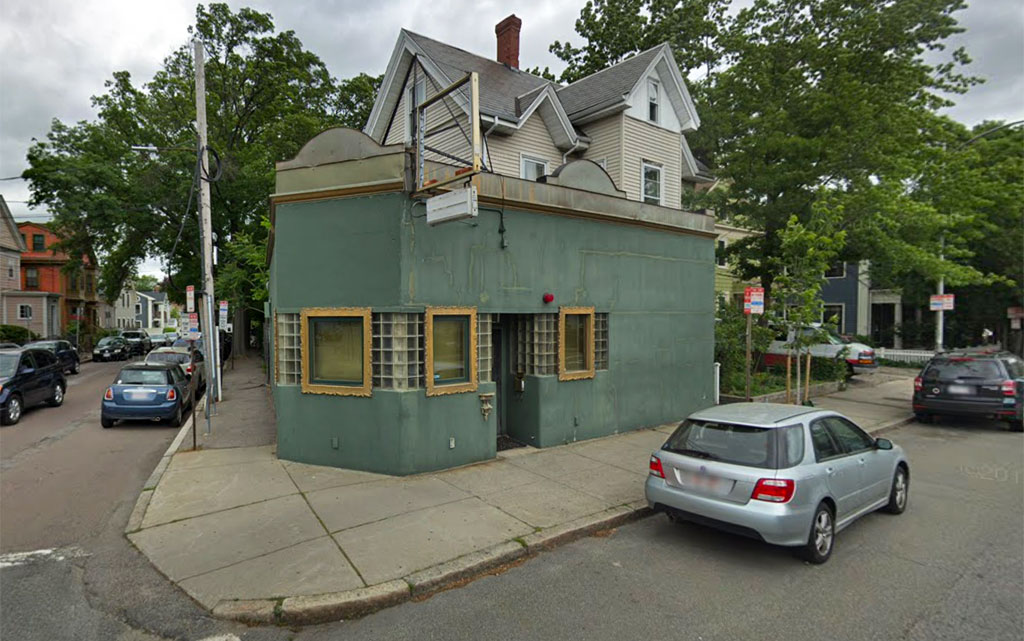 The former River Gods space on River Street in Cambridgeside, near Central Square, is set to become The Nu Do Society noodle joint. (Photo: Google)

The full city budget for FY20 comes up for a vote; Constellation Center report; bad news for Verizon?

City Council, 5:30 p.m. Monday. The council votes whether to adopt the full $638.1 million municipal budget for the upcoming fiscal year, with consideration of followups to questions councillors had from Finance Committee hearings – including a response from Multicultural Arts Center leadership about how it spends its annual city funding of $200,000. There’s also a more modest, neighbor-friendly zoning petition to consider from Alexandria Real Estate Equities for its proposed Grand Junction Pathway Overlay District; a report on the tax status, zoning history and sale of the former Constellation Center parcel in Kendall Square (with the note that whatever goes there must still include about 95,000 square feet of arts space); and a negative recommendation from the Planning Board to retroactively approve a 10,000-square-foot innovation space being run by Verizon on Ware Street. Televised.

Building plans for the upper schools draw a review

Net zero emissions action plan: How are we doing?

School Committee, 6 p.m. Tuesday. The agenda includes presentations on the superintendent’s updated district plan and on “Expanded & Aligned Partnerships” with the Family Policy Council and Math Matters for Equity, and committee members introduce measures around evaluating Superintendent Kenneth Salim and renegotiating his contract; holding a televised roundtable on co-teaching; and ensuring students are screened for dyslexia. They’re also seeking a roundtable with the Department of Elementary and Secondary Education to make sure racially insensitive questions (like one on the 10th-grade English-language arts MCAS exam, which called for students to write from the perspective of a racist character) don’t appear on standardized tests. Televised.

What to know about the state’s new equal pay law

Transportation and Public Utilities Committee, 2 to 4 p.m. Wednesday. This committee run by vice mayor Jan Devereux will hold a public hearing with Eversource officials, who are to explain its plans for meeting the city’s growing electricity needs by expanding capacity on land it owns throughout the city, focusing on sites in Kendall Square and on Fulkerson Street. Televised.

Nu Do Society is ready to fill River Gods location

License Commission, 3 p.m. Wednesday. An Asian noodle joint called The Nu Do Society seeks to open in 123 River St., Riverside, also known as the former home of River Gods – which means The Faraway will not be opening there, despite the success of its crowdfunding campaign. Expect seating for 28, open from 11 a.m. to 10 p.m. seven days a week. Disciplinary matters for The Middle East and La Fabrica Central, both including altercations between employees and customers, are also due for discussion after deferrals earlier in the spring.

The commission meets at the 51 Inman St., Mid-Cambridge, municipal building.

Boston West Fair Skies, 7 to 9 p.m. Thursday. This organization, which includes residents of Cambridge, Somerville, Arlington, Belmont, Medford, Watertown and Winchester – communities affected by increased airplane noise from departures at Logan Airport – meets in Belmont this time in its rotation.

The group meets in the assembly room of the Belmont Public Library, 336 Concord Ave., Belmont.