‘Hustlers’: Wall Street boys in lap of luxury, meet dance crew whose stock is on the rise 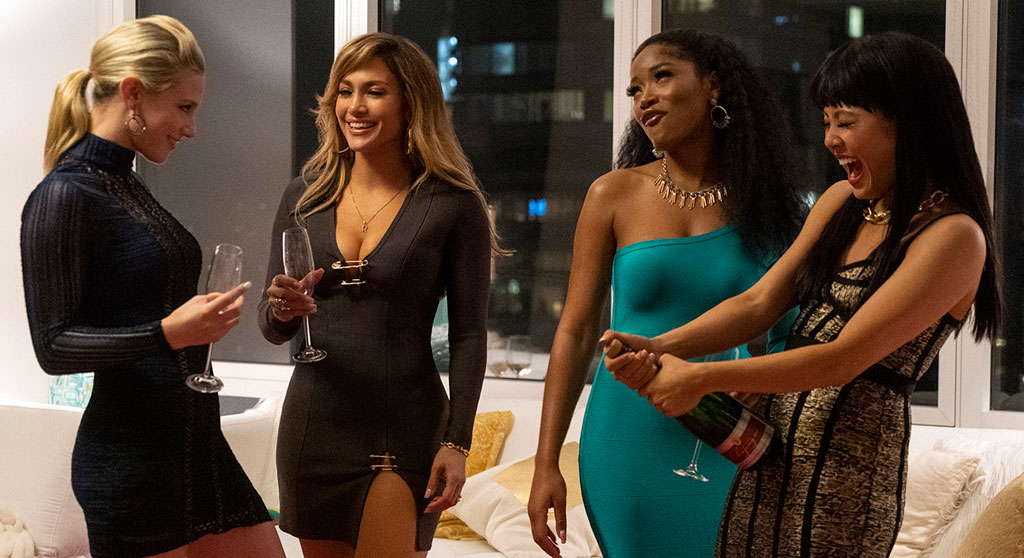 ‘Hustlers’: Wall Street boys in lap of luxury, meet dance crew whose stock is on the rise

“The Wolf of Wall Street” (2013), “The Big Short” (2015) and “Wall Street” (1987) all capture fast cash and high times in vivid blurs of overindulgence, articulated through mounds of designer drugs, $100 bottles of champagne and long-legged women in G-strings sashaying about for well-fleeced oglers. “Hustlers” takes all that and flips it on its head – kind of. 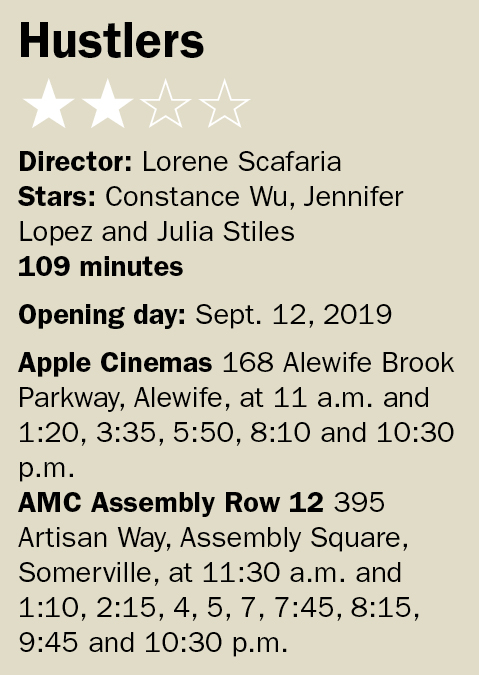 The time is 2007, pre-“Big Short” or, more accurately, about the same time, since it’s before the market collapse, and the folks raking in gobs of green on Wall Street are also shelling it out to a posse of pole dancers at a semi-swank Manhattan club. This also being pre-#MeToo, bad behavior and Robert Kraft-like expectations are all part of the landscape. The film, based on on a New York Magazine article, begins with fairy tale roots as Destiny (Constance Wu), the byproduct of a bad immigrant story, short on degrees and in need of cash to support her granny, takes up lap dance duty at the club – “Magic Mike” this is not. Stuck in that rut, she winds up being taken being under the wing (and enormous fur jacket) of Ramona (Jennifer Lopez), the club’s den queen. The pair team up, dance their tassels off, money flows in buckets and life is grand until that market collapse.

It’s there that the film begins to lose its own value, as the pair and their crew – needing to support kids and expensive digs – begin to shake down those still thriving on Wall Street by giving them essentially what amounts to roofies and maxing out their credit cards. It’s not a pretty picture.

It feels right that this tale of quasi-female empowerment be told by a woman, and while Lorene Scafaria shows plenty of game early on, hyping up the glitz and sleazy glamor and capturing the raucous backstage banter and J-Lo crushing it on the pole – her form and physicality are beyond age-defying – the film meanders as the narrative in the later years employs the device of the journalist (Julia Stiles) asking Destiny to rewind the ring’s exploits after a takedown. It becomes “Goodfellas” lite. Scafaria tosses in a few cinematic tricks to keep things interesting, such as the still moving lips of Destiny and the journalist gone silent after Destiny shuts of the recording device, but there’s not enough gonzo quirk as in Adam McKay’s “Big Short” to really merit them. The real pull here is the bond forged onscreen between Wu, Lopez and the others running the operation, but even that gets frayed and lost in the end.

Wu, who’s been trying to break free from the small screen (“Fresh Off the Boat,” primarily) the same way Jennifer Aniston did nearly two decades ago, makes a bigger, bold stride toward center stage following her turn in the hit “Crazy Rich Asians,” but here too, she becomes more of a plot-flow funnel point; the film’s consumed by Lopez every time she’s onscreen – it’s Lopez’s best work since the quirky crime caper-cum-romance “Out of Sight” back in 1998.

Yes Cardi B, is in the mix, and perfectly outlandish. Early century icon Usher shows up as himself to shower the posse on stage with wads of green. Those cameos come early, but as the money and the watering hole dry up and more desperate measures abound, the film loses its fangs, hanging on a broken Destiny wondering about her friend and mentor. Wu is fantastic in those scenes, but by that time something in the bigger picture feels missing, and we feel shorted emotionally as the tale of Ramona and Destiny gets rolled into a lesson of the times.