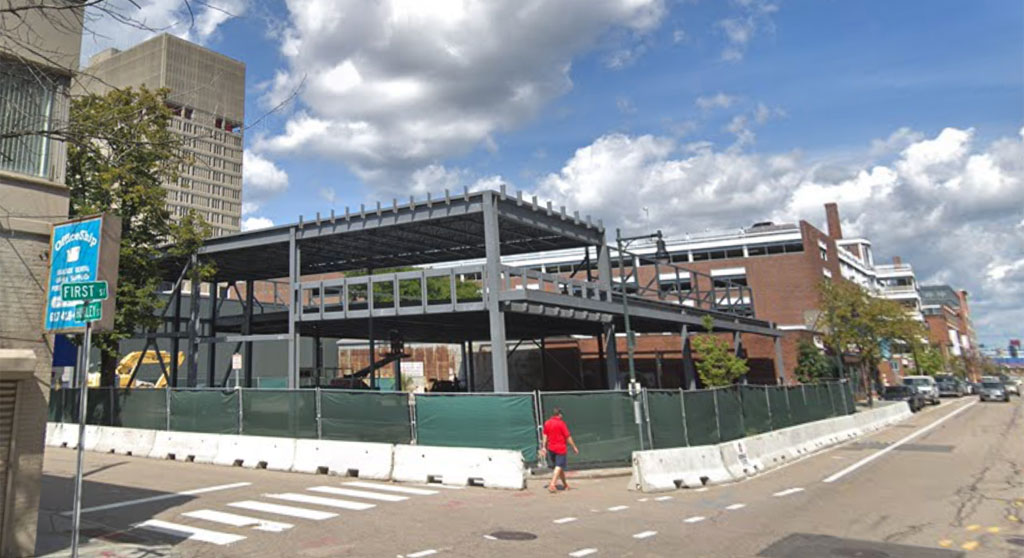 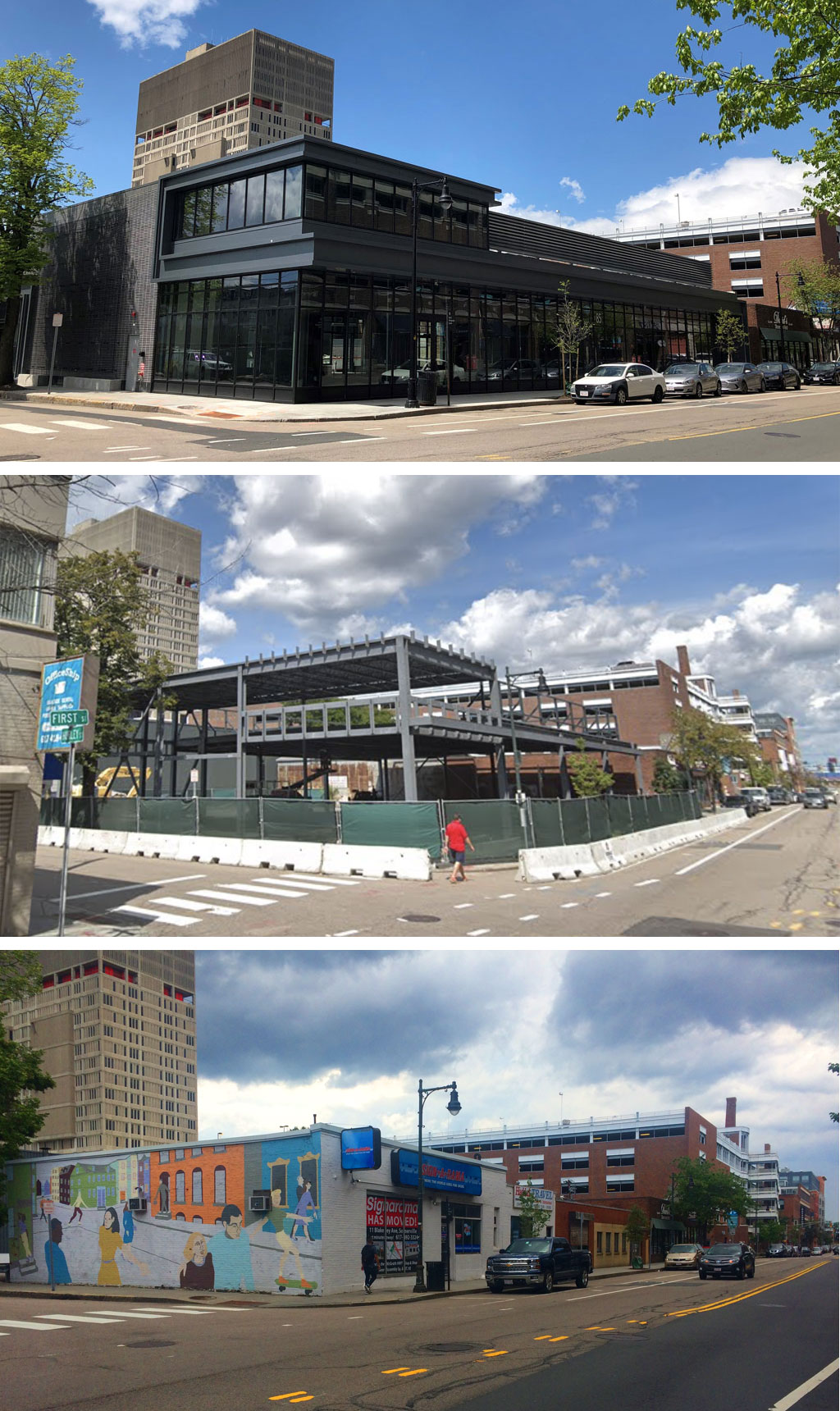 The building at 85-95 First St., East Cambridge, has sold for $11.2 million. Construction was underway in September 2018; the Sign-a-Rama at that location had closed recently in preparation in June 2017. (Photos: Urban Spaces; Google: Marc Levy)

A retail building sale on First Street in East Cambridge may have set a record. Urban Spaces, a Cambridge-based commercial real estate development company, said Wednesday that its 85-95 First St. was sold for $11.2 million, or $1,120 per square foot.

“It could happen. That site is attractive because I know they’re doing a lot of development in that area, so there would be a lot of foot traffic,” said Steve Doherty, strategic communications specialist for the U.S. Postal Service’s Northeast Area. “But that’s not the only place we’ve looked at. If something else comes along, there’s nothing signed at this point.”

An Urban Spaces press release sent Wednesday said lease negotiations had to be finalized. Doherty said there was no timeline for a decision from the U.S. Postal Service.

The Kendall Square post office at 238 Main St. closed June 14 for construction and renovations of the Massachusetts Institute of Technology’s East Campus, with Doherty saying at the time that it could reopen in the same location after construction. The 85-95 First St. location is close to a smaller existing post office at 303 Cambridge St. – next door to another sign of a changing East Cambridge: A shuttered Courtside Food & Spirits, which closed abruptly Sept. 30 after 76 years (taking its popular karaoke night with it) due to aging owners’ ill health. Owner John Alberts said he has sold the Courtside property to the owners of the three-story office building next door at 263-277 Cambridge St.

Meanwhile, Urban Spaces is building all along First Street, which it calls the First Street Corridor, focused now on the “Kendall East” mixed-use apartment complex with 136 units, 14,800 square feet of retail and a half-acre of green space between 121 and 85-95 First St. Owners of the CambridgeSide mall across the street, New England Development, seek to redevelop their own property, building higher and denser. And several years after a purchase and sale agreement with the state, the way now looks clear for Leggat McCall Properties to redevelop the former 22-story Edward J. Sullivan Courthouse and retail space in the city-owner First Street Garage.

Considered together, Paul Ognibene, chief executive of Urban Spaces, said the potentially record-setting rate of $1,120 per square foot at 85-95 First St. – brokered by the Boston-based Conviser Property Group – made sense.

“The speed of the lease-up and the valuation of the property are further testament to the strength of the Cambridge market and the First Street Corridor,” Ognibene said.

While cautious to confirm that a record had been set, Banker & Tradesman associate editor and commercial real estate reporter Steve Adams, agreed a sale of $1,120 per square foot was “pretty high for retail property.”

Still, the sale is certainly not a record in the region if you take mixed-use buildings into account: Asana Partners paid $1,746 per square foot in Harvard Square in late 2017 in a $108 million deal for Brattle Street properties that included office and retail, Adams noted.