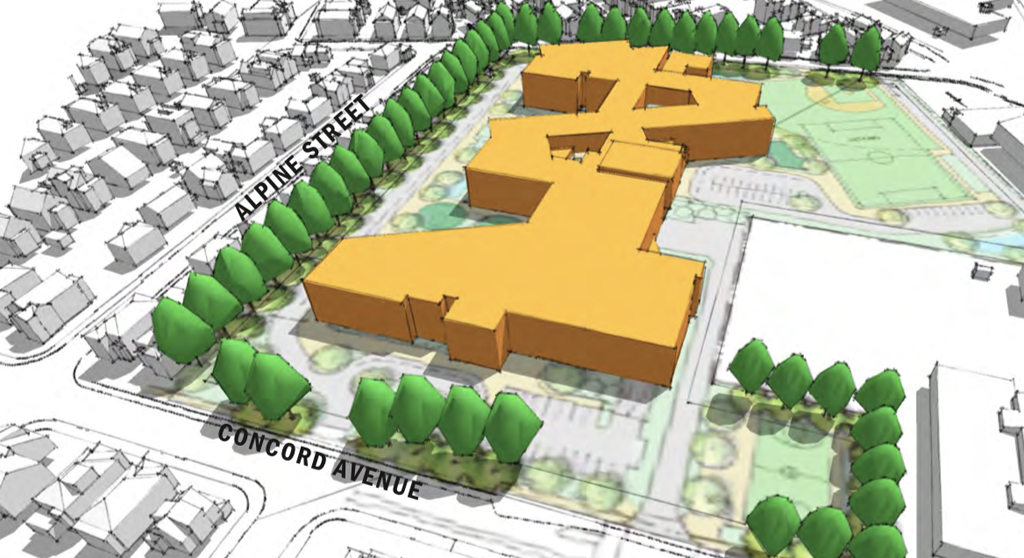 One option for the Tobin Montessori School and Vassal Lane Upper School campus to be presented at a meeting Monday.

City Council/School Committee roundtable, 5:30 p.m. Monday. Councillors and committee members, who seem united in wanting citywide pre-kindergarten for all 4-year-olds, rather than only kids turning 4 by April of their enrollment year, will discuss the latest in a series of city studies of the issue; momentum has built to get the project going after years of tiptoeing, but it’s still expensive and complicated, and it’ll have to be decided whether to include programs outside the public school district. Afterward comes a presentation of options for rebuilding West Cambridge’s Tobin Montessori and Vassal Lane Upper Schools, a project now expected to start with a 2020 design selection and cost $250 million in the lead-up to an opening in 2024. (Project materials are here; vice mayor Jan Devereux shared her thoughts about the three proposed designs here.) Televised.

Public Safety Committee, noon to 2 p.m. Tuesday. This committee run by city councillor Craig Kelley looks at amending the city’s surveillance law, which was adopted by the City Council on Dec. 10, or nearly a year ago; at its meeting next week, the full council gets a packet of a proposed surveillance use policy, surveillance technology impact reports and an annual surveillance report to review and discuss. Televised.

Assessing value of law trying to shrink private car use

Transportation and Public Utilities Committee, 3 to 5 p.m. Tuesday. This committee run by Devereux will look at results of the city’s Parking and Transportation Demand Management law, which was adopted in 1998 to cut down on single-occupant vehicle use. It applies to construction that adds at last five parking spaces; 88 percent of monitored projects last year met their commitments and saw drops in single-use driving, according to a report from city staff. Analysis of the remaining percentage – five projects – appears “to confirm national research that an oversupply of parking contributes to higher SOV rates.” Televised.

Planning Board, 6:30 p.m. Tuesday. The board will consider putting a recreational marijuana shop at 31 Church St., Harvard Square, which has hosted Community Phone as a pop-up business since Starbucks closed there in November 2018. There’s also a plan for a 141,834-square-foot office building with ground-floor retail underground parking at 87-101 CambridgePark Drive, Alewife. Canceled on account of weather. 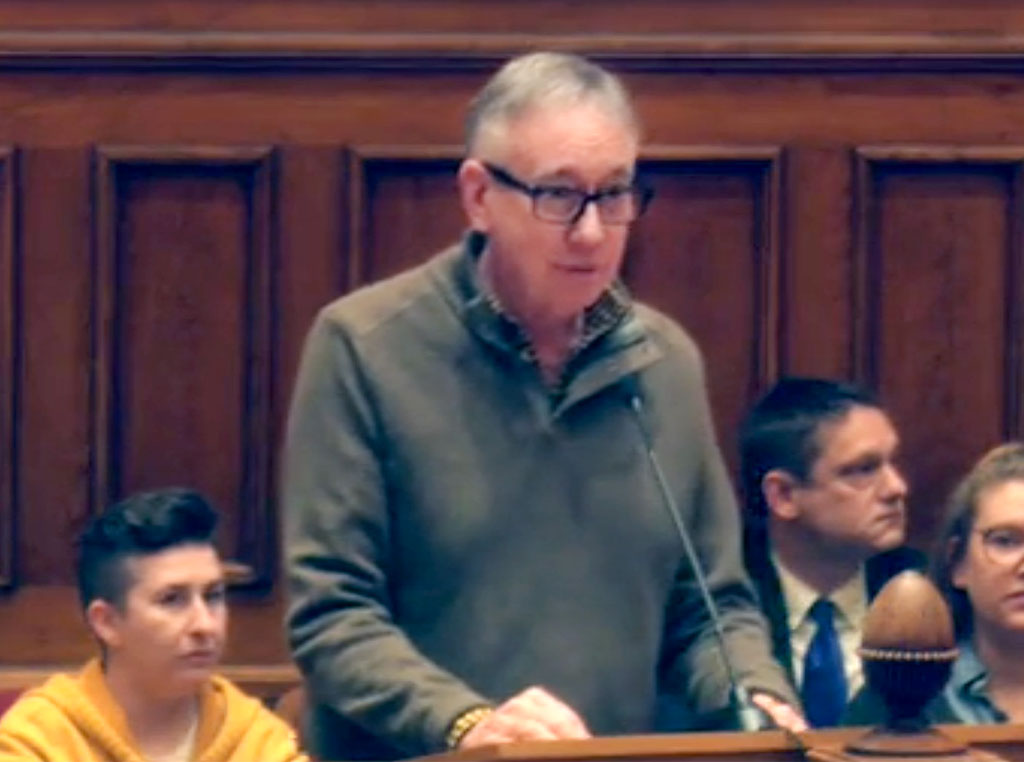 Harvard Square Kiosk and Plaza Project, 6 to 7:30 p.m. Thursday. The crosswalk where Sharon Hamer, 67, died in September is being considered for additional safety measures as part of a larger kiosk and plaza reconstruction project. The plans have support from Hamer’s husband, Richard Curran, who spoke to city councillors Nov. 25 to compared the square now with what it was like when he and Hamer met there in the 1970s. “Cambridge was a quiet college town and Harvard Square was more like a quaint little village with bookstores and shops and cafes everywhere,” Curran said. “Today, Cambridge is a large and busy city, and Harvard Square one of its largest city centers … and all that traffic, including 30-ton trucks, are using the very same streets – really cow paths – from when Harvard Square was still a quaint little village. These streets weren’t made for all this continued growth and development.”

The meeting is planned for the Isaacson Room at the Harvard Smith Center, Smith Campus Center, 1350 Massachusetts Ave., Harvard Square.

Historical Commission, 6 p.m. Thursday. Among other items on the agenda (such as Harvard Square’s First Church in Cambridge, Congregational, on Church Street getting solar panels, and the potential tear-down of a Pine Street house built in 1845) comes a hearing on the renovation of The Foundry building into a community center, including partial demolition, restoration of masonry and window patterns and the installation of new entrances and skylights.

How to replace our lost tree canopy for climate change

Urban Forest Master Plan Task Force, 6 to 8 p.m. Thursday. The task force will review and discuss the strategies outlined in its technical report to address canopy loss and canopy growth.

The task force meets in the main cafeteria of Cambridge Rindge and Latin School, 459 Broadway, Mid-Cambridge.