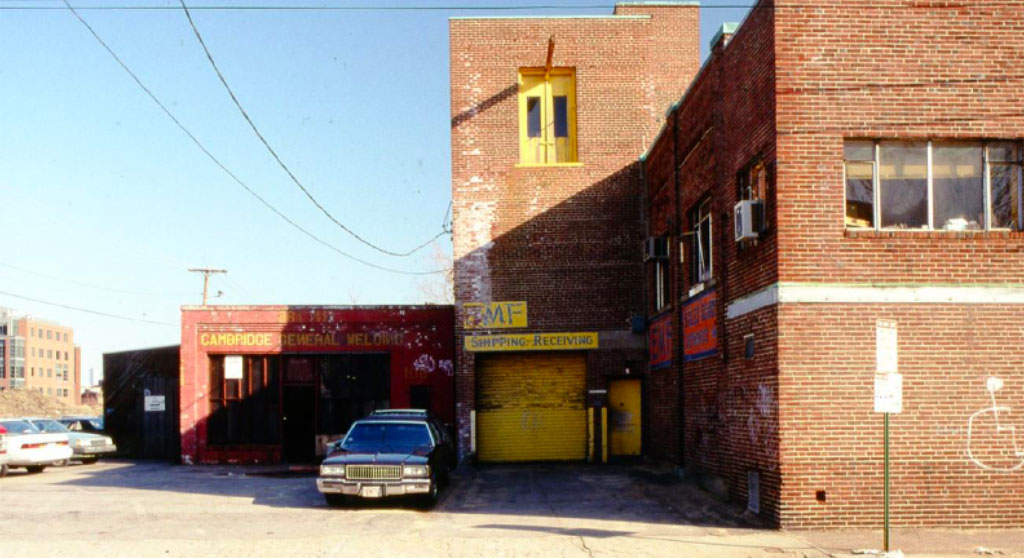 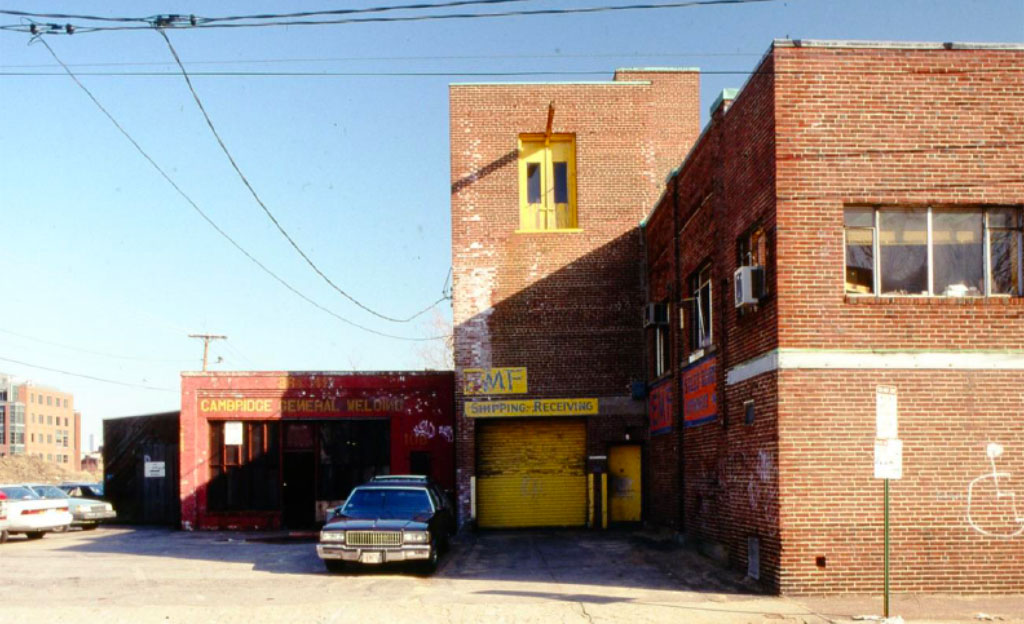 The EMF Building in 1994, seen in a photo from the Historical Commission’s landmarking study.

The musicians and artists who once worked in the EMF Building near Central Square get a pyrrhic victory Monday as the structure arrives before city councillors for acceptance of a formal historical landmarking designation.

“This designation is justified by the important architectural and cultural associations the properties represent as early 20th century industrial buildings … and for their important associations with the musical and arts communities of Cambridge,” according to an order resulting from a unanimous Nov. 7 finding of the city’s Historical Commission.

The 23,554-square-foot, three-story brick structure at 116 Brookline St. was an affordably priced home to more than 200 artists and performers for a little over a decade leading up to the spring of 2018, when it was taken over by John DiGiovanni, president of Trinity Property Management and of the board of the Harvard Square Business Association. He has been transforming the ramshackle building into high-end office space, complete with a roof deck. 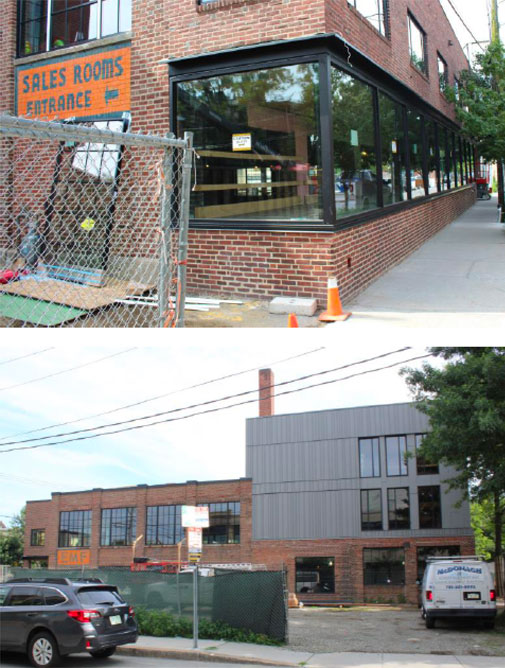 Visuals of the renovations ongoing at the EMF Building are included in the Historical Commission report.

Though the EMF community fought, including a few protesters who squatted within rehearsal spaces long past the eviction date, DiGiovanni managed to oust the last of them in July 2018 – when they filed a petition seeking landmark status. DiGiovanni was reportedly stunned two months later when the commission agreed to take on the work.

Still, it hasn’t stopped the estimated $4 million gut rehab and reconstruction of the building, an amount coming atop a purchase price of roughly the same amount.

In addition to its importance to local creators, the studios within EMF hosted such nationally known performers as Arctic Monkeys, Bearstronaut, Juliana Hatfield, The Lemonheads, Letters to Cleo, The Melvins, Scorpion and Peter Wolf, according to the artists’ study request. They also cited the industrial history that gave the arts building its name – and so did the finding of the Historical Commission.

The property was actually two parcels, one closely associated with National Co., a manufacturer of “mechanical specialties” beginning with toys and household items and later radios parts, and a retail store called EMF Electrical Supplies, which lasted from the 1930s until about 2005, according to the commission. The other parcel was once occupied by the Metropolitan Ice Co., which first store natural ice delivered by train, and then made it, before giving way to other industrial uses.

“The buildings and their relationship to the surviving industrial structures along Brookline Street make important architectural contributions to the streetscape of this area of Cambridgeport,” according to the commission report. They “are together significant for their architecture and associations with the industrial and commercial development of Cambridge.”

During the study leading to the recommendation for a landmark designation, the commission granted DiGiovanni in October 2018 a certificate of appropriateness for renovations that included reopening some original windows and adding others, installing up-to-date exits and recladding some outside walls. The painted EMF signs were preserved.

“This makes me so very happy,” said Suzanne Preston Blier, a citizen activist and Harvard professor who drafted the landmarking petition for the evicted EMF tenants. “I wish the artists now had a home, but at least this wonderful structure will be preserved.”