As the final musician leaves the EMF Building, commission is asked to consider landmarking 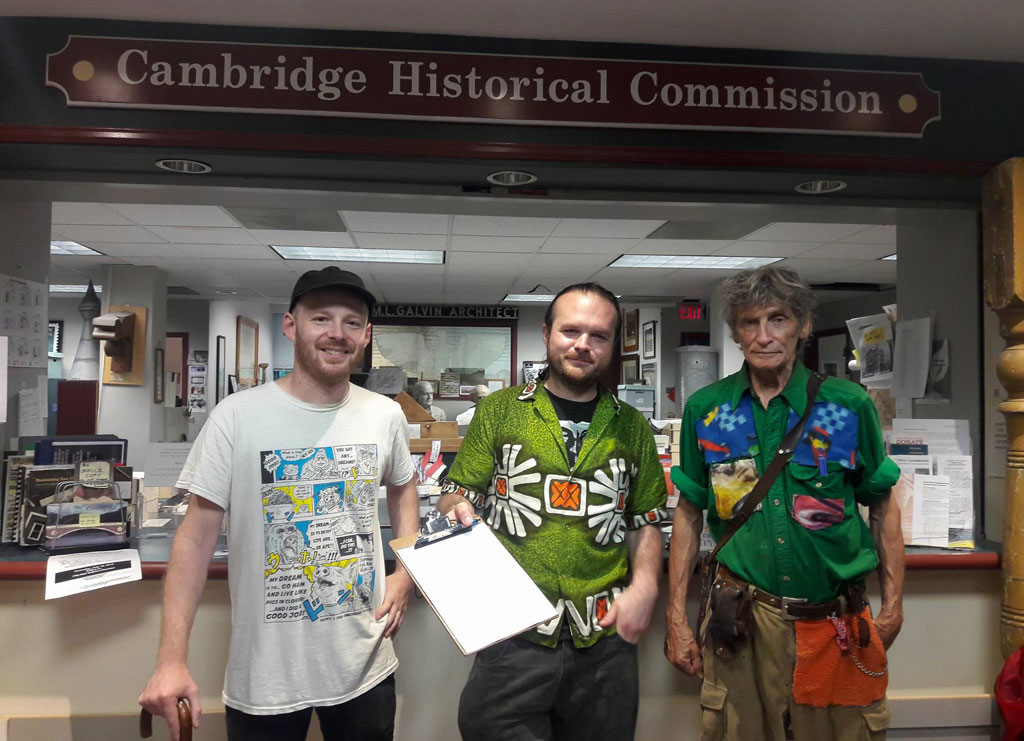 As the final musician leaves the EMF Building, commission is asked to consider landmarking

The last protesting tenant space was cleared out of the EMF Building in mid-July – 42 days after the owner officially evicted more than 200 artists and performers – but not without another blow being struck: a bid to landmark the Brookline Street building.

A petition was filed Tuesday with the Historical Commission to landmark the 23,554-square-foot, three-story brick structure built in 1921, a one-time electrical parts company that for a little over a decade served as an affordably priced music and arts ecosystem near Central Square, with 60 rehearsal spaces as well as recording studio and CD-burning businesses. The filers were filmmaker Steve Onderick, musician Ben Simon and the colorful Peter Valentine – a neighbor with his own local landmark: a colorful house and fence resulting from a resettlement by the Massachusetts Institute of Technology after he remained in the way of the creation of its 27-acre University Park in the 1990s.

“We think it has historical value. It was a unique part of the community for 10 years,” Onderick said of the building, noting the role it played in the music and entertainment that has made Central Square stand out as a nightlife mecca.

An EMF landmarking wouldn’t stop plans by owner John DiGiovanni to do a gut rehab and renovation of the building; though he said repeatedly in the spring that he didn’t know what he wanted to do with the site, DiGiovanni also reportedly told city officials that the work would cost upward of $4 million on top of the $4 million he spent under the name Ledgemoor to buy the building in 2016. DiGiovanni is also president of Trinity Property Management and of the board of the Harvard Square Business Association.

Landmarking would protect the exterior of the building, though. The Historical Commission would have to approve any construction, demolition or alteration of the structure that could be seen by a passer-by.

At least 10 registered voters must sign a petition for a landmarking to be considered, and the EMF petition had 16 signatures, Onderick said. If the commission accepts the petition, staff will report back on its historical significance and possibly recommend a landmarking. A positive vote by the commission would send the order to the City Council for its own vote.

The first step in the process might come as soon as Aug. 9.

Several EMF tenants went on occupying two or three rented spaces after the May 31 eviction date, saying they had oral lease agreements and questioning the legality of the orders to vacate. In at least some tenants’ understanding, they had yearly leases that hadn’t been fulfilled and “expected to be in the building for years to come,” Onderick said. There was still electricity and plumbing in the building, and people brought food in for them – a situation that went on even as DiGiovanni eventually had the locks changed June 5, forcing tenants to leave only warily and maintain shifts to ensure they could get back in.

The eviction protesters dropped away until finally only musician Jessie Jarva Land remained. 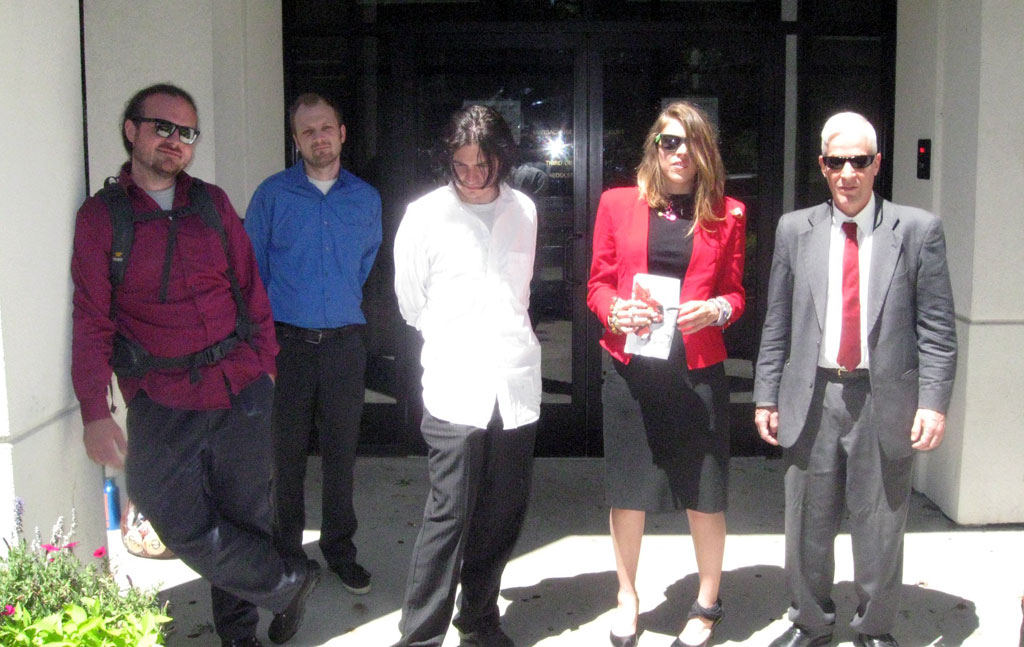 Jessie Jarva Land, second from right, and supporters at court July 12 to hear the results of her EMF eviction protest. (Photo: Johnny Berosh)

On July 12, a small contingent including Jarva Land and Onderick made their way to court for the final time, where a judge said her counterclaims against DiGiovanni’s businesses would have to be heard through a separate legal process. Jarva Land instead accepted a $3,000 settlement and moved out the next day.

“I would have liked to have gone further with the whole thing,” Jarva Land said Sunday. “The value to me is not $3,000 – it’s way beyond. But I have to believe I made the right decision” based on a lawyer’s advice.

“If everyone did what I did, things would be different,” she said. “Someone from Trinity Property Management came and offered to help me, and I could tell that they wanted me to leave but didn’t have legal standing. They could only try to intimidate me into giving up my rights. You have to know exactly what your rights are.”

Since leaving EMF, Jarva Land said she has been forced into an exhausting cycle of travel between Norwell, studio space in Lowell, local performances and touring.

On Sunday she remained emotional about the situation. “The value of that building is much more than what it means to DiGiovanni. It’s essential for that to exist” as an affordable arts ecosystem, she said. “I still think it’s possible to save EMF, and not only possible but necessary for us to overturn this. I’m not giving up.”