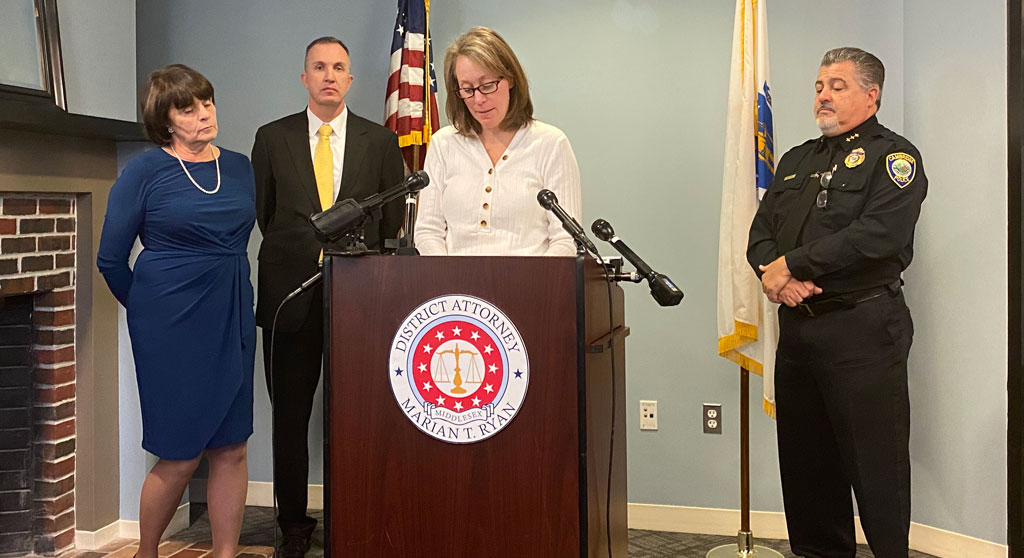 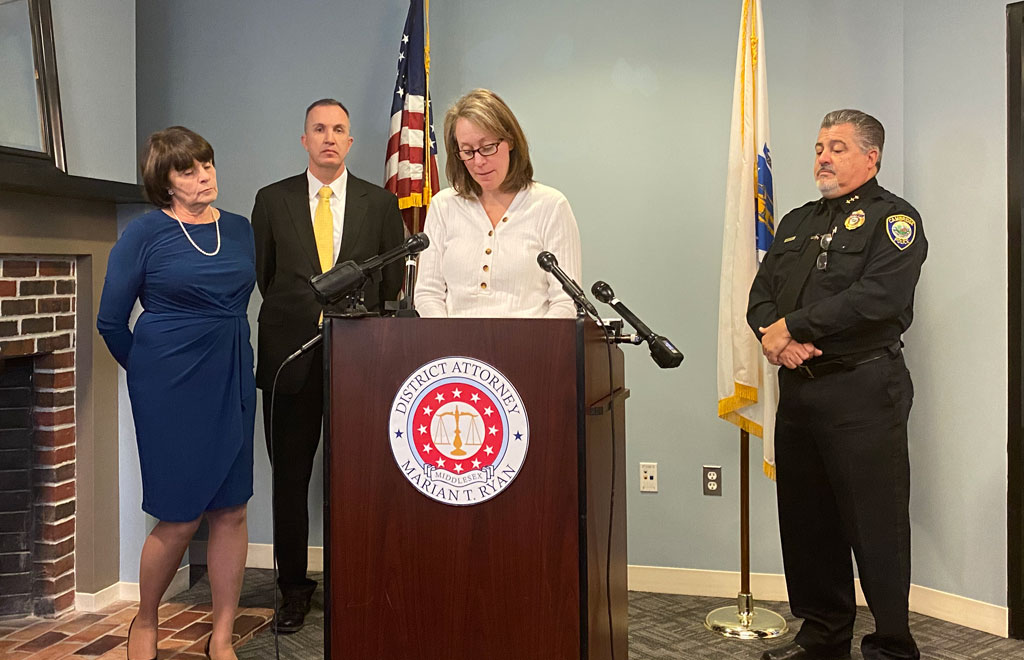 District Attorney Marian Ryan steps aside at a Thursday press conference in Woburn so Elizabeth Dobbins can speak on the one-year anniversary of the death of her brother, Paul Wilson. (Photo: Tom Meek)

On the one-year anniversary of the killing of Paul Wilson, 60, in Danehy Park, law enforcement officials gathered at the Middlesex District Attorney’s Office in Woburn on Thursday to assure the public they continue to investigate – and to ask again for the public’s help in finding the killer.

Joining them was Wilson’s sister, Elizabeth Dobbins, who reflected on Wilson as big man with a big heart, and a man who valued family and friends. “He could connect with anyone and everyone,” she said, calling his death “incomprehensible and senseless.”

While there was little new to be revealed by District Attorney Marian Ryan and Cambridge police Deputy Superintendent Leonard DiPietro, it was made clear that a bat found at the scene of the crime was not used to kill Wilson.

“There is nothing that connects this item with the crime,” officials said. “A search of the park following the attack resulted in the collection of several samples of biological matter. Forensic testing has been conducted indicating that some of the blood found at the scene was animal blood; testing on further biological evidence remains ongoing.” 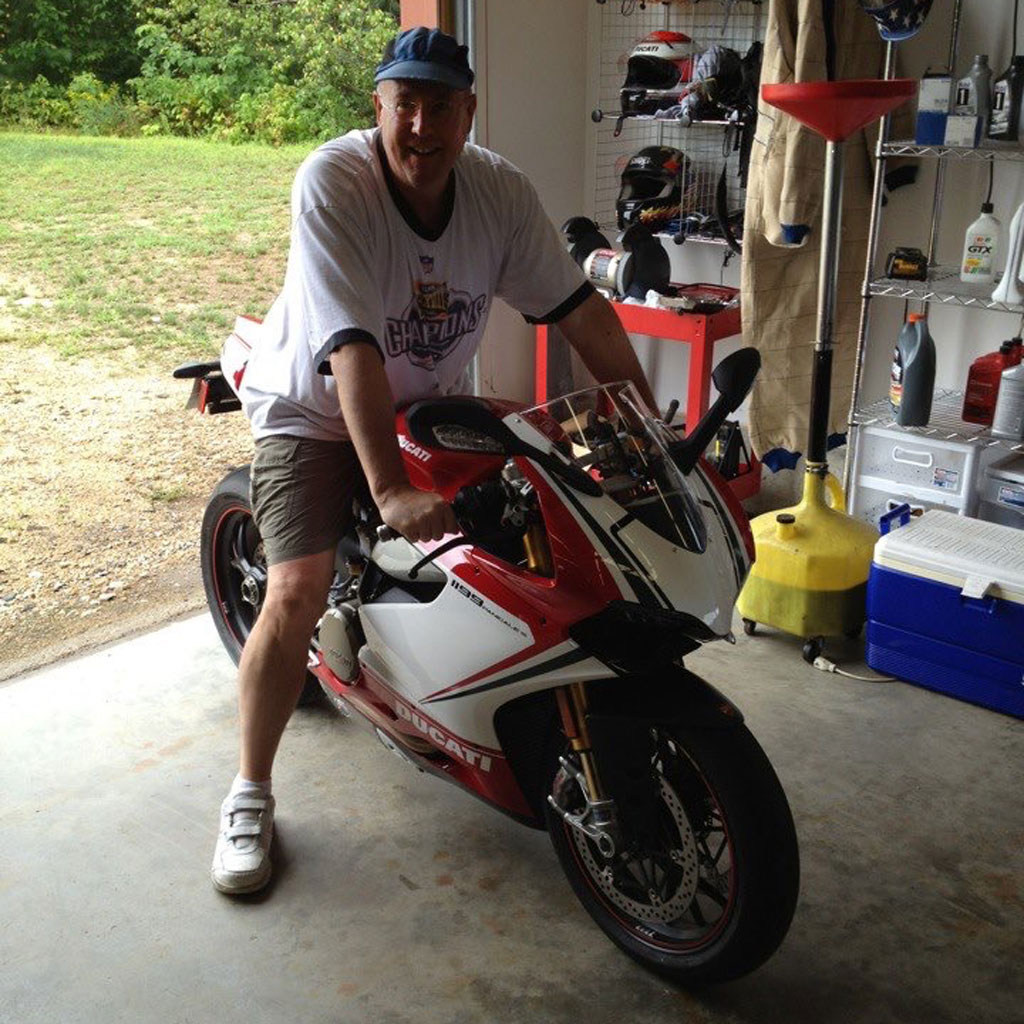 Videos given to police by people in the area have not provided any answers, and Ryan said hundreds of park neighbors and visitors have been interviewed. “By revisiting this anniversary today, we are reminding the community of this crime and reinforcing the need for cooperation and information from the general public,” DiPietro added.

It was also noted that since the attack on Wilson, “investigators have also been made aware of some similar incidents that have occurred in Cambridge and other communities” but are not connected to his death, they said. “He was also found with his belongings on him, including an Apple Watch – suggesting robbery was not the motive.”

On Jan. 2, 2019, Wilson returned from work at IBM to the Porter Square T station and rode a Blue Bike home, parking it by his house on Sherman Street before walking through the park,  investigators said. Wilson was found by a passer-by shortly before 6:48 p.m. on an asphalt path near the Danehy Park parking lot and dumpsters, near New Street. He was taken to Beth Israel Deaconess Hospital and pronounced dead from blunt force trauma at around 10:18 p.m.

“There’s no reason to believe the crime didn’t take place where the body was found [and] there’s more reason to believe it did,” Cambridge Police Commissioner Branville G. Bard Jr. said at a public meeting a year ago. “Mr. Wilson was found right under working lights in a well-lit area. That wasn’t the problem.”

The discussion of motive was similar to what was discussed a year ago.  Wilson was “brutally murdered,” Bard said, and Ryan said at the time that there was no reason to believe the intention of the attack, in which “most of the blows were to the top of the head,” was a robbery.

The death continues to be investigated by the Middlesex District Attorney’s Office, state police assigned there and by Cambridge police. “We have made some progress but have not ye identified a suspect,” Ryan said Thursday, renewing a call for anyone with information about the incident to call (781) 897-6600.