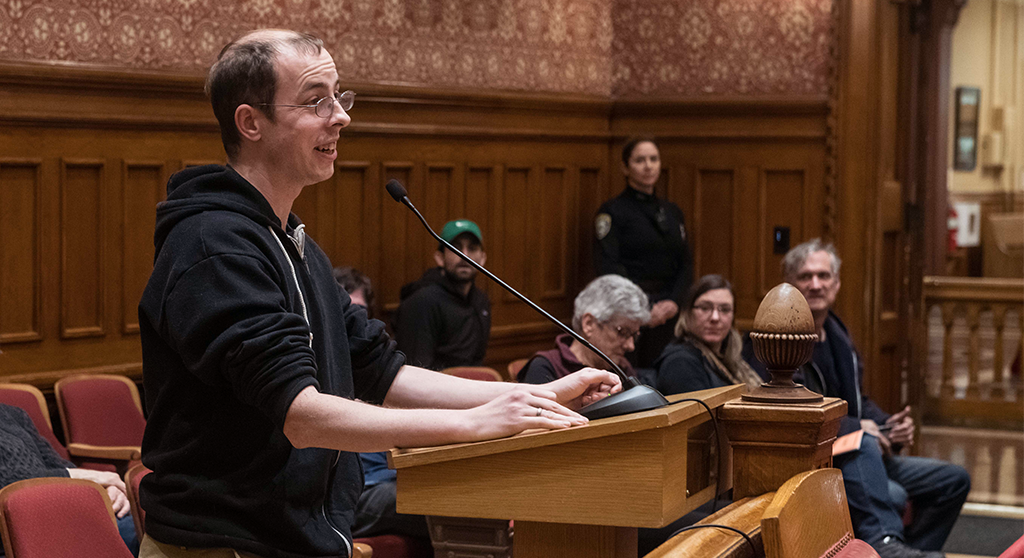 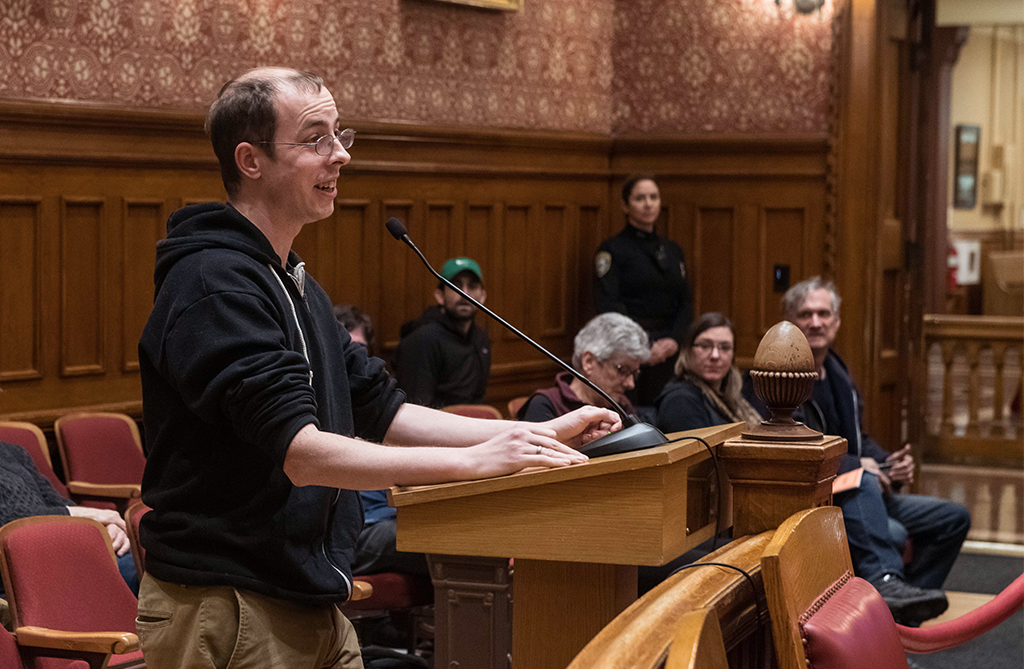 A never-explained refusal to produce a report on municipal broadband is angering city councillors and residents just as Louis A. DePasquale is asking to renew his contract as city manager.

What’s at stake is not even setting up a municipal broadband system to compete with Cambridge’s monopoly provider, Comcast, but for a study recommended in September 2016 to see whether such a system would be financially feasible. The task force was set up under a previous city manager, but the resistance has been all DePasquale’s, as he took office in November 2016 and councillors accepted the task force recommendation a month later.

The longer the delay, the more communities residents and officials can point to that have installed their own municipal broadband systems successfully, as they did Monday. The list includes seven in Massachusetts.

“I do think that this is feasible for us to do. But it’s even hard to say that it’s not, because we don’t have the study,” councillor Marc McGovern said, noting that other Internet providers have declined to come into the city to compete. “If we are going to have an alternative to Comcast, it’s going to have to come from us … Decisions need to be made. If the council gets information back and says, ‘You know, you’re right, this shouldn’t happen,’ then we need to put it to bed. But this sort of black hole of information isn’t helping anybody.”

Not only have residents suffered from slow speeds and bad service, according to a councillor policy order, but Census data show that up to 60 percent of low-income households here lack access to broadband – holding back students who can’t do online research and especially those with school-issued Chromebooks needing an Internet connection to work. Small businesses also struggle with a dearth of Comcast options that councillor Patty Nolan said “affects their ability to compete.”

The City Manager’s Office agreed in November 2018 to a “digital equity research initiative” looking at the city’s digital divide, but the council rolled its collective eyes and referred to it as wheel-spinning on the way to a municipal broadband solution. Still, city staff are open to giving an update on its digital equity findings, Nolan said Monday.

But the council has passed three orders asking the city manager to allocate funds for a feasibility study, vice mayor Alanna Mallon noted. “We are asking for this. Right now,” she said, before escalating that on the fly: “We are not just asking for this work, we are demanding it.”

Adding to frustration was remembering the city’s refusal to lay empty conduit when roads were already torn up for sewer projects, which would have reduced costs to one-twentieth of what it will likely face for broadband infrastructure, Dennie Carlone said, recalling an order from the 2014-2015 term. But Tim Toomey, first elected to the council in 1989, went Carlone one better by telling of municipal resistance to a citizens group in the 1980s that urged the city to lay its own cable.

Now the group being ignored is Upgrade Cambridge, which formed in 2018 to advocate for municipal broadband after the task force issued recommendations and members realized the city wasn’t taking action – or even being upfront on whether the task force was disbanded.

“Is that really the way we should be making decisions here in Cambridge? I mean, everything else we do with full information. On this one, the city manager has prevented that,” Tannenbaum said.

Several other citizens called for the feasibility study to go forward, including Kathy Watkins, who noted that her primary care physician communicates online, and James Collins, who said the only other place of several he’s lived that had no broadband competition was in rural, upstate New York. Upgrade member Christopher Schmidt was among them, saying “there is nothing that I can say that establishes how disappointed I am that this administration has elected with no evidence or data to simply not move forward.”

But Charles Franklin had words: “He disrespected you,” Franklin told the council, referring to DePasquale. “And he disrespected the people he serves.”

“Much work still to be done”

DePasquale told councillors Jan. 30 that he wanted to extend his contract beyond its expiration in nine months, and councillors met Feb. 19 in committee to begin consideration of the request. “I believe that I have worked effectively with the City Council to make significant progress on its priority areas and goals,” he said in a letter. “There is much work still to be done and I would like to continue to collaborate with the City Council and residents to achieve further progress in several priority areas.”

He went on to list 11 bullet points, including more affordable housing and “major capital infrastructure projects,” but did not mention municipal broadband.

The terms of his contract set in 2016 pay him $322,865 this year after starting four years earlier at $292,500. DePasquale would be likely to return for higher pay in a second term.