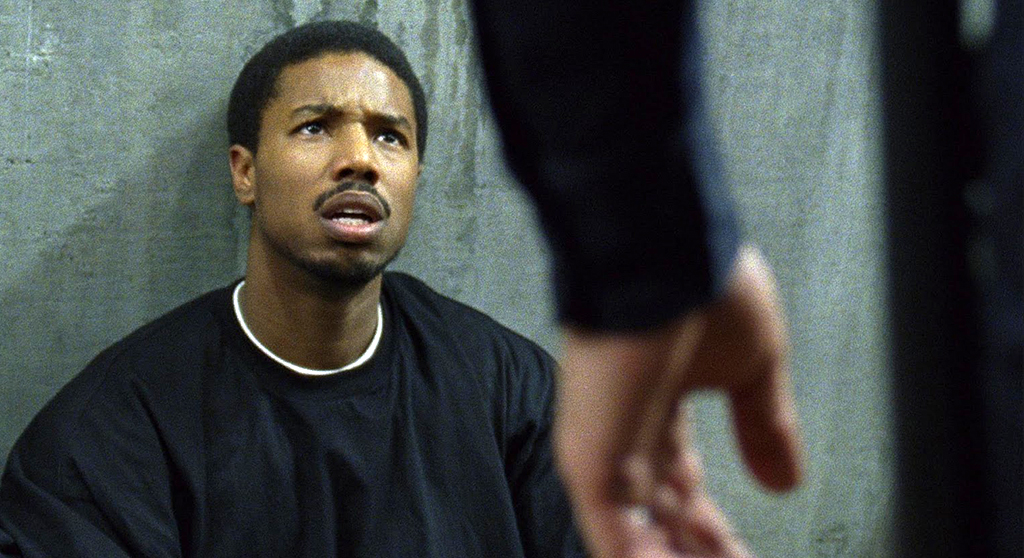 Experimental, unexpected and wholly consuming. Boaz Yakin, whose credits include “Fresh” (1994) and “Remember the Titans” (2000), births this sexy, wild tale of romance between two lovers (Aviva and Eden) who merge and part over time. Adding nuance, the parts of the lovers are played by four actors/dancers, a man and a woman for each role, Zina Zinchenko and Or Schraiber as Aviva, and Bobbi Jene Smith and Tyler Phillips as Eden, so sometimes the couple appears in a heterosexual alignment and other times in same-sex pairings. The sex in the film is quite graphic (and aesthetically erotic). It’s a musical of sorts, too, but with no singing, just dancing, The choreography is off the charts in its group synchronizations and timing. The cast is all in too, especially Smith, who breaks the fourth wall at the onset as she lounges on a bed nude, telling us what we’re in for. A cult hit in the making. Available to stream through art house theaters around the country; the closest one here for now is the Amherst Cinema.

James Franco stars and directs this fairly pat tale about wannabe movie star Tommy Wiseau, who went nowhere in Hollywood and instead made the godawful (now a cult hit) “disaster” of a movie “The Room” in 2003 for the same amount of money it took Quentin Tarantino to make “Pulp Fiction” nine years earlier. Franco, who plays Wiseau, tries to delve into the mystique of a man so committed to his craft. The audacity of Wiseau carries the film for a bit, but we never get his full background or how he got a cool 6 mill for such an inert, softcore bore.

One of the finest and most enduring cult films out there. I mean, how can you go wrong with a punk (Emilio Estevez), a square repo man (classic Harry Dean Stanton) and a 1964 Chevy Malibu with dead aliens in the trunk? The punk culture and seedy L.A. street life are all cured and pulled for their plump cinematic juiciness and accented by the ever-present twang of edgy surf guitar energy. Director Alex Cox would later make the riveting punk rock biopic “Sid and Nancy” (1986) and then fall from sight with critical flops such as “Repo Chick” (2009) and “Tombstone-Rashomon” (2017). With lines like, “Let’s go eat sushi and not pay” and its incredible sense of place, time and dark humor, “Repo Man” is a top must-see in the cult stack. The title song is done by the punk prince himself, Iggy Pop.

In 1967, Sidney Poitier made two of the most groundbreaking films concerning race in the America of the civil rights movement, “Guess Who’s Coming to Dinner” and this crime thriller about a black Northern detective (Poitier) stuck in a racist Mississippi town. Because of concerns about such material in the South at the time, the film was shot in Illinois. Poitier and Rod Steiger, as the small-town, cud-chewing sheriff, give tremendous performances, and the film takes its time to build and plumb their characters. The film would rightly win five Oscars, including Best Picture and Best Actor, for Steiger. Poitier should have been nominated. He was the first black male actor to win the Best Oscar statue in 1963 for “Lilies in the Field,” and it would be almost 40 years until the next: Denzel Washington for “Training Day” (2001).

At the time I reviewed Ryan Coogler’s searing film about people of color’s duress under police profiling, the George Zimmerman trial was going on. Now, with the George Floyd murder, this cuts even closer to the bone as we spend a day with Oscar Grant (Michael B. Jordan) getting to know him and care for him, learning about his life and hopes for the future – before circumstance and an encounter with police changes all that. It’s as prophetic and timely as Spike Lee’s “Do the Right Thing” (1989), and a painful yet insightful view into what ails America today.

A telling chronicle of rage – and a reflection of the rage felt now. This documentary by Dan Lindsay and T.J. Martin follows the Rodney King beating, the dismissal of chargers and the dayslong siege of riots and looting in Los Angeles in 1992 that killed scores of people. The videotaped beatings are often hard to watch, and from the vast footage you see just how much of the city was burned and how emotional and sincere King was in his “Can’t we get along” plea.

Jeff Nichols’ film doesn’t come out grandstanding about racism and hate, but instead moves in small, wispy strokes as it builds a portrait of a time in America when systemic bigotry was backed and enforced by the law. Joel Edgerton and Ruth Negga give deeply felt performances as real-life interracial couple Richard and Mildred Loving, who were arrested for getting married in 1958 Virginia. All they want to do is to be together and be left alone, but neither the law nor the media heeds their wishes. Heartbreaking and genuine.

Perhaps the most iconic of the American New Wave films (yes, I know, “The French Connection” and the “Godfather” films) because of its style and context: the dirty ’70s and mistrust of the U.S. government in the wake of Nixon’s resignation. What better wrapper than a lonely, disenfranchised cab driver with PTSD who wants to do something about it and his pining desire for a presidential campaign worker who’s in a vastly different place intellectually and culturally (Cybill Shepherd). Robert De Niro, teaming again with Martin Scorsese (after “Mean Streets”), begins his infallible run of method acting wins here as the film’s pivotal ticking time bomb, Travis Bickle. The screenplay by Paul Schrader captures the anger in the streets at the time, which is poetically reflected by Michael Chapman’s gorgeous, rain-slicked cinematography (he also shot “Raging Bull”) and Bernard Herrmann’s haunting, emotionally expressive score. The incredible cast includes Albert Brooks, Peter Boyle, Scorsese regular Harvey Keitel and a very young Jodie Foster.

A nightmare played for comedy as a meek New York City data processor goes out for a cup of coffee and ends up trapped in SoHo for the entirety of the evening. Small acts such as jumping a turnstile turn Paul Hackett (Griffin Dunne) into the most wanted man by the police and angry crimewatch mobs – bet you didn’t know bohemians had such a hard-hitting side. The quiet moments off the street, when shelter is provided by various quirky women (Verna Bloom, Linda Fiorentino, Rosanna Arquette, Teri Garr and Catherine O’Hara), are complex beyond the situational setup. A great tech time capsule from not too long ago, when PCs were rooted to the desktop and you needed change to place a phone call on a busy street corner.

Fantastic cast in an awkward yet creepy narrative about rich people who believe they are above the law. Diane Lane plays a massage therapist who comes to live in the home of a wealthy New Jersey industrialist (Donald Sutherland) with her son (Anton Yelchin). The power broker clearly has other designs, and then there are his spoiled children and grandchildren (Chris Evans and Kristen Stewart). Dark perversions, sex and ancient tribal rituals all factor into this sordid affair directed by Griffin Dunne, who – while no Scorsese – is competent behind the lens.