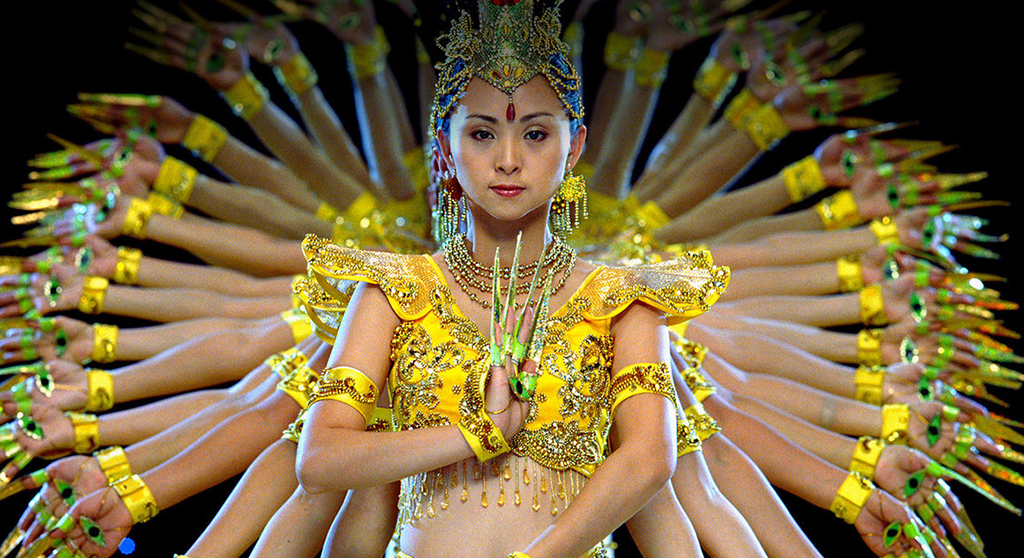 As part of its virtual programing, the Brattle hosts a special screening of Luchino Visconti’s “L’Innocente” (1976) through Thursday. Proceeds from your rental goes to benefit the Brattle, while you get to take in the final from the mind behind such Italian classics as “The Leopard” (1963) and “Rocco and His Brothers” (1960).

A smash-mouth, fast-paced WWI thriller that has two British runners – think “Gallipoli” (1981) – sent through trench warfare hell to deliver a message that will save 1,600 lives. The single-shot-style and orchestration of war’s sudden violent eruptions set to Thomas Newman’s soul-shaking score is riveting and edgy, with no letdown. George MacKay, who stars in the recently reviewed “True History of the Kelly Gang,” plays the imperiled hero with the right blend of wide-eyed innocence and heroic resolve. The film rightfully won Oscars in cinematography (Richard Deakins, who also did “Blade Runner 2049”), sound mixing and visual effects.

The latest imperiled-lass-turned-avenging-angel from Luc Besson, who mined similar ground with “Lucy” (2014) and pretty much defined the genre with his 1990 hit, “Le Femme Nikita.” The film was released stealthily last year after #MeToo allegations dogged Besson, and as a result made a paltry $3 million in its U.S. opening. Nonetheless, the film, which thrusts forth model Sasha Luss as a model waif transformed into a Russian assassin and double/triple agent, packs a thriller punch. Not on par with “Atomic Blonde” (2017), but running behind in the pack with “Red Sparrow” (2018), though it’s got Helen Mirren as a cold KGB handler.

Chris Hemsworth is a killing machine as a burned-out mercenary who takes a package (the son of a drug lord) across the crowded, narrow confines of Dhaka, Bangladesh. There’s a series of action sequences that are as jaw-dropping as they are exhausting – they’re Jason Bourne. Hemsworth, known for his “Thor” throwdowns, is directed by Sam Hargrave, whose primary credits are stunts on Marvel flicks – and to further the MCU connection, “Extraction” is written by “Avengers” director Joe Russo from his graphic novel, “Ciudad.” The first 45 minutes of “Extraction” are exhilarating; then we dip into the cat and mouse, backstory and snaky sub-agendas. It saps the energy some, but “Extraction” comes back with a flourish. A step up from the similar Mark Wahlberg affair, “Mile 22.”

Helmed by French gore maestro Alexandre Aja (“High Tension”), this horror film surrounding a father and daughter with gators after a flood in the bayous of New Orleans (shades of Katrina) has earned something of a cult status. The local tie is that it’s written by the Rasmussen brothers (Michael and Shawn), who relocated to Cambridge after college and shot their second feature, “The Inhabitants” (2015), out in Wayland. The film’s a pat use of the area, and the situation never really shoots in new directions. The CGI gators are impressive (if implausible) and reminded me uncomfortably of my own distant encounter in the waters of Disney World.

The winner of last year’s Best Documentary Oscar. In post-industrial Ohio, a Chinese billionaire takes over an abandoned General Motors plant, transforming it into an auto glass factory and hiring back displaced workers. Hope and optimism turn quickly into a culture clash and a stark reflection on Chinese and American values and each nation’s station in the world economy. The unflinching examination is a bit of a mirror to the face and a gripping drama of where we are and may be heading.

Blaxploitation personified, and a cheeky cultural time capsule. The style and attitude of the time was bold and beautiful, and captured well in Jack Hill’s revenge drama about a nurse (Pam Grier) going undercover as one of a drug dealer’s harem. The racy outfits and hip dialogue are all on display, but at the center is Grier’s titular avenger (most Gen X and younger probably know the actress only from her wonderful turn in Quentin Tarantino’s 1997 “Jackie Brown”), black, feminine and empowered.

A film bold and brave in its time, delving into race relations amid the civil rights movement and pairing some of the biggest names in film in one tight drama. A white woman (Katherine Houghton) and her black boyfriend (Sidney Poitier) come to the San Francisco nest of her parents (Spencer Tracy and Katherine Hepburn) to tell them they’re going to get married.The catch is that they don’t know he’s black. The film may feel somewhat dated, but the performances and the emotional and socially biting material remain spot on – maybe even more so now. This would be the last film for Tracy, who died right after it was released, and marked a very big year for Poitier, who starred at the same time in “To Sir, with Love” and the Oscar winner for Best Picture, “In the Heat of the Night.”

A beautifully shot (in stunning 70 mm), world-hopping documentary in the vein of Godfrey Reggio’s Qatsi trilogy or Victor Kossakovsky’s “Aquarela” (2019) visits traditional Asian communities, electrically lit cityscapes and places of desolation. There’s no dialogue, and little connection except the monks making a meticulous, full-room motif of life from chalk powder. It’s riveting in composition and soundtrack. Turn it on and you won’t be able to look away.

Jennifer Kent’s follow-up to surprise indie horror hit “The Babadook” is something entirely different but every bit as grim and harrowing. Set in the Tasmanian outback during the early 1800s – another selection related to “True History of the Kelly Gang,” this time in texture – the yarn tells of an escalating feud between a penal colony prisoner (Aisling Franciosi, who played Lyanna Stark in “Game of Thrones”) and a cruel British officer (Sam Claflin, who played Finnick Odair in “The Hunger Games” series). It’s a riveting watch, but be warned: Some of the acts depicted are so barbaric and graphic, folks walked out of the Sydney premiere.