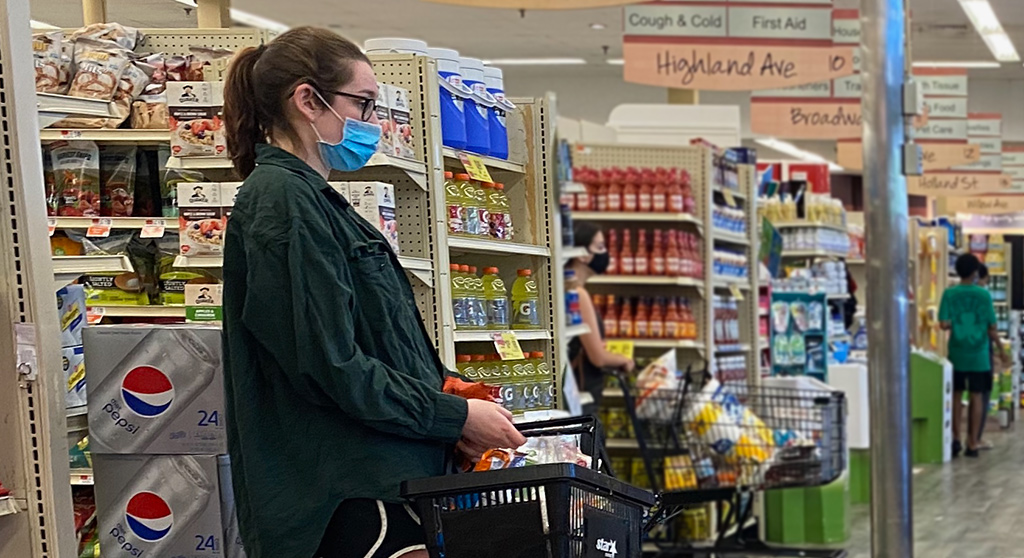 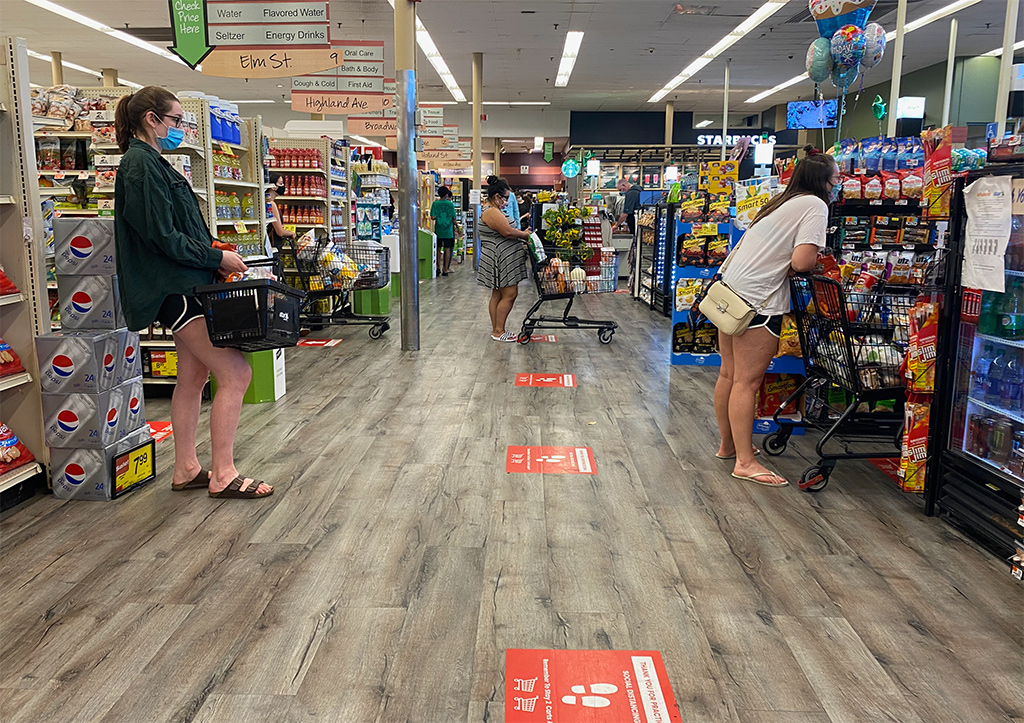 Cambridge health officials are keeping an eye on a slight increase in cases of coronavirus, particularly in residents in their 20s and 30s. (Photo: Marc Levy)

Cambridge health officials are keeping an eye on a slight increase in cases of coronavirus, particularly in residents in their 20s and 30s, and could tighten restrictions if necessary, they told city councillors Monday. Although “the relative numbers are small, if you look at our overall case count … it’s clear that gatherings large and small, indoor and outdoor, where folks have not been wearing masks or practicing physical distancing are the primary drivers for this uptick,” Chief Public Health Officer Claude Jacob said.

“The city has loosened some of [its] requirements a little bit, and I’m thinking of the mask mandate that we kind of watered down,” councillor Marc McGovern observed. “Are we looking at do we need to step back a little bit and … tighten those measures again?”

Indeed, the department is considering “whether it behooves Cambridge to step back a little bit, even if the governor chooses not to,” said Dr. Lisa Dobberteen, chief medical officer of the Cambridge Public Health Department.

Gov. Charlie Baker did step back, imposing new travel restrictions, tighter limits on attendees at outdoor gatherings and sale of alcohol by restaurants and bars, and indefinitely postponing the final phase of reopening. Jacob said the city was looking at fitness centers, gyms, the use of outdoor spaces, outdoor dining and “limits on indoor gatherings, which we already do, but we could continue to raise the bar.”

Last month the city’s public health department downplayed the number of cases among people in their 20s and 30s, saying infections were not rising much and congratulating younger people on observing precautions.

In the past week, the number of Covid-19 infections has increased by 28 cases; 18 were in the 20-to-40 age group, according to the city’s daily updates.

The state Department of Public Health publishes a weekly report of cases by city and town every Wednesday and posts daily reports of cases, tests and deaths in the past 24 hours and the totals since March 10. The most recent weekly report said the trend in Cambridge’s case count over the previous two weeks was an increase.

The state’s numbers don’t always agree with the city’s total – as of Monday, the state total of deaths of Cambridge residents since March 10 was 106, while the city’s count has remained 99 for weeks. Previously the city health department acknowledged that the state and the city counts could differ and there is no way to tell which is correct.

According to the state weekly report, Cambridge’s percentage of Covid-19 positive tests was 0.80 over the previous two weeks, much lower than other equally large cities and towns and well below the level of 5 percent that public health officials consider too high to relax precautions.

The health department continues to offer free Covid-19 tests to residents two days a week in The Port and North Cambridge. Before that the city offered tests in four locations; the city has also tested homeless people, residents in senior public housing and staff and residents of long-term care facilities. Jacob said the department has conducted more than 6,000 tests and demand is still high. Overall, 35,422 Cambridge residents have been tested since March, according to the state’s Wednesday weekly report.

On Monday, councillor Jivan Sobrinho-Wheeler said he was looking online and could not find test slots available; late Tuesday, an independent test had the same results.

Now the health department is preparing to help Cambridge Public Schools test students and staff as schools partially reopen in September. Although the plan calls for only one test per person at the beginning of the fall session, Jacob told councillors that “more complex surveillance” is planned for students, and Dobberteen said there will be “much more” than one test; however, she said the city can’t require staff to be tested because of union contracts.

Watching for Covid-19 at schools

In an interview, Jacob said the health department is working with the schools to provide “the additional staffing” needed to do the tests. As with the city’s other testing programs, the Broad Institute of Harvard University and the Massachusetts Institute of Technology will analyze the nasal samples collected. The research institute has developed a high-speed system that can handle thousands of samples and produce results in 24 to 36 hours, unlike some commercial labs that have become overwhelmed with samples from hot spots across the country.

Some scientists are advocating the use of different tests than the “gold standard” analyses that look for a piece of the Covid-19 virus, known as PCR tests, which are highly accurate. The scientists say PCR tests are good for diagnosis of patients but too slow and expensive for public health. They say cheap antigen tests that identify a protein on the virus can be performed repeatedly, even at home, offering a way to detect an outbreak even though they may have some false results. Jacob said PCR tests will be used for the schools.

The city health department also has agreements with Harvard University, the Massachusetts Institute of Technology, Lesley University and the Hult International School of Business to be notified of students or staff in Cambridge who test positive, Jacob said.

Harvard and MIT, which are bringing some students back to campus, will test students as often as two or three times a week, according to their websites. Lesley will restrict on-campus education to those who must have access and will house any returning students in hotels; apparently one test is required. Hult’s website says its campus will reopen and does not mention testing.

Jacob said Harvard and MIT will do contact tracing of anyone in the university community who tests positive, and the city will trace non-university contacts.