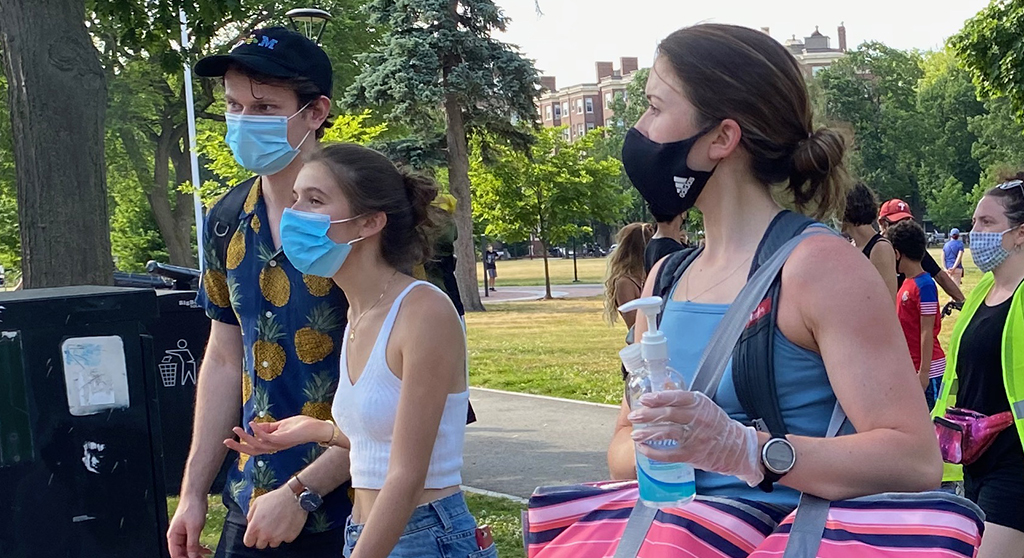 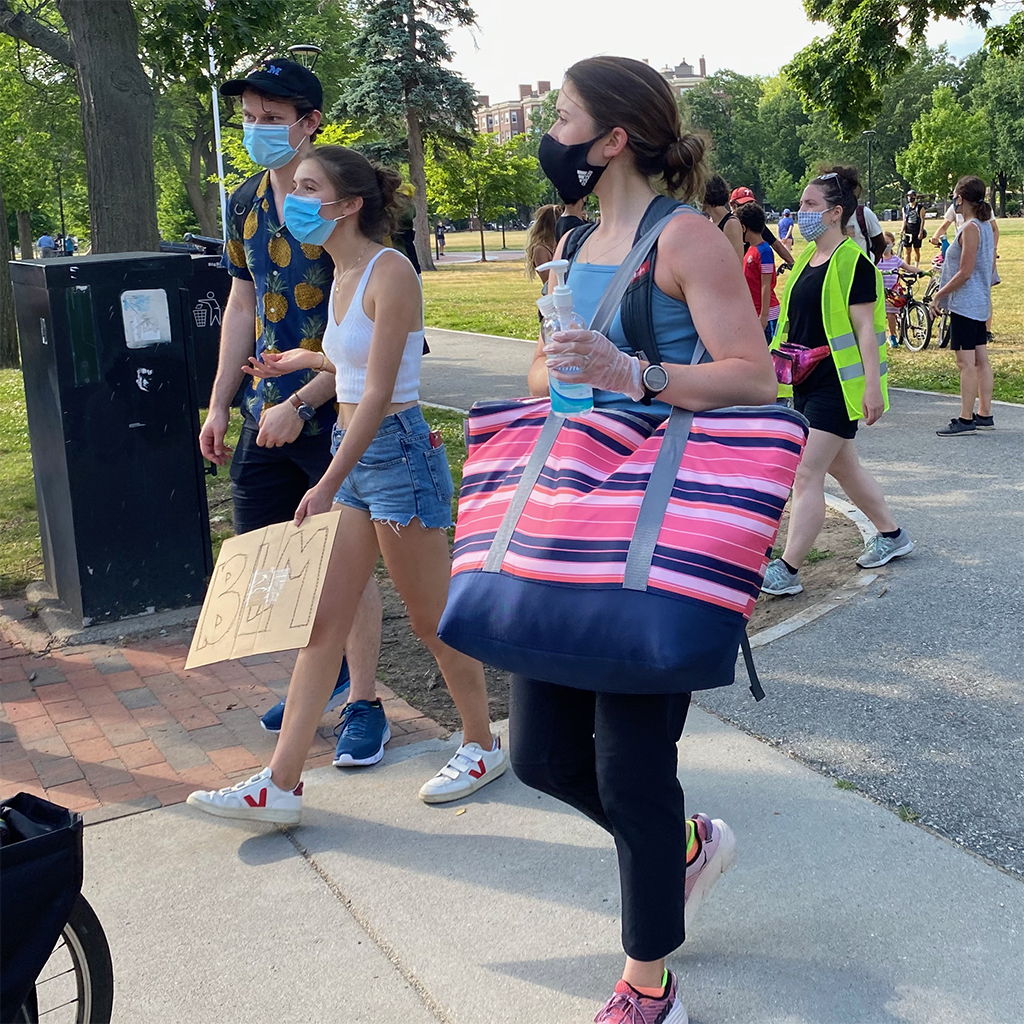 Cases of coronavirus among Cambridge’s 20-somethings are on the rise – at least as cases among other age groups wane. (Photo: Marc Levy)

Covid-19 cases among residents in their 20s account for an increasing proportion of infections in Cambridge and have grown to more than 46 percent of new cases in the past two weeks, according to data on cases among people who don’t live in long-term care facilities. The Cambridge Public Health Department, which reports the daily coronavirus case counts that show this trend, discounted the significance of the numbers when asked to comment.

Infections in people aged 20 to 29 rose to 170 from 153 between June 14-28, an increase of 17 cases. That amounted to 46 percent of the 37 new infections outside nursing homes and assisted-living facilities, according to health department reports. During the previous two weeks, new cases among people in their 20s made up 36 percent of the total increase outside long-term care.

The 20-to-29 age group made up an increasing percentage of new cases because the numbers in other age groups have dropped, the department said. Asked whether the health department is concerned about the number of new cases in people in their 20s and the fact it’s been higher than in other age groups, spokeswoman Susan Feinberg said: “We are encouraged that as the state has reopened, the number of cases among young adults (age 20-29) in Cambridge has not increased. We urge residents in their 20s to remain vigilant about wearing face coverings and physical distancing when socializing and out in public.”

The case count numbers from day to day and week to week may not show when some younger people got infected. The department said “a significant proportion” of positive cases among people in their 20s are from antibody tests: 26 percent of the total as of June 29. The percentage diagnosed by antibody tests is lower for other age groups: 17 percent for people in their 30s and less than 8 percent for all other age groups, the health department said. People with a positive antibody test have been exposed in the past or might even have a current infection but it may not be clear when they were infected.

Feinberg said the department is working on “reclassifying [the date] of all Cambridge cases by date of symptom onset” if that information is available, instead of the current system that counts a case when it is diagnosed. The change may push some of the cases in young people back to earlier periods, she said.

The figures showing an increased proportion of new coronavirus cases among people in their 20s come as doctors and health officials in states where the virus is spiraling out of control say they do see many more cases in young people. In those places, unlike in Cambridge, the number as well as the percentage of infections in young adults is increasing.